A feud we've been reporting on for what seems like forever, which has previously seen Anish Kapoor banned from using the “world's pinkest pink,” continues apace, with its creator, Stuart Semple, now prohibiting the artist (and his arch nemesis at this point it would appear) from using his new colour-changing paint. 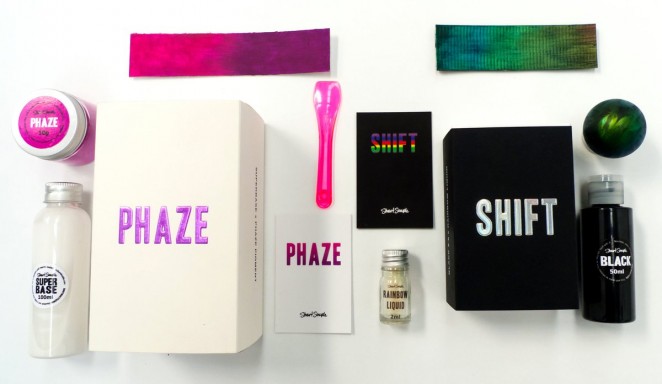 The artists have been at war ever since Kapoor received exclusive rights to the revolutionary Vantablack pigment, which is said to be the blackest shade of black ever created. In defiant retaliation, Semple created the “world's pinkest pink” paint pigment and banned Kapoor from purchasing it. Now the British artist has done the same thing with his Phaze colour-changing paint. 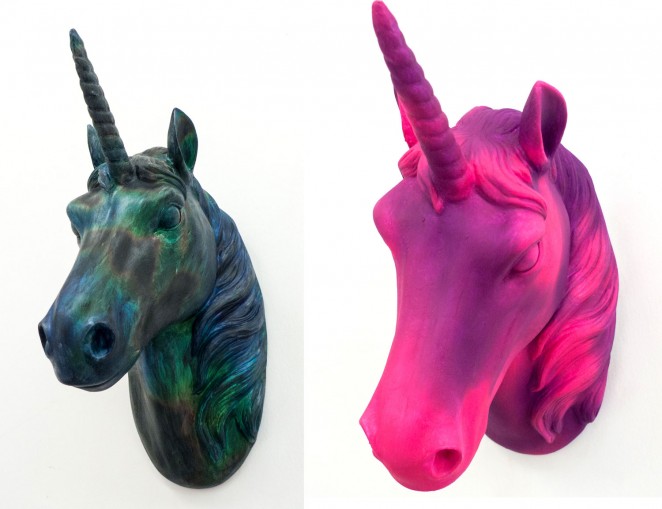 As with all of Semple's pigments, Phaze is available to purchase from the artist's online store, however, a disclaimer states that customers must confirm before purchasing that the paint “will not make its way into the hands of Anish Kapoor.” They are also obliged to agree to a legal declaration that states: “You are not Anish Kapoor, you are in no way affiliated to Anish Kapoor, you are not purchasing this item on behalf of Anish Kapoor or an associate of Anish Kapoor.” To show the effects of the paint, Semple used it to cover a model of a unicorn's head before heating it up using a hairdryerin the video below.

The Phaze acrylic paint coats objects in an ultra-matt finish, and changes from a purple shade to a bright pink when exposed to temperatures above 28 degrees Celsius. Semple said of his latest creation: “Whatever you paint with Phaze will fade between the two colours at temperatures above 28 degrees centigrade. If you touch it, breathe on it or move it from cold to hot you'll see this incredible effect.” The Phaze paint was released alongside another new paint called “Shift,” which is applied over Semple’s existing Blackest Black to form an iridescent, multi-coloured sheen. 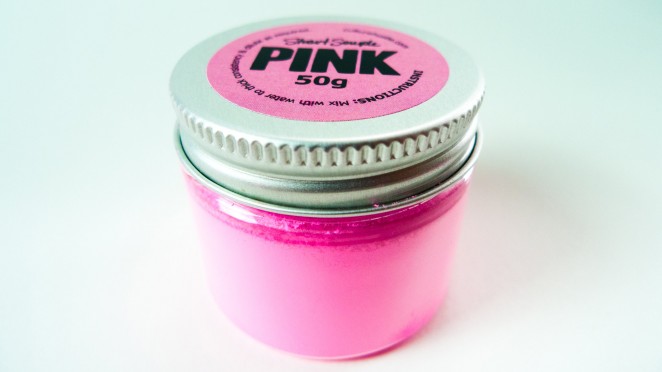 Although the same precautions were taken with Semple's pink pigment, however, Kapoor still managed to get his hands on it and posted a picture of his middle finger dipped in the paint to his Instagram account with the caption “Up yours #pink.” Not admitting defeat, Semple then created the “world's most glittery glitter,” the “world's greenest green” and a even a cherry-scented version of Kapoor's own Vantablack. He is also urging purchasers to sign a petition to “stop Kapoor from stealing the light and colour from his neighbours” – a thinly veiled reference to the artist's plans to add a roof extension to his studio in London's Camberwell. 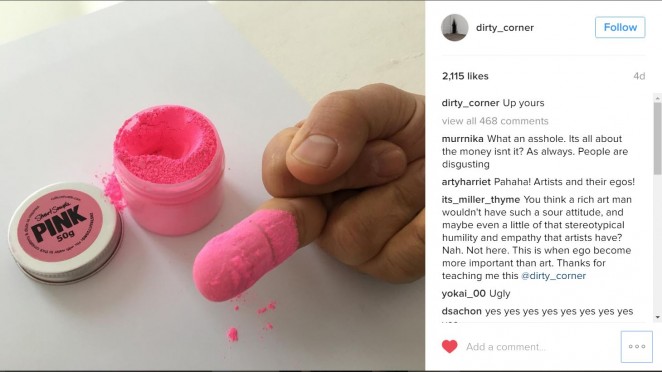 It's just the latest move in a saga that even Semple himself admits has gone too far, with the artist admitting as much after Kapoor flouted his use of the Pink paint, he explained: “This whole colour war has gone too far. He's hoarding the black to make wristwatches, run off with my Pink and given everyone the finger. We've got a better black now so it's time to bury the hate.” At this point, one has to wonder if it's all a smokescreen, and his is all an elaborate prank engineered to manufacture column inches. Either way, it's certainly working.