The heroes of a Production Designer - #MemberSpotlight

Ever wondered who makes all those beautiful buildings and sets you see in films, TV shows and on stage? That would be the careful, precise and beautifully creative job of a Production Designer.

Hakan Yoruk has been designing sets for six years, and he is still quite sure he has found his dream job in creating those wondrous worlds we see around actors. But where do production designers find their inspiration?

It would be easy and almost tempting to say 'the world around us.' It would also be extremely simplistic. When looking for inspiration, Hakan recommends taking a step back and looking at things from a different angle. And that is when studying other creatives and their work comes in.

For this Member Spotlight, we are learning more about what it means to be a Production Designer and what Hakan's wishes are for the future of the whole industry.

In the first year of my architectural study in Istanbul, a friend asked me one day, “Who designs those buildings, cities and worlds that we see in films?” I couldn’t give an answer right away, but made my research later only to find out whom production designers are: film architects. I instantly felt that I found my dream job and it’s been six years now that I design sets for film, television and theater.

First, I designed for a small budget theater play that my friend was directing in my former high school. Then, there were a few student short films I somehow got involved through my expanding network. These projects with little or no payment helped me to gain some experience and build a portfolio with more than a few pages. So when I was first introduced to the right people from the industry, I was able to show them something more rigid and it definitely helped me to get hired for my first “job”. When I got a small role in an art department of a high budget feature film in 2015, I was officially a working professional in the industry. 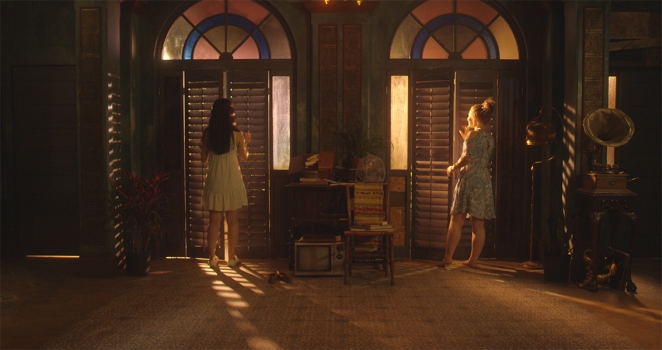 I often travel for work. It is in the nature of my profession in which you can easily find yourself working either in a different city or even a country. Because of that, I needed to change where I live on my resume five times through the last six years. I worked in different cities in Turkey, the US and Hong Kong. So I guess it was one of those questions that I looked for an answer quite a bit.

But recently, I moved to London and I am finally planning to settle here for good. A few months ago, I set up a design company, providing services for film, television and theater productions. So right now, I guess I can be called as a self-employed designer, continuously looking for collaborators to help them telling compelling and engaging stories through my design work.

If I weren’t introduced to the production design, probably I would stick to the architecture and mainly focus on improving myself in that field. I might be working in an architectural firm at the moment or already had my own company.

It’s so fluid and loose that I find it difficult to describe it through words; because it’s constantly changing depending on not only the industry but also the project itself. Is it film, TV or theater? Is it a horror or a comedy? What is the budget and the duration of the project? What is the end goal we all are trying to achieve?

Whenever the answer differs, it also means a change in the way that I approach to the project as a designer.

However, there is one thing that never changes in the process, which is the fact that I am a storyteller before anything. Apart from the design medium, industry needs or the scope of the project, the narrative is what shapes my creative process more than anything. It most definitely starts with a text -a script, a play or a treatment-, that later becomes my most important and valuable resource. I have to understand the character, -their needs, motivations and goals-, so that I can design their environment believable enough to capture the audience. In order to do that, I have to forget that I am the production designer and disguise myself as one of characters for the sake of my set design and decoration choices. What would a French carpenter living in San Francisco think about this porch? Or what’s in the fridge of a lonely newspaper delivery guy in Pasadena? In this way, I can truly become invisible with my work and allow the audience to experience the story in the most refined and purest way.

With the introduction of computer-generated imagery, designers have been able to integrate digital visuals to the physical one quite easily in the post-production phase. Now it’s been happening for over a few decades and getting better every day. I find it quite normal that many filmmakers are afraid of its killing authenticity. But to me, we should go for it by any cause. Cinema should never be something old-fashioned, and it must always search for something new. By simply looking at the history, you can easily notice the parallelism between the contemporary and the cinema. They are meant to follow each other. And we, as filmmakers, are needed to adapt ourselves for these constant shifts and changes in the industry.

Right now, there is another major change coming in the film industry with the involvement of virtual and augmented reality. We are talking about a new way of storytelling, as I expect it to be more dominant within a few decades. The demand for a more immersive and experience-related content is getting significant, as many filmmakers have already started to respond it by creating exclusively for certain platforms by shooting with 360 cameras and/or utilising interactive storylines. It’s hard to predict what’s next, but there is no doubt that it will keep exciting everyone. 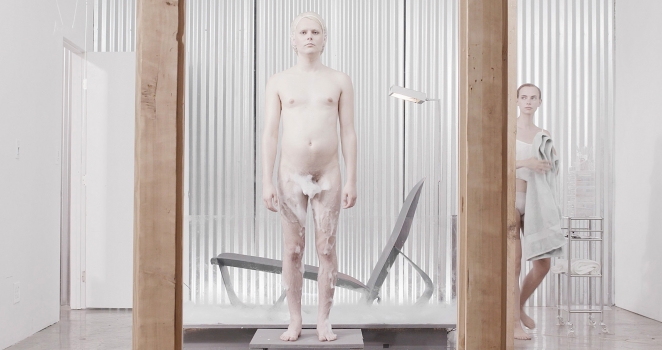 Seeing other creatives’ work has always been a big motivation for me. Whenever I struggle to keep up, I have always looked at the people who were the main reason why I picked my profession. To see their work and hear out what they say always gives me the courage to dream bigger and the energy to work harder for it.

On the other hand, it’s quite tricky when it comes to the inspiration. Sometimes, if you’re stuck at some point, you just need to take a few steps back. Focusing on one thing more than needed is a simple and common mistake. You have to look at a different direction in the moment of a crisis. Maybe that’s also why we have our best ideas in the shower, but not against a laptop screen or a blank page in our sketchbooks. I can only think of how many good songs are written after a visit at a park or how many good logos are designed after a nice dinner with close friends. I believe that the inspiration we all seek for is usually hid somewhere besides our workspace and can only come out in the right moment outside working hours. So I’d encourage all creative, no matter in which field they’re in, to keep that piece of advice in their mind. At least, that’s how it works for me. 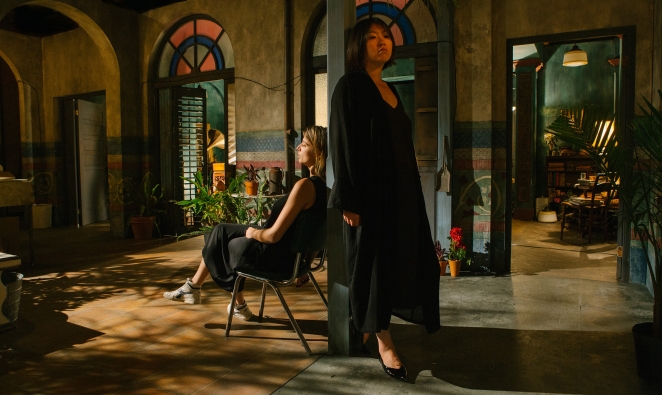 To be selected into Art Director’s Guild Production Design Initiative. It always feels nice to be acknowledged by the people whom I share the same profession with.

What advice would you give to other aspiring creative looking for work?

There is so much to say about how to make a portfolio better, which skills to gain or improve, what software to learn. And all that advice might be quite helpful for an aspiring designer to land in their first jobs earlier in their career. However, I’d like to point out another aspect of the industry which would be much more beneficial in the long term.

We all are dealing with very long working hours that can reach up to 16 hours a day at some places in the world. Never forget that filmmaking is teamwork and always remember to rely on each other’s contribution through these long hours. So try to be as collaborative as possible. Be kind, generous and good-humored. At the end of the day, that’s the only way to maintain a healthy working environment. And I guarantee you that you’d benefit from your personality and attitude more than your skillset in your job hunt and it’ll provide you a steadier career as a freelancer.

“Mental health” has become something of a buzzword in recent years and I honestly have conflicted feelings about it. I’ve struggled with my on mental health throughout my adult life and I know for a fact that most of my friends and...

How would rate our work today?

Was reading about the release of ‘Bad Reviews’ (Aleksandra Mir and Tim Griffin) who’ve painstakingly brought together 150 artist’s worst reviews, prompting memory-lane moments where my own work was (quite rightly) excoriated by tutors and...

Strange times provoke strange thoughts - not helped when the news is a constant barrage of mixed messages about how we’re all going to be doing economically in the next few years - and what’s bothering me is what kind of an economy are we going...