At an event in Paris earlier this week, Coca-Cola's Chief Marketing Officer, Marcos de Quinto, revealed a new “One Brand” global marketing strategy that, for the first time in its history, unites all of the Coca-Cola brands under one brand positioning in a cohesive global creative campaign called “Taste the Feeling.” The campaign will roll out at various times across all markets globally in 2016 and will come to life through a number of elements, including 10 TV spots, more than 100 campaign images, a new visual identity system, new music and audio signage, and a new shareable and customisable interactive digital experience. 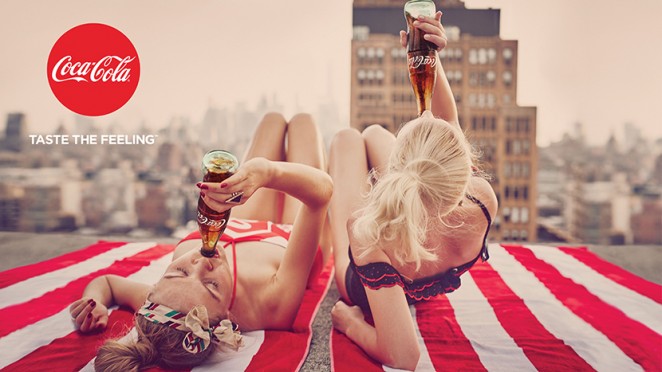 The creative campaign is anchored by the fundamentals of the Coca-Cola brand, including the Spencerian script, the red disc and the iconic glass bottle, but with a more modern take, featuring authentic and real moments with the product at centre stage.Coca-Cola gathered global creative minds from 10 different agencies to begin the development process, with the 10 spots created for the campaign produced by Mercado-McCann, Sra. Rushmore, Santo, and Ogilvy & Mather New York. The spots aims to give the viewer a momentary, but intimate glimpse into everyday stories, feelings and experiences that people share while enjoying Coca-Cola. At the close of each commercial, the family of Coca-Cola trademark products unite as one under the famous red Coca-Cola disc. 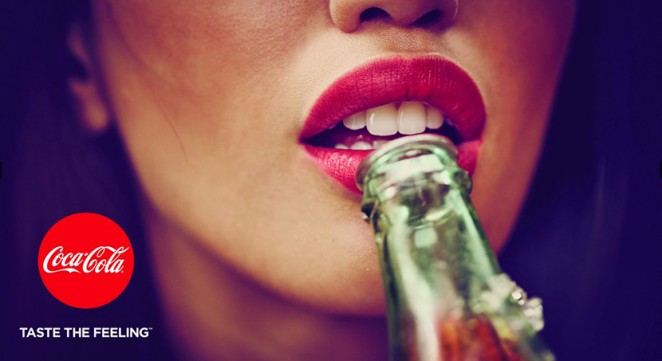 At the launch, five of the ten spots will be released. The lead television spot, “Anthem,” (Mercado-McCann) comes to life through a series of ordinary moments linked by a Coca-Cola, such as ice-skating with friends, a first date, a first kiss, and a first love. The spot will run in all markets in 2016. The soundtrack to “Anthem” is an original song created for and named after the campaign. Coca-Cola worked with Music Dealers to write and produce the song. The anthem includes a new audio signature, inspired by the sounds of the experience of enjoying a Coca-Cola; the pop of the cap, the fizz, and ultimately the sounds of enjoyment. The new audio signature will be used throughout the campaign. 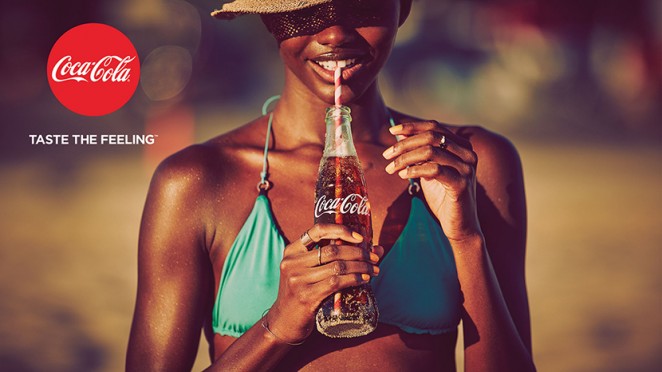 The other primary spots are “Break Up” and “Brotherly Love,” both by Santo. Break Up follows the journey of a young couple’s romance from the first date and early feelings of excitement and love to an explosive break-up and ultimate reconciliation over an ice-cold Coca-Cola. The spot features a new song titled “Made for You” by new artist Alexander Cardinale. “Brotherly Love,” meanwhile (the spot that will be used to launch the campaign in the UK) captures the universal story of love and conflict between family, highlighting the unique and challenging relationship experienced between two brothers. When the younger brother finds himself without his ice-cold Coca-Cola, his big brother comes to the rescue. The spot features a new version of the hit song “Hey Brother” by renowned songwriter and producer Avicii. Speaking of which, following a partnership that started in 2014, Coca-Cola has also tapped Avicii to produce a remixed version of the “Taste the Feeling” campaign anthem featuring Conrad Sewell, and he will produce versions of the anthem for the UEFA EURO 2016TM and the Rio 2016 Olympic Games campaigns. 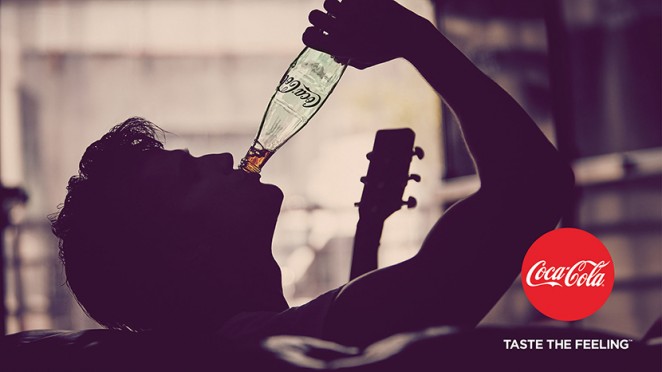 Marcos de Quinto, Chief Marketing Officer at The Coca-Cola Company, shared his thoughts: “Every day, millions of people around the world reach for an ice cold Coca-Cola. The new ‘One Brand’ approach will share the equity of Coca-Cola, across all Coca-Cola Trademark products, reinforcing our commitment to offer consumers choice with more clarity. This is a powerful investment behind all Coca-Cola products, showing how everyone can enjoy the specialness of an ice-cold Coca-Cola, with or without calories, with or without caffeine. More than ever, we recognise people want their Coca-Cola in different ways, but whichever one they want, they want a Coca-Cola brand with great taste and uplifting refreshment. Through the ‘One Brand’ strategy we will move away from multiple brand campaigns, to one single iconic brand campaign that celebrates both the product and the brand.” 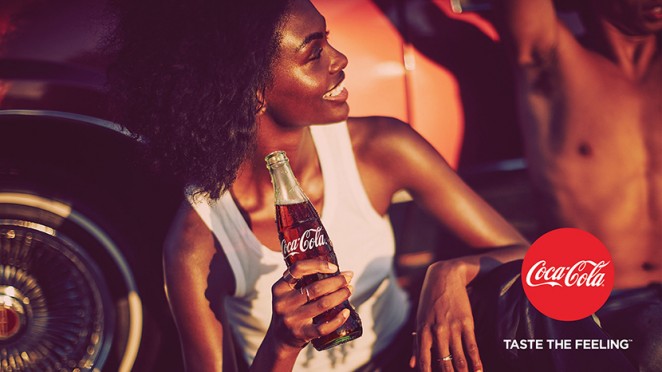 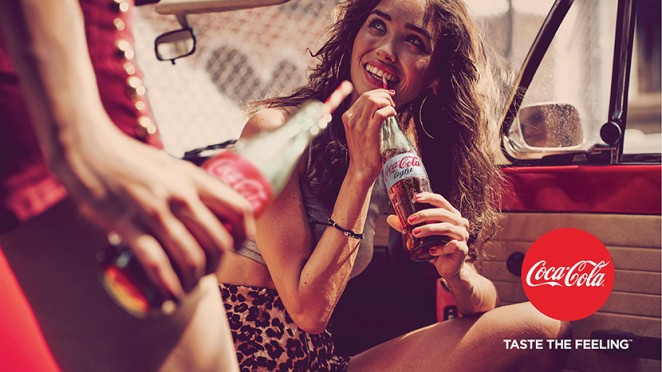 The additional television commercials available for launch include “Under Pressure,” (Ogilvy & Mather) which tells the story of every day pressures that we all face and “Supermarket,” (Sra. Rushmore) which tells the story of a young female cashier mesmerised by a handsome male consumer who pauses to enjoy an ice-cold Coca-Cola. The remaining spots; “What is a Coca-Cola For?” (Sra. Rushmore), “Professor” (Sra. Rushmore), “Arctic Summer” (The Cyranos-McCann), “Empty Bottle” (Mercado-McCann), and “Real Enjoyment” (Mercado-McCann) will be released later in 2016. The new campaign also features 100+ Campaign Images shot by noted fashion photographers Guy Aroch and Nacho Ricci capturing people from around the world enjoying Coca-Cola in a variety of everyday moments. 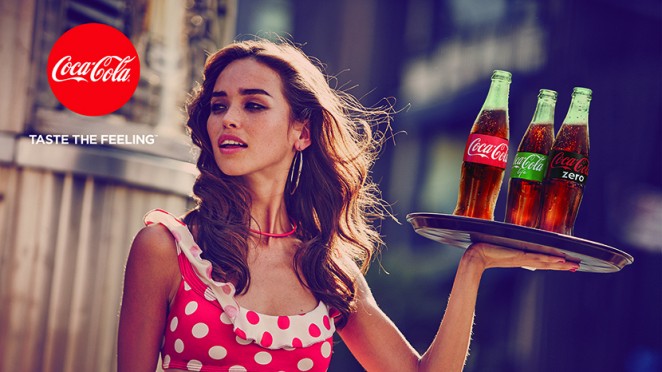 The shareable and customisable interactive digital experience, meanwhile, is made up of different GIF scenes that reflect feelings associated with drinking Coca-Cola set to the “Taste the Feeling” anthem. The experience allows users to pull a GIF scene directly from the microsite, personalise the scene with real-time feelings, and share it on social platforms with the #TasteTheFeeling hashtag. In all, it's an incredibly ambitious, though decidedly 'safe' campaign that should see the brand through 2016 and beyond.

What is a Coca-Cola For? 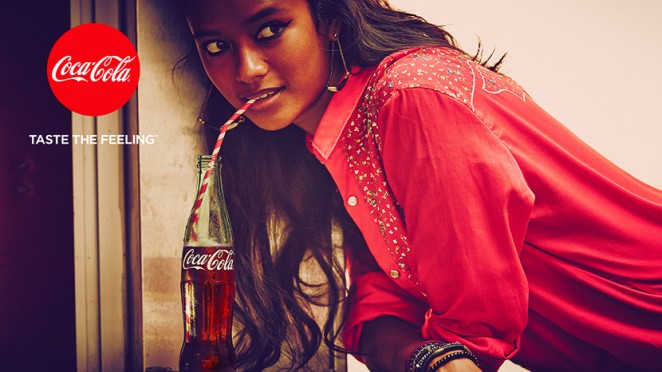