The first screenshots of the new Microsoft Browser

Very few of us will mourn the death of Internet Explorer, Microsoft's default internet browser for their Windows operating system since (seemingly) the dawn of time. Edge, however, the browser set to usurp the ancient browser when Windows 10 ships later this year, remained a largely unknown quantity until now. At the first Microsoft Edge Web Summit for developers yesterday (May 5) however, the tech giant revealed many of the plans for its new browser, and some of them are actually pretty exciting. Microsoft executives have said that Edge will add greater integration with Cortana (Microsoft's answer to Siri), extensions (the additional snippets of code that add functionality to the browser) and object RTC, with a formal list of features under consideration available via Microsoft's developer site. 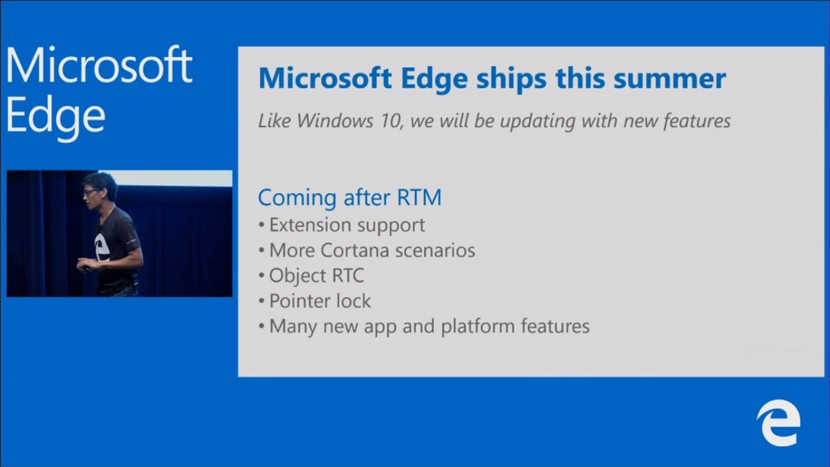 According to Charles Morris, the principal program manager for Edge, the logic behind scrapping Internet Explorer and starting over from scratch with a new browser for a new OS, was that they felt the needed to do “More than just the next version of the same old thing,” something Microsoft have been accused of doing time and time again since the mid-90's. The idea is also for Microsoft to continue adding features to the browser after its launched, which is a great idea as it will allow for user feedback to be implemented without having to wait months for the next version. Edge (which was known only by the codename “Project Spartan” until last week) will only be available as a part of Windows 10, which means those stragglers still clinging desperately on to Windows 8 (both of them) will be missing out. The new name also brings with it a new logo, of course, which bares a striking resemblance to the Internet Explorer logo, only with a little more (dodgy pun alert) edge. 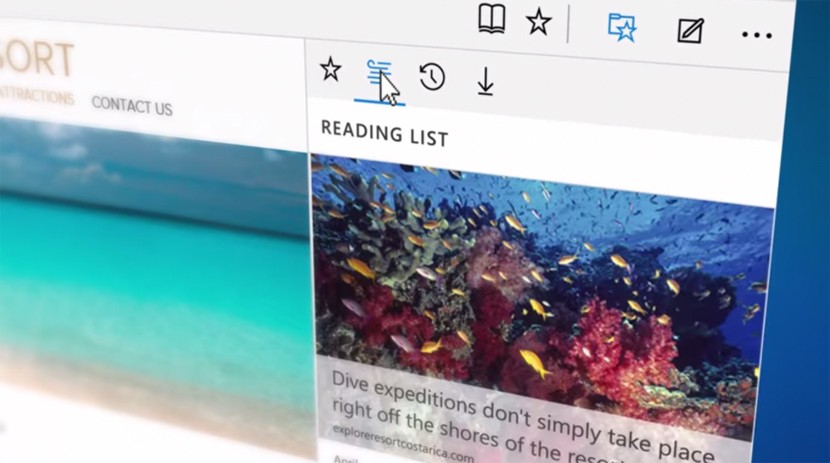 To help with compatibility, Edge can call in the old IE to help if it's struggling with an older site, which is a really nifty trick. This also means, of course, that users who wish to stick with the tried and true browser are more than welcome, but they will be missing out, as Edge posits itself as not just a replacement for IE, but a chance for Microsoft to create the first browser that caters to the growing world of web-based applications.

Some primary Edge features promoted at the summit included its reading mode, the integrated Cortana service, the ability to mark pages with digital ink, and the eventual addition of extensions. Paula Chuchro, a program manager for Edge, showed off the browser's ability to store files for later reading in a sidebar to the reading view, and translate foreign-language Web pages using the Bing Translator. The digital ink feature, meanwhile, means that users can alter web pages to suit their needs, adding their own notes that can be saved for later. PDF files rendered in the browser can also be marked up in this way. 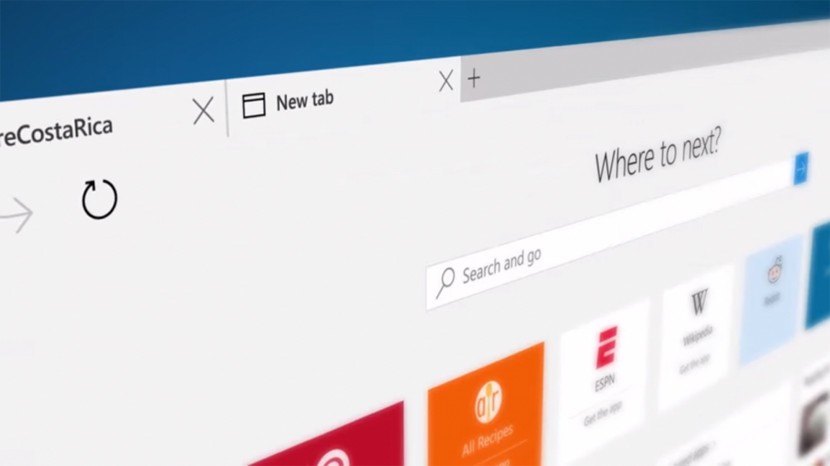 One of the most anticipated features of the new browser is its use of extensions. These won’t be part of Edge on release, but Chee Chen Tong, a senior program manager for Edge, did show off three extensions that will work with Edge for Reddit, Pinterest, and Skype. Finally, Cortana support will be constantly enhanced with new “Scenarios,” with the team at the summit showing off a few example questions such as “How tall is Brad Pitt.” Obviously they're going for the low hanging fruit with this feature, but it's still pretty nifty!

Edge is not planned as an open-source browser 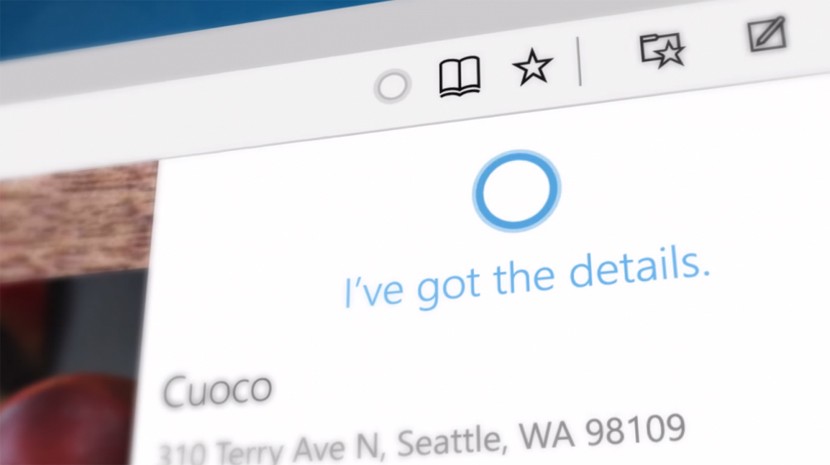 Other features reportedly under consideration for Edge include an ambient light event, which will adjust the format of a page depending on whether you’re in sunlight or darkened room; access to vibration controls; media recording, and more. It's also worth noting that Edge is not planned as an open-source browser, with the company releasing a statement yesterday which read: “At this time, we don’t plan to open-source Microsoft Edge or its platform components.” They did add, however that they have launched the Microsoft Edge Platform Status, which will give “More access to engineers through social media,” and they're “Collaborating with the major rendering engine contributors, like Adobe, through a shared source program.” So the future seems pretty bright for Microsoft Edge. But what do you think? Is this a much needed replacement for a stale browser? Or is Microsoft shooting itself in the foot? Sound off below! 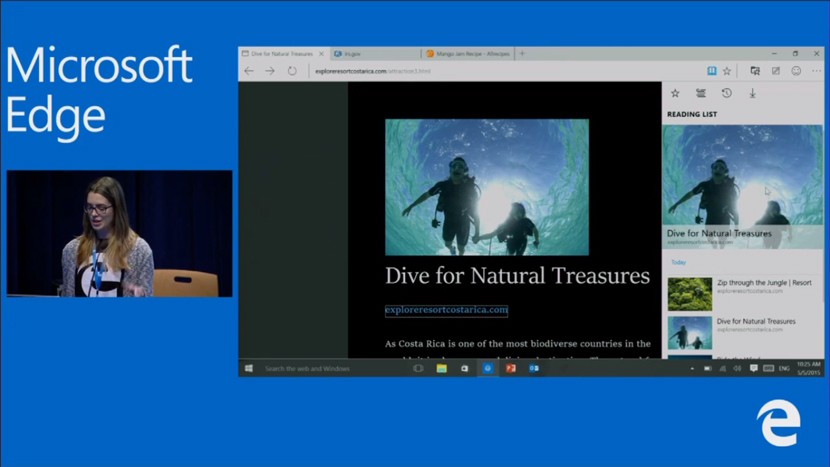 Benjamin Hiorns is a freelance writer and struggling musician from Kidderminster in the UK. He's an Apple man through and through, but might be tempted to switch allegiances if Microsoft can really pull it out of the bag with Windows 10.