Last month saw the opening of the world’s first experimental LEGO Brick Café, an inspiration space giving adults the opportunity to experience and play with LEGO bricks. This café is unlike any place created to experience LEGO creativity, as it has been purpose-built for adults.

Launched during World Mental Health Month, the café is designed as a space where adults can experience all the mental health benefits that play can bring. The experiment is the result of an open innovation collaboration between the LEGO Lead User Lab – a department working with experimental open innovation ideas, and Boys+Girls creative agency, who developed the concept idea and submitted it to the LEGO Lead User Lab.

At the café, guests choose from a selection of LEGO sets and bricks, which they can play with on-site. Among the various activities, guests can take part in facilitated workshops that demonstrate the multitude of creative uses LEGO bricks can have, such as stop-motion animation builds, mindfulness builds, expressive mosaic builds and open-canvas self-expression.

There wasn’t one; LEGO wasn’t a client. The idea came about from discussions in the creative department. As creatives we’re interested in play, it’s what we like to do. But for most adults, even the word ‘play’ has slightly negative connotations, and there are very few places where grown-ups feel comfortable being playful.

Creatives also spend, as our CFO has observed, an inordinate amount of time in coffee shops. Sitting, talking, sharing, writing, doodling, procrastinating. It got us thinking about whether the two could fit together and what adults might play with.

The answer was simple. LEGO is synonymous with play. It is a toy many of us played with as children and engage with again when children re-enter our lives as adults. But in between those periods there is, what we started calling, a ‘play gap.’

We found that LEGO had a department called the Lead User Lab, which had specifically been set-up to field and develop proactive ideas. Fortunately for us, the LEGO Group was in the middle of developing its adult play strategy and one of the key barriers they were exploring was around places for adults to play, so we happened to pitch the idea at the exact right time. 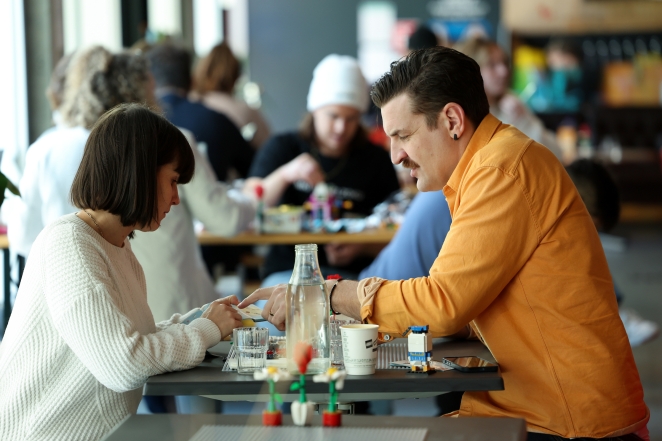 In a lot of ways, the idea was pretty straightforward, but it was also extremely radical as the proposal was to create a space that was purpose-built for adults and specifically not for children.

Thanks to the work being done on LEGO’s adult strategy, the concept quickly progressed through the LEGO Lead User Lab’s first two stages of ‘Intake’ and ‘Evaluation’, and it was at stage 3, ‘Assessment’ where a lot of conversations opened up with their team about what that experience would look and feel like. Creativity and mental wellbeing we’re two early themes that we worked on and developed together.

As we readied the project for stage 4 ‘Pilot’, we became like an extension of their team, as we collaboratively shaped the idea into something purposeful for their adult strategy. We were developing a business case with the Lead User Lab to sell into the wider business and the green light was given to do an experimental test launch.

It was a pleasure to work alongside the LEGO Lead User Lab on developing the concept. The one stipulation we all had was that this needed to look and feel like an adult space and experience. It was quite easy because of the nature of LEGO to go too child-like with some of the designs so we had to pull it back on a few occasions.

The main thing we needed to address was the art direction, from the interior space to the branding. We wanted it to feel quite different to the primary colour focused direction of the main brand, but LEGO’s branding and design team were happy to entertain an evolution of the brand and worked closely with our production team to develop the concept in the right way. 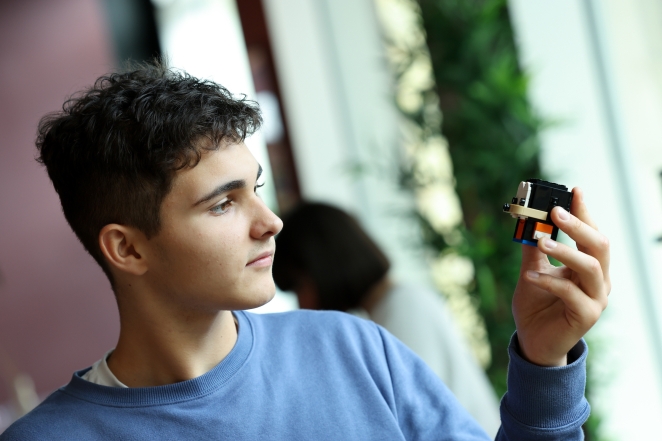 Other than making sure the concept felt like an adult-orientated design, the production process was really enjoyable. We had weekly catchups for about six months with the teams at LEGO, to develop it and ensure it was strategically sound for them.

There was a few but COVID was the biggest hurdle. We pitched the idea in late 2019 with the dates pencilled to activate in 2020 and again in 2021. But better late than never and here we are in 2022 delivering what we believe is a really interesting social experiment.

What LEGO to stock in the café was an interesting debate as we needed to consider how long we wanted people to be in there based on the core themes of creativity, discussion, and wellbeing.

The other thing was how do you effectively mix a retail and leisure space and augment the space to elevate the brand rather than focus on sales of LEGO which is how you would usually interact with the brand. 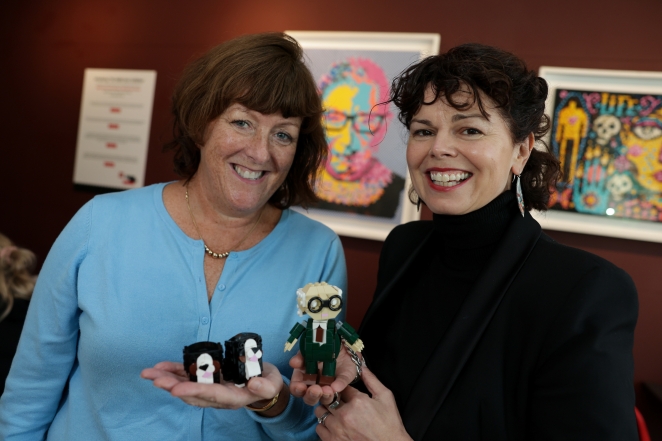 We didn’t use any software to create rigs of the café, but we developed comprehensive user flows and UX charts to ensure people could use the space properly in the way we wanted. That was fundamental to the concept being a success and driving footfall on the additional days we were open.

The mental wellbeing thread leant itself to exploration around mindfulness so it was more about thinking what adults could do in that space – the experiential element of it. With that in mind, we worked with Erica Balfour, Director of the Mindfulness Teacher's Association of Ireland, to help us better understand all aspects of mindfulness and consequently bring those elements of the activation to life. How to integrate LEGO with mindfulness practice was fascinating but it had to feel appropriate and authentic in order to work.

We’ve had such interest in the project that we are now working with a neuroscientist from the University of Dublin to develop qualitative research around the physiological and psychological benefits of the adult-play in a space like ours. It’s exciting to think where those findings might take us next.

My favourite thing was having the LEGO team over in Dublin to recce venues. As part of the process, they came armed with loads of LEGO so we could play with it ourselves, time the activity, see what discussion we engaged in, how we felt while doing it, how appropriate we felt it was for the café concept – we went deep but it was great fun and definitely necessary. 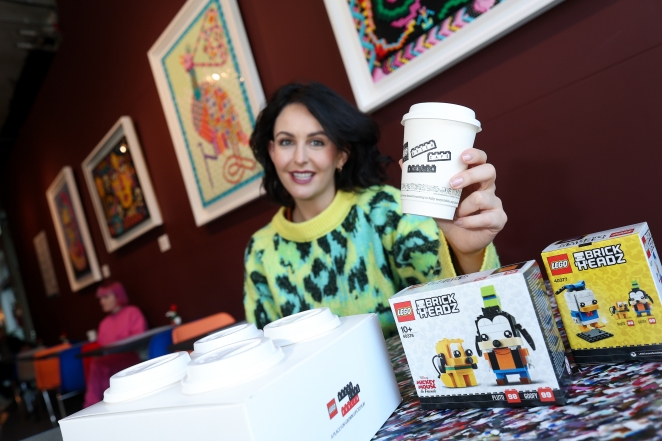 Play is fundamental to life, yet none of us play – we are told as adults that play is for children, but its medically proven to be effective in reducing stress, depression, anxiety, and improve creativity.

Three years: we pitched it 2019; were due to launch in 2020; and delivered in 2022. I would say that’s a great example of commitment to the cause from all involved.

There was a comment from one attendee, who wasn’t from Dublin, that really resonated with us. They said they ‘wished there were one of these at home.’ It really does feel like something that has relevance and should exist everywhere, whether that’s as a touring concept or permanent feature. And of course, to go back to LEGO’s original business strategy, we hope it helps to reframe the brand in the eyes of adults.