The children’s book made with AI in a weekend – is it creative?

At what point does a genuinely interesting experiment become an “affront to artists everywhere?” That’s the question I shall aim to answer over the next 500 or so words. It’s a quandary that revealed itself to me when perusing social media last weekend and stumbling across a pretty unique story that is probably going to become less unique in the coming months.

It’s one that concerns the rise of artificial intelligence, something which is fast becoming the very hottest of hot topics in creative circles. The debate over the legitimacy of using AI tools to create “original art” has been raging for years and it was fuelled by the introduction of AI image generation tools such as Dall-E and Midjourney last year.

Just last month, however, one creative decided to hold his face as close to the fire as possible by releasing an “original children’s book” both written and created by AI. 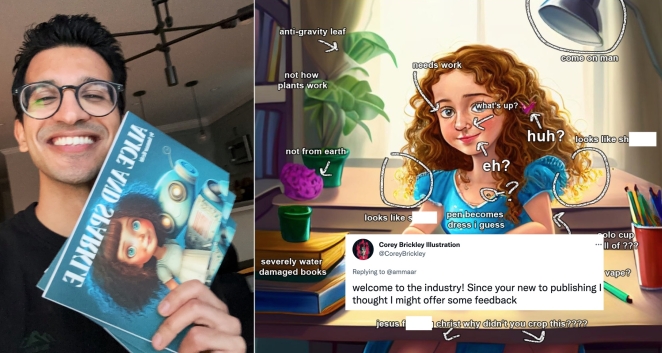 Alice and Sparkle is a project by Ammaar Reshi with text written using the help of ChatGPT and images created by MidJourney. It’s one of many such projects that have seen the light of day in recent months but what sets this one apart is that Reshi has gone so far as to publish the resulting book. Indeed, he claims the entire project took him little more than a few hours over a slow weekend.

With AI and machine learning tools used in its writing and illustration, Alice and Sparkle is said to be the first book of its kind to do so. Not only that, but the entire story’s plot also centres around the young protagonist creating her own AI companion. Is the whole a metacommentary on the creative potential of AI? Or is it all a cynical ploy? Either way, we’re talking about it, so it certainly worked. 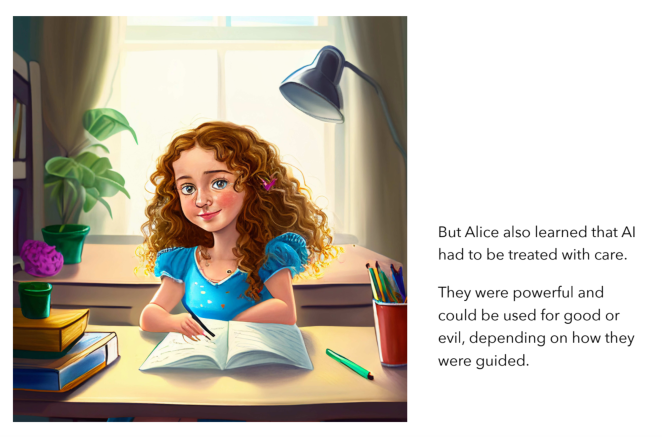 As is often the case with such things, the internet is divided over whether these machine-learning tools are allowing certain individuals to make a quick buck or are giving creatives the tools to be better and faster. The chief concern is that the text and images have been generated using an algorithm trained on millions of phrases and images written by actual human beings; human beings that are receiving precisely zero credit for this admittedly quite lovely looking little book.

In the Twitter thread where Reshi announced the book, he broke down the entire process behind creating the children’s book, so he’s at least been transparent with the project. He also acknowledged the valid concerns of the artists that called his work heresy and has called for the involvement and accreditation of these artists in ChatGPT and MidJourney’s processes. 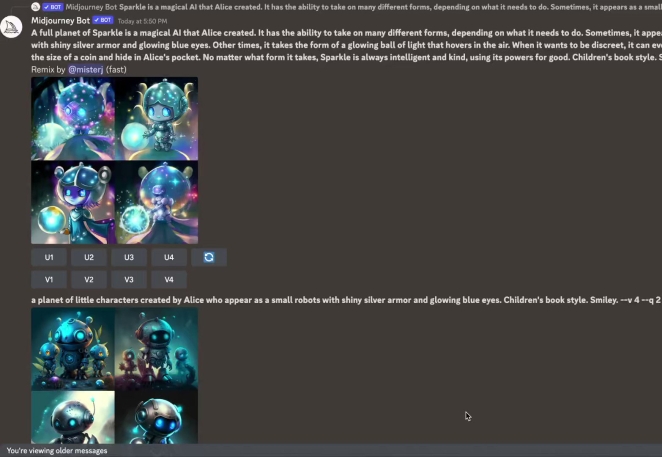 Whereas most previous AI projects aimed to poke fun at the technology or tease the edges of what it was capable of, this is the first time, to my knowledge, that somebody has attempted to pass off an AI created work as a legitimate and commercial venture. Is it a smart idea?

Of course. It’s also quite obviously the work of an AI if you take the time to actually read the book; the illustrations are wildly inconsistent, and the prose is almost amusingly lifeless. But then, maybe that’s the point? Whatever the answer, it’s unlikely this will be the last project of this kind we see this year.

I get a majority of my freelance illustration work from picture book authors who are planning to self-publish. And they ususally have very tight budgets. I'm worried if AI can make art that's "almost OK," many authors will opt to go with that instead of hiring a real artist.

I GUESS ITS AWESOME THAT AI CAN BE A CATALYST IN THIS INDUSTRY.

THIS WILL MAKE WORK EASIER AND BETTER .

I WILL EXPLORE MORE TO SEE ITS POTENTIAL