So, it looks we have a winner in the Eton versus Harrow battle. Yes, Eddie Redmayne toddled off with the BAFTA for Best Actor last night, leaving Benedict Cumberbatch with a more enigmatic expression of stiff-upper-lippedness than ever. Oh, sure, I bet he was thrilled for him...

Yes, we're into awards season now, with the Golden Globes and now the BAFTAs done and dusted, and only the Oscars to look forward to. Not that I watch it, I hasten to add. I find much of a bit of a bore. As Ricky Gervais said when hosting the Emmy Awards, keep it short because 'nobody wants to hear from a producer'.

The part of the event which I find the most tedious, though, is the whole red-carpet-twirly bit. Frankly, I couldn't care less what people are wearing as long as they look like they've scrubbed up a bit – unless they look completely idiotic, which can make it a bit more fun. But frankly, that sort of thing is more for the pages Heat magazine than a Creativepool blog. Interestingly, though, how often do you hear anyone comment in any great depth on how the men are dressed? It's almost always the women. And for a very good reason...

The fact is, the men have a very, very easy ride when it comes to getting gladrags on. 'Black tie' means just that. Be it a dickie bow or a trendy thin tie, the overwhelming majority will go for a slim-looking black dinner suit and white shirt (or black, if they're feeling craaaaazy) with one of these two options. Yes, one suit may be Prada, the other Armani, and another Dior, but the men are essentially all wearing exactly the same thing. From Eddie Redmayne to Ralph Fiennes to Mike Leigh – the uniform is more or less...uniform. Tom Cruise was wearing a nice straight tie. I love irony, me.

It must be a nightmare for women. I mean, there is a virtually limitless choice in every single respect. Frilly this, slinky that – slit up the thigh here, accessory there. And let's not even mention the obligatory change in hairdo or the carefully crafted makeup. The mind boggles. For heaven's sake, men don't even have to shave or do their hair at all if it suits their persona. I doubt Tim Burton knows whether 'hairbrush' is one word or two. And look at David Beckham. He couldn't look any cooler if he tried and yet he didn't really have to try that hard. He is still essentially wearing a [very nicely cut] dinner jacket – but with the addition of 'good hair'. But that's as original as things get, generally.

It's true to say (and by 'true' I mean 'massive generalisation to suit my purpose') that, by and large, men don't really care what they wear and are happy to go with the easy option. I am aware that I am writing for the Creativepool blog here, so there may indeed be a higher percentage of you than usual who would not fit the mould and would go for a more creative option. I bet a few of you even wear those hipster beards, skinny jeans and thick-rimmed glasses to make you look different (ironically making you look all exactly the same), but as a rule, I think we'd all agree with the central tenet that Men Don't Really Care.

Quite right too, in my opinion. I wear a DJ probably more than the average person because I regularly sing with the London Philharmonic Choir and the standard concert dress for the men consists of black dinner jacket, black tie, white shirt. How incredibly easy; absolutely no thought required! And I can't help subconsciously doing the Daniel Craig sucked-in cheek thing when I'm strutting around backstage all DJ'd up, either. It's a very easy way to look good.

But some men just spoil it for the rest of us, don't they? They look this gift horse in the mouth and decide that it's just way too easy an option. Their personalities are apparently way too creative and individual to do anything so boring as to conform like the rest of us. Noel Gallagher looked like he was wondering who he could borrow a tie from. And that Mark Ruffalo – well, he's an American, you know. 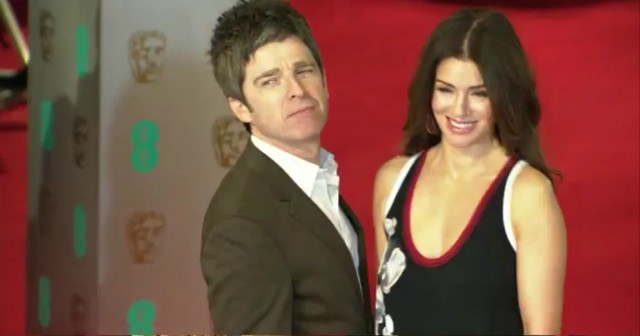 But these few exceptions aside, I take comfort in the fact that most of us men are happy to take the easy option whenever it's presented to us. And an awful lot of women would too, if it were on the table as an option at all. I actually feel a bit sorry for them with the amount of pressure layered upon them to look good. But they do, at least, have a ready-made stance they can use for being photographed on the red carpet. You know, that hand on hip, one foot slightly forward stance, while they look sultry or Bambi-like into the flashes of the paps. Men, on the other hand, routinely look a bit awkward on the red carpet, nodding to the paps and hoping to God that Tilda Swinton is within snapping reach.

So you can keep your wacky evening wear options. Give me a classic DJ any day of the week. If it's good enough for 95% of Hollywood's leading men – and Goldenballs – it's good enough for me. Now let's just see me proved wrong at the upcoming Oscars. Fortunately, half of them haven't worked out the right Red Carpet face... 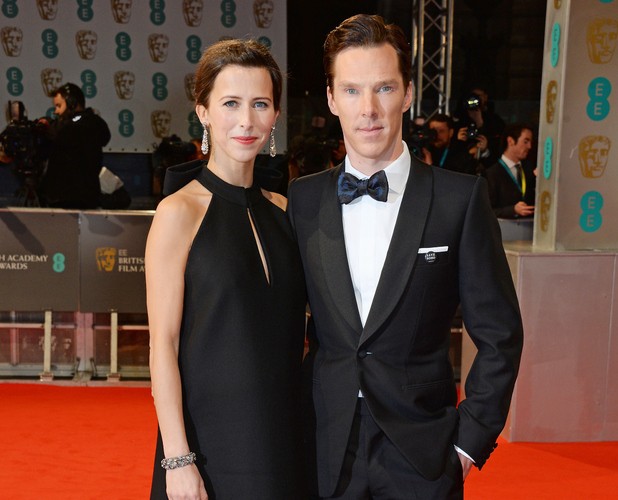