The Animation Trends to watch out for in 2021

2020 was... interesting. An interesting time for all of us, from artists to writers and everything in between. It was also an interesting year for animation, and who knows what will happen in 2021 with that?

With people still stuck at home for the foreseeable future, there are not many sources of inspiration out there apart from our own computer screen and the forever-blessed Internet. And though it can be difficult to know precisely what will happen from now to a year, the least we can do is try to guess.

Not being animation experts ourselves, we reached out to the folks at Blind Pig animation studios, asking them about which animation trends will be going strong in 2021. Let's hear it all from Ric Comline, Creative Director and Founder at Blind Pig! 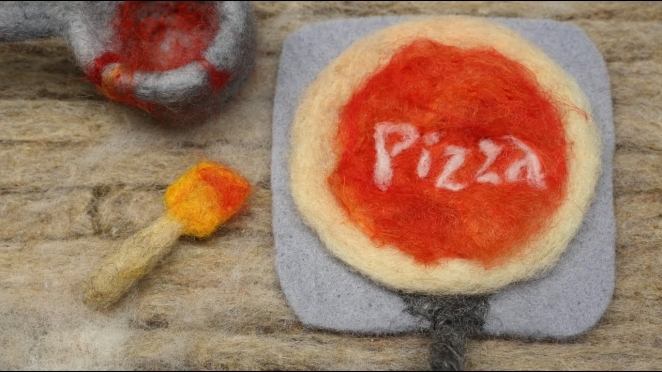 I’ve utilised Blind Pig’s wide scope of interests to identify trends and innovation in the world of animation for 2021 and have done my best to narrow these to just 7 styles or sectors. Some come directly from what we do, and others are inspired by the work and ideas of those we admire.

Animation within live action can be a relatable way to ease the audience into the seriousness of delicate (yet important) subject matters. These sorts of projects often raise awareness in the process, too, so it’s a win-win technique and something we as animators love to create. A great example of this is Unicef’s ‘End Violence’ campaign, where David Beckham gains animated new tattoos to raise awareness about child abuse.

Family Action’s ‘Monsters’ project uses quite different techniques, but also highlights some tough issues that many people are facing – especially at present, when we’re spending so much more time at home.

Character design is a great way to emulate an emotion or metaphor to help us understand a brands core message. Whilst this isn’t an entirely new concept, it’s exciting to see how brands are continuing to push the creative of this trend, like Boots’ recent ‘Happy’ project.

Cinema 4D has long been known as the go-to 3D package for the motion graphics artist. It’s pretty straightforward to get into and has some really powerful animation tools such as MoGraph. While C4D might not be the preferred option for hyper-realistic cinematic CG, with Arnold, Redshift and other powerful renderers integrated into the software, C4D artists are getting some stunning results.

Abstract, playful, beautifully lit and rendered pieces often fill our Instagram feeds showing imaginary kinetic tabletop sculptures perfectly machined from steel, wood, plastic and marble. Often seamlessly looping and highly entrancing, these animations strangely don’t seem to be hugely popular in advertising yet. But we think it’s only a matter of time before more and more creatives begin to craft them into a fresh new concept! Watch this space!

Taking a still, often archival, image apart - separating it into layers and moving a camera around those layers isn’t necessarily a new technique, but it is a highly effective way to add interest and engagement – and it’s a fairly regular request that we see following us into 2021.

Historic pictures can come in unusual aspect ratios, so clean up and set extension is key for this trend. Typically, primitive geometry is built in C4D and stills are projected on to create a more immersive illusion, but a complex montage/collage approach also fits nicely inside this trend, often adding pace or propelling the viewer through time.

On top of mixing up pictorial content, using a variety of atmospheres – from dusty, filmic negatives, to colour halftone, to TV RGC channels and finally modern digital tech can add its own layer of intrigue.

Many would have noticed, at least subliminally from their social media feeds, that there was a huge uptake in the homemade and the handcrafted last year. Perhaps many rediscovered the simplicity of good old fashioned illustration during lockdown!

We’ve certainly noticed a surge in work that’s full of texture. Things can feel handmade, pictures contain brush strokes, inky textures, what looks like pencil marks or even doodle style illustrations. It’s really charming to get the sense of an individual behind a piece of work, to almost literally see the fingerprint of an artist rather than the immaculate polish from an army of animators! We predict (and hope!) this is once that’s going to stick around.

It’s infuriating that the vast bulk of digital outdoor advertising is often, at worst: print campaigns displayed on a sideways telly in a station, or at best: a cutdown of a TVC in an annoying aspect ratio. There are new digital screens at stations around the globe and incredible location-specific opportunities at sites around London, like the Piccadilly lights.

Finally, we’re seeing content being made for these epic canvases that has a greater purpose, or a more linear link to an idea or event, such as Ancestry’s recent campaign with Anomaly. We were lucky enough to be a part of this project, recreating infamous ads that have called Piccadilly Circus home through history. There was a buzz around the work and it even featured in national newspapers… pretty impressive considering  there weren’t many slow news days in 2020!

It’s been a slow burn, but it’s starting to feel like unorthodox, immersive, tech driven content, such as AR, holograms and 360 footage is being embraced, there’s a real appetite for this kind of content as the success of the London Lumiere installations have shown in recent years. Bring it on, we love it!

Kind of a huge subject and a bit of a catch all, but definitely here to stay - particles! Swirly flocks of seething shapes, murmurations of matter at a microscopic level! Softwares like Houdini and X-Particles have made it possible for the CG artist to move and manipulate objects in their millions, and there is something oddly, utterly compelling in the results.

The masters of molecules, in our opinion are Future Deluxe, we salute you, and hopefully learn from you too! In 2021, more and more people may be seeing the world this way as Apple launches LiDAR on mobile devices. LiDAR is hardware that scans the environment and point by point rebuilds the world around us in a complex particle system.

Not so much a trend as a necessity. We’re all working from home now, but it seems there will be positives as well as negatives.

In the last year, Blind Pig have seen a substantial increase of international work, particularly from America. We hate to admit it, but Zoom has been a revelation - we can have meetings with people anywhere in the world and slick software enables clients to even attend sessions from anywhere in the world.

We won't pretend 2020 wasn't tough. But it was also a time of opportunity and innovation.

We used to worry - when everyone was booked at once - where the freelancers would sit. It doesn’t matter anymore - they don’t even have to live in the same city or country and that’s really opened up the talent pool.

We won’t pretend 2020 wasn’t tough. But it was also a time of opportunity and innovation and that’s what our industry thrives on. We’re looking forward to watching the industry continue to open up international relations in animation.

#GettingToKnow Gav Rowe and the beautiful, powerful and explosive world of the modern football fan

For many people, the idea of living and breathing football and being paid to do so is something of a pipedream. For Gav Rowe, however, the Chief Creative Officer at COPA90, it’s been a pretty exceptional reality for some time now. COPA90 is a...

Stumbled on the great meme of this thread’s hero image when I was having a particularly difficult time getting my shit together a while back. Somehow things just kept circling the drain and left me with empty spaces which were proving a bit of a...

The Brazilian Pop Art illustrator Butcher Billy has created a series of posters for the Netflix production Stranger Things 4 which have captivated audiences and become a worldwide phenomenon on social media, and beyond. The nine artworks - one for...