ADCOLOR, the nonprofit organisation whose mission is to celebrate and champion diversity in the advertising, marketing, media, PR and entertainment industries, has announced that this year's 9th Annual ADCOLOR Industry Conference and Awards will take place in New York City for the first time. The event will be held at Pier Sixty from September 16-19, with the ADCOLOR Awards to be held on Saturday, September 19. The event will highlight and honour the achievements of African-American, American Indian/Native American, Asian Pacific-American, Hispanic/Latino, LGBT professionals, and champions of diversity and inclusion. It will be presented by Omnicom Group, sponsored by DAS Global, Deutsch, Inc., GSD&M, Omnicom Media Group and Publicis Kaplan Thaler and supported by The American Advertising Federation, 4A's, The One Club, GLAAD and the ADVERTISING Club of New York. Nominations for the awards are open now and can be submitted until the 1st of May. The categories for this year's Awards are as follows:-

A Rockstar nominee is someone who shows brilliance as a leader and visionary in the industry. They should have a positive track record and the potential to accomplish so much more. This individual is creating his or her own path and encouraging others to shine. Past honourees include Bozoma Saint John, SVP and Head of Global Marketing at Beats Music.

AD OF THE YEAR

The Ad of the Year awards a campaign or single execution that pushes boundaries, sparks conversation and highlights the lives of multicultural, LGBT and/or other under-represented Americans in the mass media. Past honourees include Duracell, "Trust Your Power," Saatchi & Saatchi.

An All-Star is an individual who uses his or her status as a celebrity to spread goodwill and encourage positive change through philanthropy and other initiatives in the marketing, media, public relations and advertising industries. Past honourees include Magic Johnson, Russell Simmons, Queen Latifah and Nick Cannon.

A Rising Star is an up-and-coming young gun with less than seven years of experience. They should stand as someone who is brilliant, whose personality shines and whose differences only make those around them stronger as they move forward in their career. Past honourees include Danielle Skeen, Account Executive at Kirshenbaum, Bond, Senecal + Partners.

Established in 2007, an Innovator is an employee who embodies progress and imagination. Someone who stands out among peers as an inclusion game changer and brilliant pioneer in their role, creating breakthrough developments and/or improvements, whether tangible or intangible. Past honourees include B. Bonin Bough, Vice President of Global Media and Consumer Engagement at Mondelez International.

A Change Agent is the individual within a company who is using their talents and position to enhance the corporate culture and create a more inclusive environment - calling attention to the talents of all types of people. This can be part of or beyond the scope of that person's primary role. Past Honourees include Robert Camilleri, VP and Global Operations Director at Publicis Kaplan Thaler and Singleton Beato EVP Diversity & Inclusion and Talent Development, 4A's.

A Legend is a seasoned industry veteran, a trailblazer who pushed the boundaries and created positive change, who wasn't afraid to be different and who showed brilliance in his/her actions, setting the stage for other generations to take the opportunities made by this legend, even further. This year the Legend is chosen by the ADCOLOR® Board of Director and will be announced in May. Past honourees include Joe Lam and Louis Carr.

This award is presented to two people/companies that work together to provide exceptional and highly effective diversity solutions within their organisations and industries. They may be an agency, marketer, media company or diverse supplier with NMSDC or WBENC certification that teams up for a short or long-term project that furthers diversity and inclusion. Past honourees include Marvel and BBDO New York.

The One Club|ADCOLOR Creative Award recipients are creative professional of multicultural background who have demonstrated noteworthy talent and achievement within the media, creative, digital and traditional advertising disciplines. These recipients are chosen by The One Club and will be announced in May. Past honourees include Anthony Watson, President and COO of Bitreserve, Rei Inamoto, Chief Creative Officer/VIP at AKQA, and Feh Tarty, Creative Partner at Stay In School.

The Lifetime Achievement Award honourees are inductees of the American Advertising Federation Hall of Fame. Their inspiring stories of professional and personal success exemplify Rising Up and Reaching Back. These recipients are chosen by the American Advertising Federation and will be announced in May. Past honourees include Edward Lewis, Co-Founder, former CEO, Chairman and Publisher of Essence Magazine, Co-Founder of Latina magazine, Chairman of LMB and Senior Advisor for Solera Capital.

This is presented to an individual who uses his or her platform to serve as the voice of a cause or community - educating and inspiring current and future generations of advertising, marketing, media, PR and entertainment professionals. Each one's provocative courage, professional brilliance and selfless community outreach have sparked change and propelled progress within their respective industries and the world. The Catalysts are chosen by the ADCOLOR Board of Directors and recipients will be announced in May. Past honourees include Judy Smith, Founder and President of Smith & Company, and Charles D. King, CEO and Founder of MACRO.

An Advocate is an LGBT advertising, marketing or media professional who increases awareness of LGBT causes within and outside of the communications industry. The Advocate recipient is chosen by GLAAD and the ADCOLOR Board of Directors and recipients will be announced in May. Past honourees include Ryan Tarpley, Agent and Chief Diversity Officer at Creative Artists Agency (CAA) and Torrence Boone, Managing Director of Agency Business Development, Google. 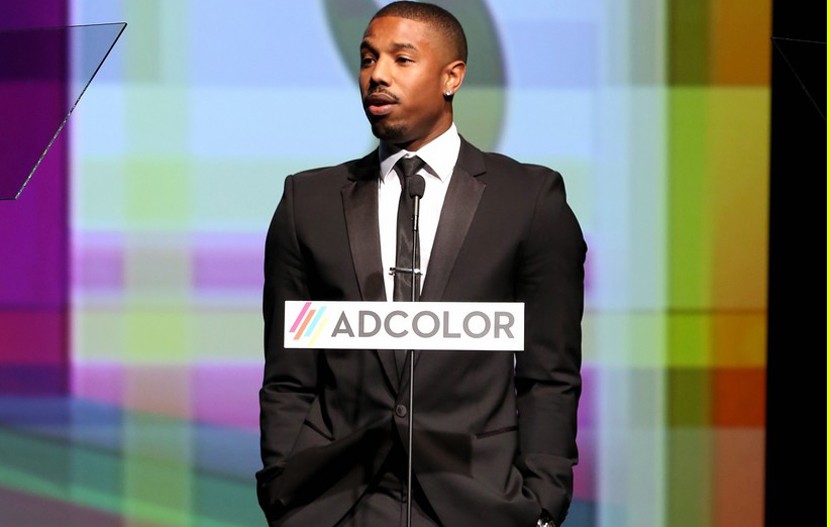