The 2016 Cannes Lions campaign is here

The new in-house Cannes Lions campaign by Jack Morton Worldwide promotes the 2016 International Festival of Creativity by revealing how grateful it is for creative ideas. Called simply “Thank You Creativity,” the integrated campaign is intended as a love letter to imagination and craft, and a reminder of their purpose and power, and is built around multiple print executions and a series of short films. The print work, to be rolled out across industry media from today, features a cross-section of communications professionals who were asked to sum up why they’re thankful to creativity. Their words are coupled with pared-back black and white portraiture, designed to let the heartfelt (and sometimes humorous) responses shine through. The films, meanwhile, the first of which is shown below, explore the creative journey; tracing the influences and sources of inspiration that put people on a creative path, and reminding us to keep following it.

“We make the case for creativity because we know that it's a force for business, for change and for good” 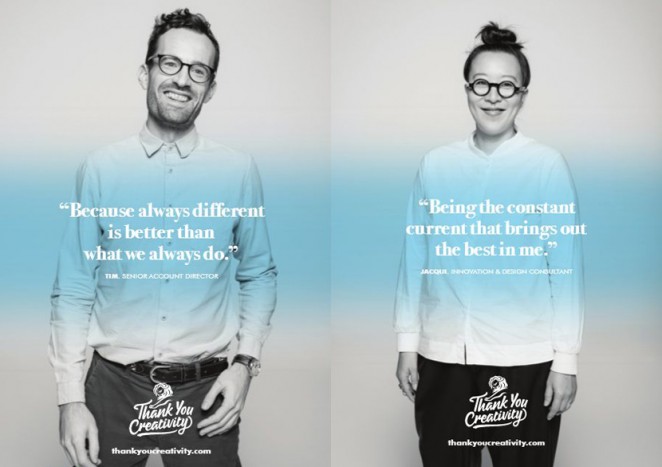 Cannes Lions intends to support the campaign with its own “thank you” to creativity: a new, dedicated site where inspirational seminars and award-winning case studies are freely available to the public for the first time. The site will also host a podcast series revisiting classic campaigns, with commentary provided by the people behind them and those they’ve influenced, as well as a series of “creative exercises” - thought-starting activities contributed by the industry, for the industry. The Thank You Creativity website is to be a permanent resource for them, built to help encourage and enable creativity outside of the annual festival week.

Lions Festivals CEO, Philip Thomas, said: “We make the case for creativity because we know that it's a force for business, for change and for good. But we can do more. It’s our mission not just to champion creativity, but to remind people of its magic and join us in being grateful for the difference it makes. Not everyone can attend, and only a select few will win a Lion, but the inspiration and learnings from Cannes Lions are so often shared by those who experience them first-hand that the benefits trickle down. We want to amplify that process and galvanise creatives the world over.” Further Thank You Creativity initiatives will be unveiled in the coming months and reach a peak during this year’s Festival, where activities will be dedicated to bringing delegates together with the global creative community for a shared experience. 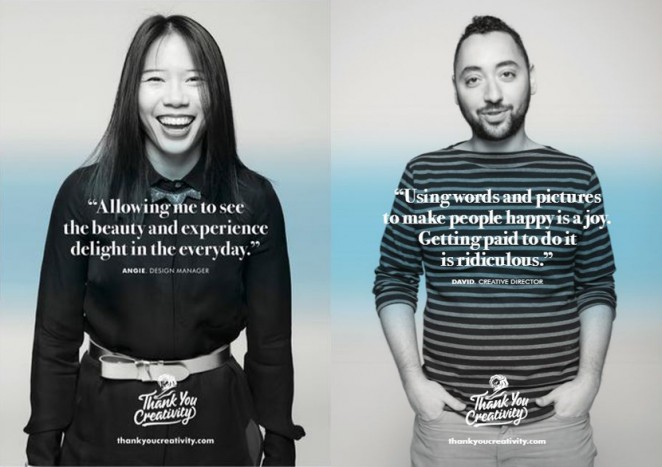