It was announced yesterday that the advertising network TBWA Worldwide has acquired leading independent advertising agency Heimat, having taken a majority share. The German agency was founded in 1999 by partners Matthias von Bechtolsheim, Guido Heffels and Andreas Mengele, and is one of the country's leading agencies, with monumental wins at this year's German 2014 ADC Awards amounting to 27 medals, including 5 gold and one Grand Prix. It was also named "Agency of the Year 2013" by Werben & Verkaufen, "Independent Agency of the Year" at Eurobest 2013 and "Best in Show" at the Advertising Effectiveness Awards 2014. Von Bechtolsheim will act as chairman as the newly formed TBWA Operating Group Germany.

Heimat chose to partner with TBWA because they believes it was a partnership based on “A mutual respect for entrepreneurship and creativity.”

TBWA's European President and International COO believes that "Heimat and TBWA are a natural match and create a unique offer the fourth largest advertising market worldwide.” He feels that by combining “Heimat's creative and entrepreneurial spirit with TBWA's global strength” they will create a “Perfect offer for the German market." Von Bechtolsheim says his agency has been conversing with many international groups, but they chose to partner with Omnicom and TBWA because they feel it's a partnership based on “A mutual respect for entrepreneurship and creativity.” He goes on to say that the agency has developed “Many fruitful relationships” with both national and international clients over the last 15 years, thanks to their “Commitment and passion,” and believes they'll continue to exhibit this same level of dedication with TBWA. 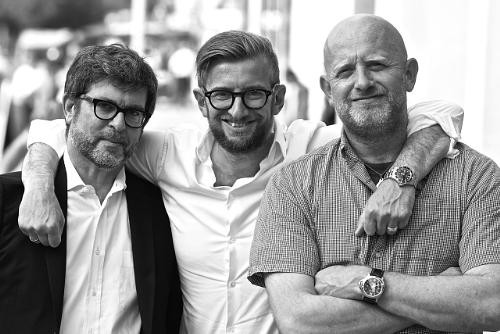 Besides the recent award wins, Heimat, which employs over 230 people in their Berlin and Hamburg offices, also saw a growth of 40% last year, and has become the perceived market leader in Germany thanks to their creative and strategic work, and long-term, healthy relationships with numerous major international and national brands. As part of the deal, all of the agency's founders will keep their roles at the company, and will retain large minority shares. It will also keep its original name, which is a smart move considering the recent recognition the agency's own brand has been receiving. The partnership essentially gives Heimat the best of both worlds; allying the power of an efficient, scaleable global network with all the benefits of an independent agency.

As part of the deal, all of the agency's founders will keep their roles at the company, and will retain large minority shares. It will also keep its original name

This marks the first confirmed acquisition by any of Omnicom's agencies since the holding company's planned merger with the Publicis Groupe fell apart earlier this month. It's the fourth acquisition of the year, however, and the second for TBWA, who acquired the Brazilian agency; Mood in March.

Benjamin Hiorns is a freelance writer and musician from the UK who now knows that the word 'Heimat' has no equivalent in the English language. Thank YOU Wikipedia!