The Annual 2021 winners have been revealed, with some of the most exciting professionals in the history of Creativepool. Who are these amazing people and why do they represent the best of the best in the realm of creativity?

To answer a question like that when it comes to Creative, Director & Motion Designer Eric Jordan is easier said than done. His Roam UI project impressed our Production panel, who awarded him a shiny Silver in The Annual 2021; but Eric's talent moves beyond production, with experience ranging across multiple mediums, and over 18 years of experience in 3D, interactive design, motion graphics and more. Eric is without a doubt one of the most talented designers here on Creativepool; which well explains his Silver award for such an amazing project.

In this Annual 2021 Spotlight, we are learning more about Eric and his creative process, as well as his overall experience with The Annual 2021.

The motion graphics production for the ROAM film was a large-scale undertaking and was executed with limited resources and budget in an effective and creative way.

The brief was to assist the director with developing the look and feel of all technological elements within the ROAM universe and bringing them to life in detailed motion graphics, as well as to conceive and build animated sequences that helped to support the narrative of the film in a style that matches the visionary cyberpunk world that the film takes place within.

As the film’s plot centers around the transfer of a person’s consciousness into another body, I created a series of metaphysical and alchemical concepts to indicate how the mechanics of the ROAM technology works and developed a series of UI screens and animations that illustrate these processes in action.  Additionally, the concepts were extended out into VFX sequences that portray penetrating into the astral plane and visualizing how a consciousness might select and project into another physical body.  The director and I had several philosophical and esoteric discussions about death, the after-life, transmutation of energy, and how all these might function within the context of the technology that the ROAM corporation uses to do its body transfers. Through our discussions I was able to conceive and animate unique sequences of nanotechnology being used to execute functions which translated to metaphysical changes in the astral plane – which gives the film a very unique and interesting dimension that proved highly successful and ended up helping ROAM to win a large amount of awards in film festivals across the world.

The restrictions around Covid ended up forcing the entire team working on ROAM to become highly creative in terms of coordinating post-production from various remote locations all under different lockdown scenarios.  We ended up leveraging the Frame.io platform, which allowed us to synchronize VFX edits and coordinate reviews and approvals for everyone on the team in various locations – including those forced to work from home offices while under restrictions.  This method of working allowed us to streamline post-production and work together more efficiently to finish up production on the film. 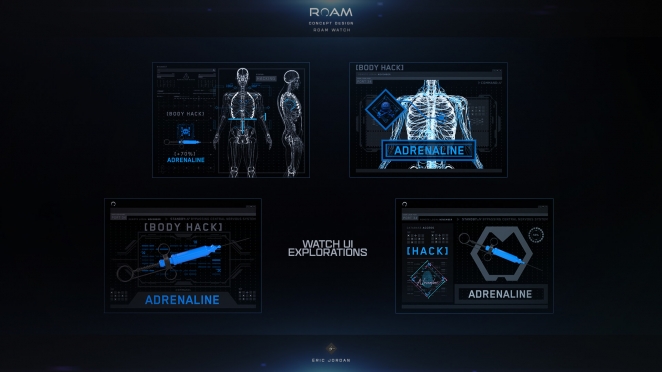 During the live action shoot, the director discovered that one of the set locations that he had secured and permitted for shooting was actually not properly secured – it had been illegally rented by a group of known scammers.  This was discovered mid-shoot and it was for a pivotal sequence in the film that without it being completed, the film would have completely fallen apart.  The police were actually called and the shots had to quickly be filmed on set before the police arrived on location.  The needed footage was thankfully acquired in the nick of time.

The ROAM film serves as a short proof-of-concept pilot to show what kind of new world could be built from the concept, and to illustrate its potential as possible future series.  The film reflects many of the issues facing the modern world surrounding technology and nefarious corporate power.

The film makes use of some deep gnostic and alchemical themes that are often only explored in spiritual settings, but are used in the context of a dark cyberpunk universe – which creates a very unique world to explore creatively.

The post-production process took several months, with several hiatuses in between due to lockdown scenarios and other unforeseen challenges with coordinating other artists. 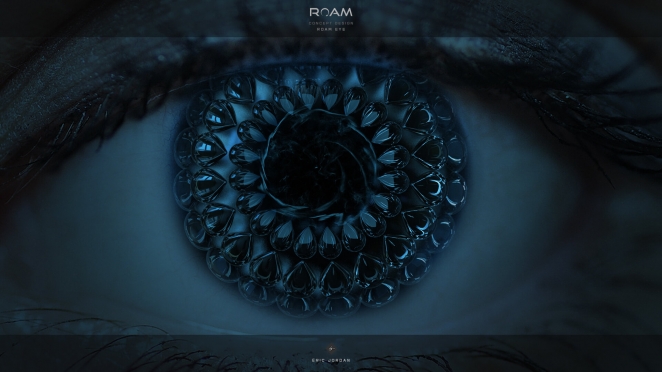 My hope is that after winning so many industry awards and gaining enough recognition for it’s unique universe, the ROAM film will eventually lead to a streaming series or a full-length feature of some kind.

Do your best to elevate the project to a higher level by trying unconventional approaches and pushing beyond the envelope of what is expected.

I am currently working with an exciting new cryptocurrency platform called Synesis One which aims to use artificial intelligence to harness the wisdom of the crowd and monetize the flow of data – empowering the average user with AI.  I have just joined on as an official creative advisor and will be producing a lot of creative material for the platform.

If I have a project that I feel excels and stands out in interesting ways, I would definitely consider entering again in 2022 and I have high hopes that the judges would take notice.

I will likely display the award in my studio and share a few photos with followers on my various feeds. 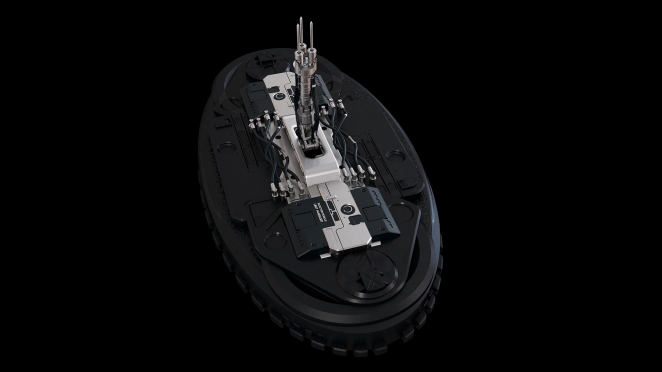