Never did I once think that in my lifetime we’d be seeing war in Europe and never did I think we’d see a historical figure in our midst that echoed the pure despotic evil of Adolf Hitler. But here we are, two weeks into a completely unprovoked invasion where bombing hospitals and schools is apparently par for the course.

These are dark times. Indeed, you could argue we’ve become almost numb to darkness in recent years. How many of you long for the days when we’re NOT living through a global catastrophe or humanitarian crisis?

Of course, this too shall pass (hopefully) but for the time being, we all need to pull together, stand behind the people of Ukraine and condemn the actions of Vladimir Putin as loudly as humanely possible.

Sanctions are a good start and while it’s taken the big boys like Coca-Cola and McDonalds a little longer than expected to sever ties with wannabe Soviet Union 2.0, at least we all now appear to be on the same page as far as the west is concerned.

But what brands and agencies are taking things a step further and really sticking it to Putin? 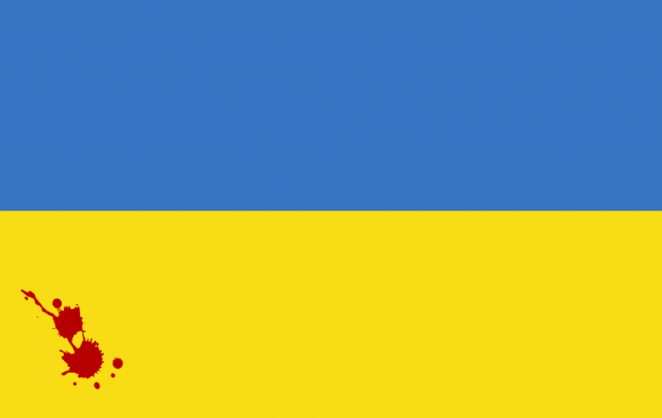 The World Federation of Advertisers

Earlier this week, the WFA released a pretty definitive statement on where they stand regarding the current atrocities being committed by Putin’s forces in Ukraine.

“The WFA expresses its horror at the needless human suffering caused by Russia’s unprovoked invasion of Ukraine. The thoughts of the entire organisation and our membership are with the victims. Many of our members have businesses in both countries and are rightly prioritising the safety and wellbeing of their people.”

“WFA will continue to work with its members and partners in the Global Alliance for Responsible Media (GARM) to ensure that advertising investment does not support or monetize misinformation and will be holding weekly meetings to provide the latest intelligence from members, agencies and platforms.”

The organisation also conducted a poll amongst its members. Of the 31 global brand owners representing $43bn in global ad spend who responded, three in four have reallocated, reduced or cut spend in Russia altogether. 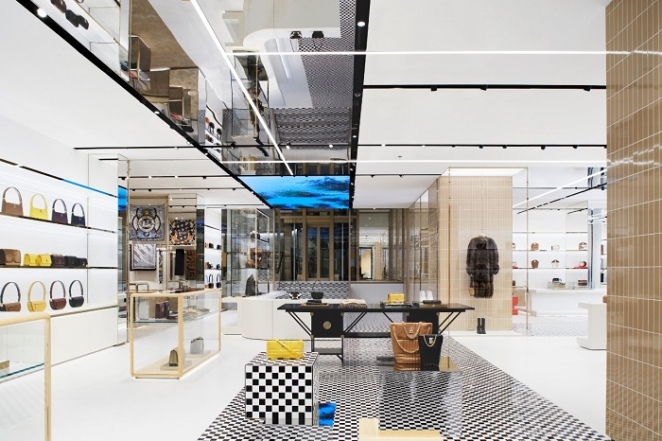 Many of the luxury brands ironically favoured by the snootiest of the Russian oligarchs came under criticism for their silence in the initial days of the invasion. But, perhaps partly in response to this criticism, LVMH closed 124 stores in Russia as well as making a donation to the International Committee of the Red Cross. Chanel and Hermès, meanwhile, closed 17 and three stores respectively. Burberry also closed its three stores in the country.

H&M has closed all stores in Ukraine and has halted all sales in Russia. This is a bold move for the brand, as Russia is its sixth-biggest market, accounting for 4% of global sales. Next, which has an online operations and a distribution centre in Russia, also announced it has stopped trading in the country. Its warehouse employs 160 permanent and agency staff. 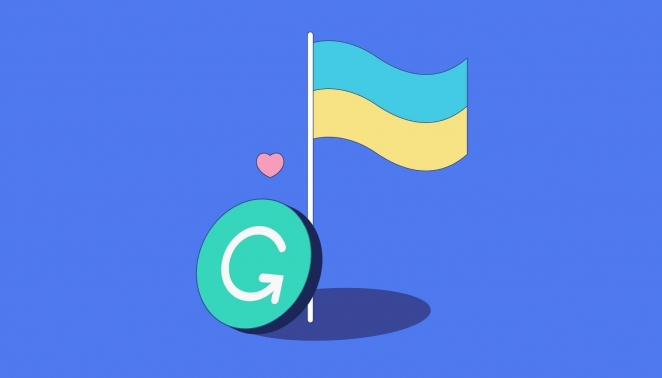 The app that I use every single day of my working life was founded by Ukrainian-born Max Lytvyn and Alex Shevchenko. So it’s no small wonder it’s decided to suspend its services in Russia and Belarus. Grammarly will also “donate all of the net revenue earned from Russia and Belarus since the war started in 2014 through 2022 to causes supporting Ukraine." This amounts to a $5m fund. They’ve also made a slight alteration to their logo, which is now proudly sporting the yellow and blue colour scheme of the Ukrainian flag.

The gaming giant has removed all Russian and Belarusian national clubs from its video games, including Fifa 22 and NHL 22, saying it “stands in solidarity” with the people of Ukraine. This is a small part of a much wider move on behalf of the sporting and gaming communities at large to completely isolate Russia from western culture and entertainment.

Payment firms Visa and Mastercard have severed ties completely with a number of Russian financial institutions. Visa also said it will donate $2m for humanitarian aid, a donation matched by Mastercard. “We will continue to work with regulators in the days ahead to abide fully by our compliance obligations as they evolve,” Mastercard said in a statement. Apple and Google Pay have also stopped processing payments from a number of Russian banks. 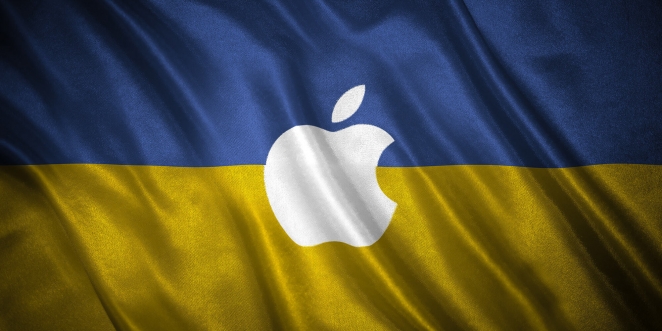 The tech behemoth has officially ended all product sales in Russia. “Last week, we stopped all exports into our sales channel in the country,” Apple said in a statement. “Apple Pay and other services have been limited. RT News and Sputnik News are no longer available for download from the App Store outside Russia. And we have disabled both traffic and live incidents in Apple Maps in Ukraine as a safety and precautionary measure for Ukrainian citizens.”

After removing all Russian state-affiliated content, including blocking RT and Sputnik, Spotify has shut its offices in Russia “indefinitely.” “We are deeply shocked and saddened by the unprovoked attack on Ukraine,” Spotify said. “Our first priority over the past week has been the safety of our employees and to ensure that Spotify continues to serve as an important source of global and regional news at a time when access to information is more important than ever.” The company is also matching employee donations two-to-one to support humanitarian efforts in Ukraine.

Ikea has closed its stores in Russia and Belarus, which amounts to 14 stores and 15,000 workers. “The devastating war in Ukraine is a human tragedy, and our deepest empathy and concerns are with the millions of people impacted,” the company said in a statement. "The immediate actions of Inter Ikea Group and Ingka Group have been to support the personal safety and security of Ikea co-workers and their families, and we will continue to do so.”

Asos has blocked sales in Russia, stating that it’s “neither practical nor right” to trade in the country. “Immediately following the invasion, Asos suspended sales in Ukraine as it became impossible to serve customers there,” it said. “Against the backdrop of the continuing war, Asos has decided that it is neither practical nor right to continue to trade in Russia, and has therefore today suspended our sales there. Our thoughts are with the people of Ukraine and all those affected in the region.” 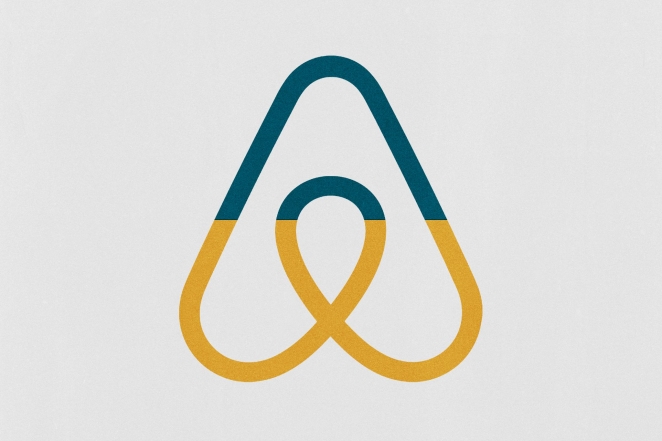 Airbnb is offering free, temporary housing for up to 100,000 refugees from Ukraine through its nonprofit division Airbnb.org. It will partner with resettlement agencies to house Ukrainian refugees across the world. “We know that hosts on Airbnb and guests around the world will be eager to stand up and assist this massive effort and, in the coming days, Airbnb plans to share details on how hosts on Airbnb and the broader community can support this initiative,” it said in statement.

Shell and BP have both committed to exit all Russian operations. BP has dropped its stake in Russian oil giant Rosneft – a move estimated to cost the company $25bn – while Shell will drop its stakes in Sakhalin and Russian gas giant Gazprom. ”We are shocked by the loss of life in Ukraine, which we deplore, resulting from a senseless act of military aggression that threatens European security,” said Shell chief executive Ben van Beurden.

The great entertainment tyrants have come together to paused all theatrical releases in Russia. “We will make future business decisions based on the evolving situation,” said Disney in a statement. “In the meantime, given the scale of the emerging refugee crisis, we are working with our NGO partners to provide urgent aid and other humanitarian assistance.” Warner Bros has also pulled its slate of films set to be released, including the highly-anticipated Batman film. Sony Pictures will also pause all its theatrical releases in Russia. 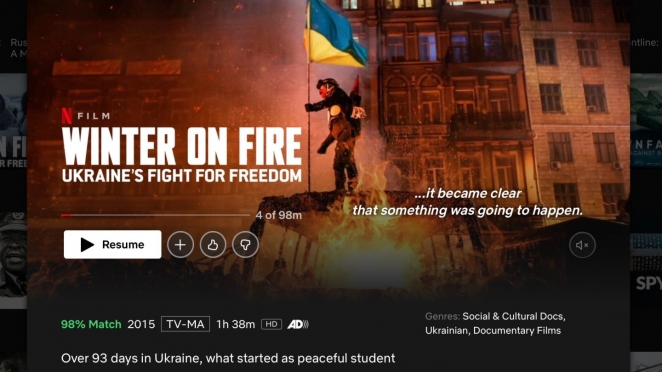 The streaming service has refused to comply with a new Russian law that requires all streaming services with more than 100,000 daily users to carry 20 major Russian federal television channels, many of which broadcast propaganda. “Given the current situation, we have no plans to add these channels to our service,” said a Netflix spokesperson.

All major UK mobile telecoms providers have waived charges on all calls, texts and data to and from Ukraine. Statements from the providers warned that signals in the area have been affected by damage to local networks and equipment. In the US, Verizon has also committed to waiving charges.

Etsy has said it will write off all outstanding fees owed by Ukrainian sellers – including listing fees and transaction fees – to offset ”tremendous financial hardship” for creators affected by the conflict. Etsy estimates these fees to total $4m. “The events unfolding in Ukraine weigh heavily on us all,” wrote Etsy chief executive Josh Silverman in a blog post. “Being part of a community means that when one part is suffering, the rest of us must step up and offer our support.

The Vista-owned company, based in Ukraine, provides stock photos, graphics and videos. It’s making a collection of images depicting the reality of what’s happening on the ground available for free in an effort to prevent the spread of misinformation. It’s actively targeting people in Russia. “We urge you to please not close your eyes to what is going on. This bloody war is not only a threat to the freedom of Ukraine, it is a direct threat to freedom of speech, finance and movement,” VistaCreate vice-president Vadim Nekhai wrote to customers. “A threat to the identity of each of you, each citizen of Russia, who did not start this war, but will continue to do nothing.”

Reporters Without Borders is cutting through Russian's information blockade with a new system hack using blockchain technology - allowing access to censored information. Launched with DDB Germany in partnership with the digital and innovation studio Hyperinteractive, The Truth Wins uses an innovative strategy to provide easy access to censored articles and independent information by prominent journalists from Russia and Turkey, the countries most responsible for forcing Twitter to quash dissident voices, as well as Brazil, another country notorious for disinformation and journalist harassment.

Nestle, the world's largest packaged food group, has suspended all capital investment in Russia following its invasion of Ukraine. The Switzerland-based company's decision follows similar moves by other food majors, which are under pressure from consumers to take a stand against the conflict. Procter & Gamble and Unilever also said this week they were ending new capital investment in Russia and no longer advertising in the country. Unilever has suspended all imports and exports of products into and out of the country.

Amazon will halt shipment of retail products to all customers in Russia and Belarus, suspend access to Prime Video in Russia, and no longer accept new customers based in Russia or Belarus as Amazon Web Services clients or third-party Amazon sellers. 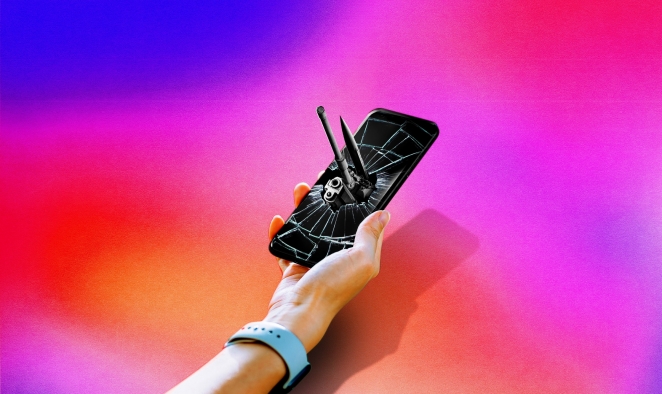 TikTok announced on Twitter last Sundaythat  it is suspending live-streaming and new content to its video service in Russia while it reviews the “safety implications” of Russia’s law banning any content the Russian government deems “fake news” about its military—with the publishing of such content punishable by up to 15 years in prison. Meta executives also said that posts from Russian state media are no longer being recommended to users by Facebook’s algorithm, and soon won’t be by Instagram’s.