Stanford the Flying Pig: Up, Up and Away!

Liz Carlston had written a book.

She wanted to self-publish it on Amazon but needed to make her book different from everybody else’s. Children’s books all look the same nowadays: arty-farty and scratchy. Loose creations that look more at home in an arts & crafts market and not in a serious bit of children’s literature. She needed illustrations that were more substantial and treated the child’s mind as a sentient being rather than an adorable idiot. 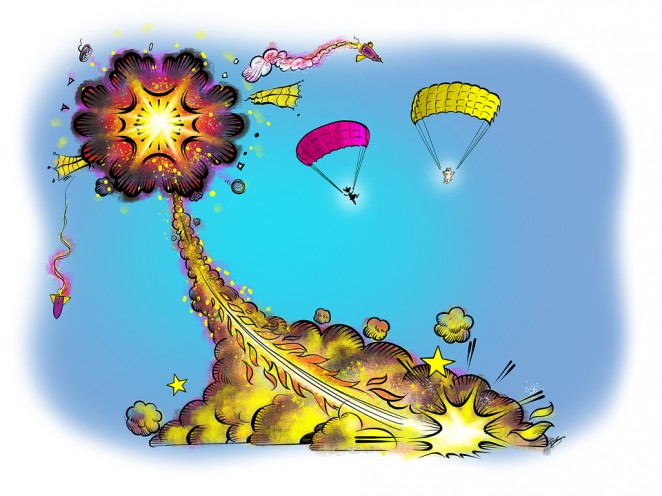 She found me on the internet and approached me with a commission to create 15 illustrations for her book. I read her almost-final script and found much that I admired. Liz quite obviously had embraced good-old ideals of individualism, ingenuity, and fortitude in the face of adversity. Her book tells the tale of a little hero Stanford.

Stanford had a dream

He was the smallest piglet in the litter and was frequently picked on by his siblings.  Nevertheless, Stanford had a dream. He wanted to fly, to rise above all that held him back and soar into the blue. He believed in himself and with the help of his friend Loki, he did it. He won the admiration off his siblings and the pride of his mum. The themes of friendship, fairness, and honesty attracted me and convinced me to get involved with Liz’s project. 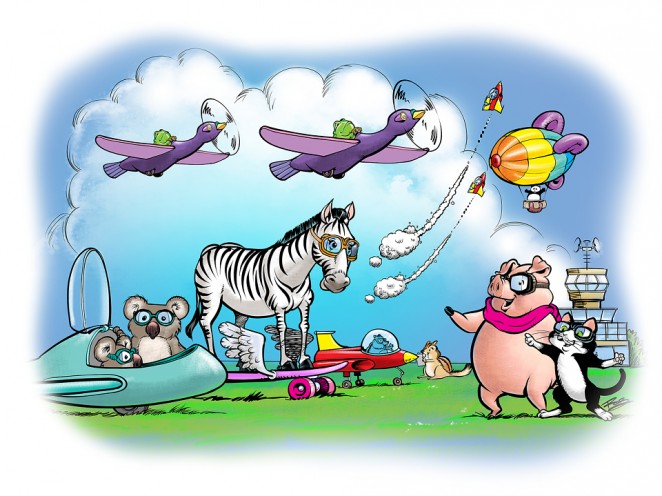 After us both pouring over the story Liz sent me suggestions for each image. I started by drawing thumbnails of each illustration which I sent to Liz for her comments, suggestions, and improvements. There wasn’t much to change at that point so we moved on to rough pencil sketches.

I have left pencil and paper as a means to do roughs because I find drawing on a graphic tablet is far more convenient and it’s better for the environment. I use an iPad Pro with the Apple Pencil to do all my initial work. It also saves me a lot of time because I no longer need to scan each image several times in the course of a project. 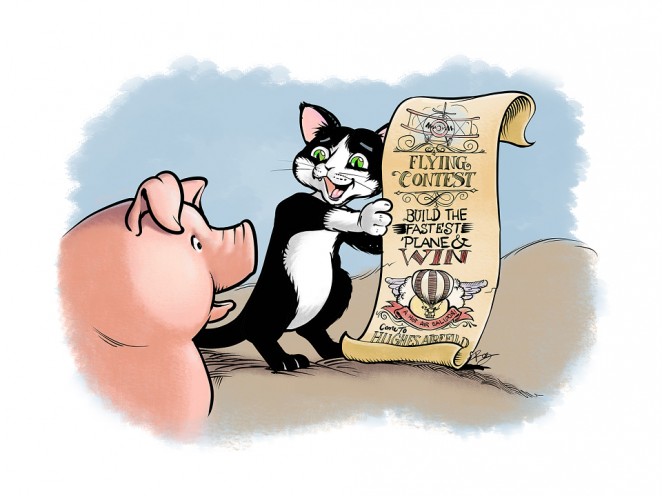 After Liz had approved the roughs I used the iPad to ink each frame. I find the inking tool in Sketchbook Pro far neater and intuitive than actual pen, ink and paper. Thereafter I switched to Photoshop for the colouring. I can colour my work on the iPad too, but I felt more comfortable using Photoshop.

At about this time Liz’s partner approached me secretly and requested high-resolution versions of two of her favourite images. He planned to print the two illustrations out and frame them for Liz. What a great idea! 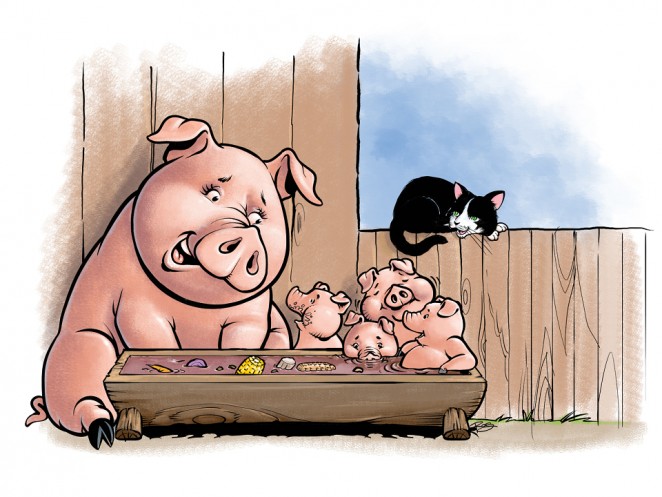 She was absolutely loving what I was doing and having two of the images she loved best in a frame hanging on a wall seems like a great thing to do for her. Liz loved the work so much she then added another two images to make the full job 17 images. I was delighted to assist!

I love contributing to projects that affirm the goodness of life

Liz’s book will be published on about the 17th March 2020. I have not been told what the title will be, but I will share it all when it is available to view and buy.

I absolutely love contributing to projects that affirm the goodness of life and the strengthening of our societies and culture through positive narratives. I see children’s literature as the bedrock of good social norms and am always honoured to be included in something I deem so important. I wish Liz all the best and prosperity for the future. I hope to one day work with her again. She is a great client and collaborator! 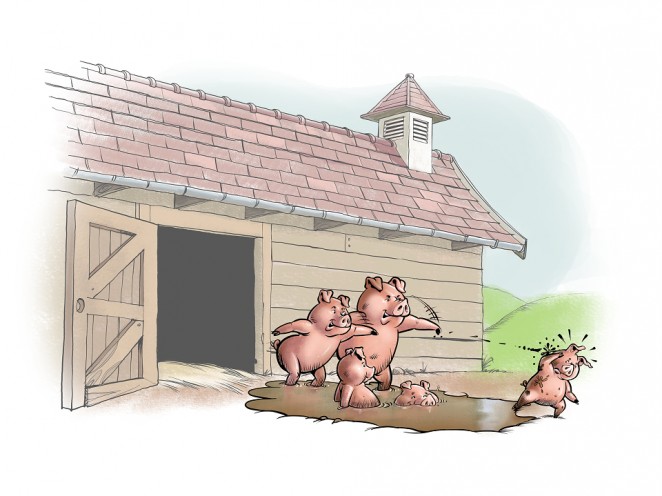 The endless curiosity of Birger Linke

DMG group creative director Birger Linke believes you can never run out of problems to solve. And that is the primest of fuels for creativity. Birger admits he would probably be a pilot if he hadn't chosen to follow his heart and dive into graphic...