#SquadGoals with a new Epic Dance Off for MoneySuperMarket by Mother

The “Epic Dance Off” campaign has been arguably one of the most memorable of the last few years, so a new spot is always greeted with a degree of fanfare. This time, MoneySuperMarket is knocking it up another notch by bringing strutter Dave and builder Colin back onto our TV screens this for another dance battle of epic proportions, this time with a few friends in tow. The new spot, which first sired over the weekend on ITV during The X Factor (prime advertising real estate) pitches a group of smartly-dressed, long-legged strutters, led by the hot-pant wearing businessman and diva Dave, against a group of hard-working, yellow vest-wearing builders, led by the world’s most flexible builder Colin. The strutters and builders face off in an urban backstreet and an epic battle kicks off, as each squad attempts to outdo the other with a series of twerks, thrusts and body rolls. Factor in the well-known voice of Peter Dickson enthusiastically praising their performances and you've got an easy win on your hands. 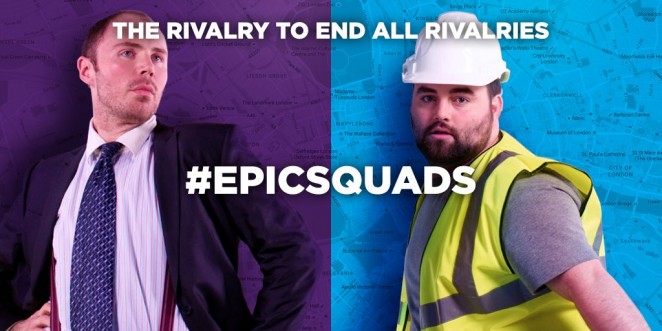 In an exciting first for the brand, fans of the ad will also be able to transport Dave and Colin from their TV screens into their neighbourhoods, using Google Street View. “Epic Street View” will allow any wannabe strutters and builders to type their postcode into Google Maps and see Dave and Colin throw some familiar shapes outside their house. The 60 second ad will be amplified through a multi-channel integrated campaign across PR, digital and social media, using the hashtag #EPICSQUADS. The campaign is once again being handled by Mother, who really outdid themselves this time in a spot that's equal parts batty and infectious. It remains to be seen where there is left to go from here though, as this is certainly not a concept with a ceiling. 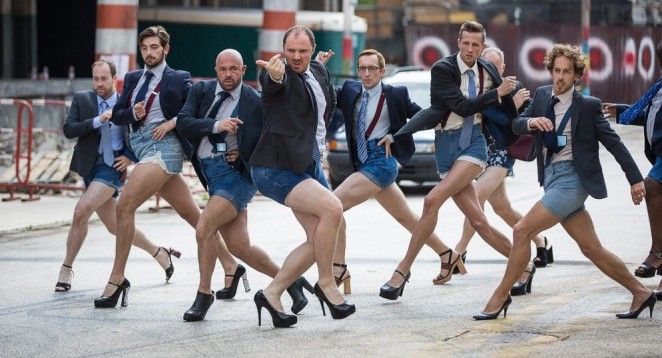 Darren Bentley, Marketing Director at MoneySuperMarket, said:“We’re always looking for engaging new ways to convey that epic feeling customers get when they save money on their household bills. We were delighted that ‘Epic Dance Off’ was the country’s most recalled ad when it launched back in April, and we couldn’t resist the challenge of bringing Dave and Colin back in an even bigger and better battle. We’ve also taken the opportunity to innovate with the digital amplification of the campaign, with our new ‘Epic Street View’ plug-in for Google Maps, which enables fans of the ad to take their favourite character home.”

Kyle Harman-Turner and Martin Rose, Creative Directors at Mother, added: “The hot pants have been pressed. The poles have been greased. Forget the Bloods versus Crips or the Hells Angels versus the Outlaws - this is the rivalry to end all rivalries. Ten blokes in hot pants and high heeled shoes, versus ten sassy pole dancing builders. The strutters saved on their car insurance and the builders saved on their home insurance - but who’s the most epic?”

Well seriously, I would like to stay PP on this case (politically polite)...

Like as if big bum hipsters in hot pants and high heels and goaties were the pinacle of creativity in 2016...

Come on please, gimme a break!

Made in Shoreditch or Hoxton, probably