Smell like McCann with the “Eau de Créativité” perfume

If you've ever genuinely wanted to literally smell like an advertising agency then I frankly feel a little sorry for you. I mean, as someone who has spent a fair amount time in a handful of agency offices across the country, there's nothing particularly striking or unique about the way they smell. However, if you examine the concept on a more abstract level, it actually sort of starts to make sense. The best agencies are bastions of raw creative passion, and who wouldn't want to bask in that essence? At least that's the reasoning McCann Montevideo have stuck with here when creating their own “Eau de Créativité.” 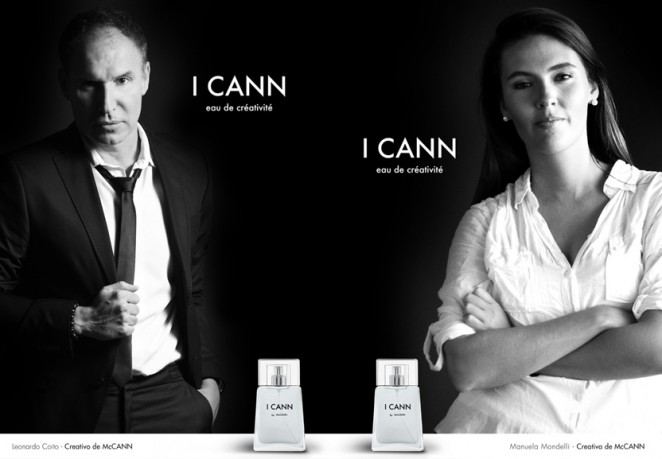 The Uruguay-based agency celebrated its 70th anniversary recently by creating a product that symbolises its commitment to creativity; a limited-edition perfume. The I CANN Eau de Créativité was supposedly created as a medium to boost creativity, and to analyse exactly what that means, we need to pass the conversation over to CEO and General Creative Director, Leándro Gomez, who said of the unique project: “What brands say is important, but more important is what they do. For this reason we wanted to create something special that would reflect McCann’s mission: to make brands play a meaningful role in people’s lives.”

So effectively, he reasons that, because McCann’s role is to encourage creativity among clients and in their brand development, they wanted to develop a product that would boost creativity among its own people. He continued: “In our research we determined that creativity is completely emotional and with no logical process. We also learned that scents are a powerful medium to convey emotions, in fact, 75% of our emotions are connected to scents that immediately take us back to very specific moments of our lives. That is why we wanted to create a sent that symbolises creativity.”

“We wanted to create something special that would reflect McCann’s mission: to make brands play a meaningful role in people’s lives”

I can't personally speak for the effectiveness of the fragrance, but the press release assures us that it was created in a unisex formula with citric fruit notes. So apparently creativity smells a bit like lemon and orange. Who knew? The real crux of the I CANN activation, however, can be found in the instructions listed on the bottle, which state that the bottle can't be opened until a “Big idea” is found. It says that is must then only be actually applied after a peak moment of creativity, so the user learns to associate the smell with the moment of creative discovery. Apparently, users must repeat the proper application at least three times to successfully establish the connection between the scent and creativity. I'm not 100% sold on the science behind this, but it's definitely a neat concept. 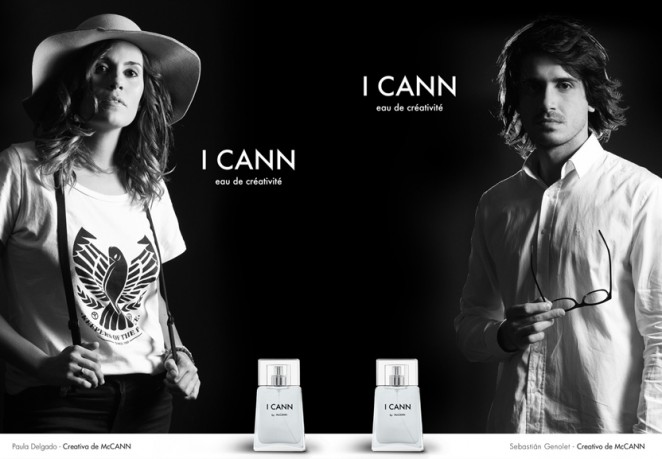 The release of the perfume is just one of many unique worldwide activations from McCann of late. McCann London recently released its own sneaker inspired by its art deco-style building, whilst McCann Japan hired its first robot creative director this year. For my money, however, this one takes the cake. The agency sent out 300 bottles of the fragrance to clients, prospects and opinion leaders in Uruguay. It also made its own video (below) to promote the fragrance, starring its agency staff in cheeky black and white shots reminiscent of classic fragrance ads. According to a spokesperson for the agency, the response has been abundantly positive thus far, and it aims to create more bottles of I CANN in the near future. If McCann are reading this and fancy sending me a bottle, I'm more than willing to document my experiences and whether or not the fragrance manages to catalyse and improve my creative faculties. Hey, it's worth a shot right?

Benjamin Hiorns is a freelance writer and struggling musician from Kidderminster in the UK. If he was a fragrance it would probably be hoppy and rustic with a subtle hint of pine.