Just a few short months after it was named the “most complained about advertising campaign of 2016” by the Advertising Standards Authority (ASA), Moneysupermarket is looking set to rise from the ashes of infamy by replacing gyrating working men with a super villain. In an inspired move (and I say this primarily as a child of the 80s), Mother have enlisted the services of iconic Master of the Universe, Skeletor, to demonstrate that even the most eternally disappointed individuals can still feel epic by saving money on their car insurance. It might seem like a rather random choice at first, but give the ad a chance and, if you have even the faintest memory of the iconic cartoon from which the shrill villain is drawn, you'll be left with a skeletal grim on your face. Or not, but it certainly worked for me! The new ad, directed by Fredrik Bond from Sonny London, shows Skeletor, who has moved from his lair on Snake Mountain to a suburban cul-de-sac, startling his cat by waking up with unusual vigour and positive energy, before exploding onto his local High Street to dance the morning away. The voiceover reassures us that he’s simply celebrating feeling epic after saving money on his car insurance.

To the contagious beat of the classic 80s tune “Fame,” Skeletor picks up a band of dancing followers on his journey through a typical High Street. Among them is a new schoolboy sidekick who is trusted with the Havoc Staff. He-Man, Skeletor’s arch-nemesis, who is stocking up on bananas at the local supermarket, looks on in amazement as the epic scene unfolds in front of him on the High Street. He, of course, concludes the ad by summoning the Power of Grayskull. It essentially takes the concept of the much-maligned “epic dance-off” spots, but lends it a nostalgic edge that made me think; “this is probably what they should have been doing all along.” I honestly can't predict if Moneysupermarket will be mining the great pantheon of 80s cartoon heroes and villains for future ideas, but it's worked wonders for Halifax and their Hanna-Barbera crossover campaigns, so it certainly wouldn't be a bad idea. Hint hint.

Darren Bentley, Marketing Director at MoneySuperMarket, said: “We wanted to bring a fresh new perspective to our ‘You’re So MoneySuperMarket’ campaign this year. We thought it would be fun to subvert expectations of one of the best-known super villains from our childhoods and show that, no matter who you are, you’re bound to feel epic if you save money on your household bills.” Jo Gunn, Category Manager at Mattel UK, added: “It has been a pleasure to work on this exciting and innovative campaign featuring the iconic Masters of the Universe characters. I’m looking forward to seeing the campaign come to life and to introduce He-Man & Skeletor to a new generation of fans.” 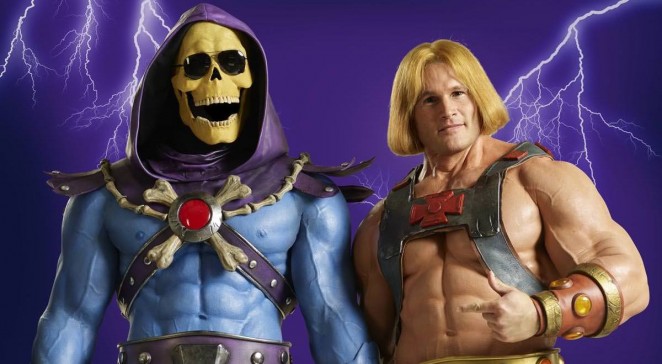 The ad will premiered on national TV over the weekend, and will be amplified by a multi-channel integrated campaign across PR, digital and social media, using the hashtag #EPICSKELETOR. Post production on the spot was through MPC with the song “Fame” licensed through Born Licensing. It's not big and it's not clever, but it's certainly a lot of fun and it just goes to show that not all bad campaigns are beyond saving!

“This is a brilliant example of how iconic characters can be used in a truly creative way. It perfectly plays on the character traits of Skeletor and He-Man that we all know and love” Born Licensing Director, David Born

Benjamin Hiorns is a freelance writer from Kidderminster in the UK who would love to see Mum-Ra (Thundercats) or Cyril Sneer (The Raccoons) in the next Moneysupermarket ad!

Glad to hear you enjoyed the ad!