The Singapore Business Review recently named three executives from Grey Group Singapore on their “10 hottest ad execs and marketers under 40” list, meaning the agency has taken almost a third of the entire list! In descending order according the age, the executives selected for the list were Sharon Siew, the head of client services of the agency's digital division, Yolk, senior account manager Madina Kalyayeva, and account manager Miguel Martinez.

Siew said; “Being a part of the Grey Digital Singapore team has been a wonderful journey,” where she has worked alongside some of the brightest talents in the industry. She is “Honoured to be recognised by the Singapore Business Review,” and thanks her team for all their hard work, adding that “The late nights were worth it.” She started her career in the finance industry before making two left turns, first into teaching and then into marketing communications. She later joined Verticurl, where her performance drew the attention of Yolk (then an independent digital agency), which lured her over in 2010 to be a Digital Account Manager for Yolk.

Sharon Siew said; “Being a part of the Grey Digital Singapore team has been a wonderful journey”

Kalyayeva, meanwhile, believes that “Cultivating strong business relationships ensures seamless communication between the agency and the clients.” She has “Particularly enjoyed the global and regional campaign work for Grey Singapore,” and feels that “To be recognised by the Singapore Business Review, is an honour and definitely a feather” in her cap. She adds that she is “Looking forward to the challenges and opportunities ahead.” She joined Grey Group Singapore in 2012 as a Senior Account Executive. She manages several client servicing and creatives teams, serving regional and global accounts including Qatar Airways and the BK Birla Group. 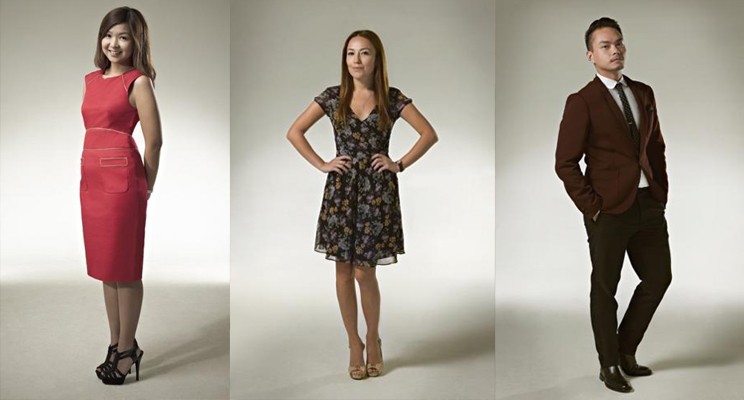 Finally, Martinez jokes that for once, he is “Glad to be at the bottom of the list,” as that means (in this case at least) that he's the youngest. He says “The past two and a half years has been a great learning curve,” and topping that with “Blue-chip clients, exciting campaigns and working with the Grey Singapore team” has made his experience all the more worth-while. He began his career at Dentsu Singapore on their flagship Canon account, but is now the quintessential ad man at Grey Singapore, with a client list that would be the envy of any of his peers, including GlaxoSmithKline, LASALLE, KFC, Metro department stores, Greenlam, and most recently Sentosa.

Miguel Martinez jokes that for once, he is “Glad to be at the bottom of the list”

Other executives named on the list included OgilvyOne Singapore ECD Melvyn Lim, who topped the list three years after being named as the first and youngest Singaporean (or Asian) to hold the position. Ogilvy & Mather also claimed the second and third spots in the shape of Shirley Tay, who is the first woman to hold the MD role at the agency's Singapore office, and Michele Wong, head of consulting and OgilvyOne.