The first work for Virgin Atlantic created by Lucky Generals launched last month introducing the the new endline “See the world differently”, which acknowledges the travel industry is entering a new era.

The campaign is headlined by a 60-second TV ad directed by Ben Strebel at Biscuit. The film focuses on a group of charismatic characters through from the airport to aboard the plane. Customers and crew alike joyfully do their own thing, set to the song “I am what I am.”

The campaign champions the rich individuality of the airline’s people and customers, building on research that travellers find most airlines’ crew to be impersonal in their service. There’s also a print campaign made up of beautifully rich shots of Virgin Atlantic crew and customers, with lines championing their individuality.

To go a little deeper, we caught up with the team at Lucky Generals to go behind the idea this week.

The brief was two-fold. Firstly, to establish a new brand platform that speaks to brand’s heritage of challenging the status quo and doing things differently, and one that could inform absolutely everything that Virgin Atlantic does, rather than focussing on comms alone. Then, we needed to launch the new platform with a bold and distinctive campaign capturing what sets Virgin Atlantic apart.

We pitched in May 2021 for the Virgin Atlantic business and it was during that process that the platform ‘See the world differently’ was developed. We began to feel really excited about what it could lead to once we started working with the brilliant team at Virgin Atlantic – not only in terms on advertising but the actions, initiatives and products that could come off it.

For the launch campaign itself, we explored lots of examples of what makes Virgin Atlantic different to determine what to focus on - there were so many things to choose from  it wasn’t a quick process! But it was a really interesting and enjoyable one. We kept coming back to their people as the best evidence of their difference, both those who work at Virgin Atlantic and their customers.

Virgin Atlantic customers are treated as individuals by an amazing crew who are encouraged to be themselves at work. There is powerful shared philosophy that we set out to capture in the campaign and it felt like a really rich territory creatively. 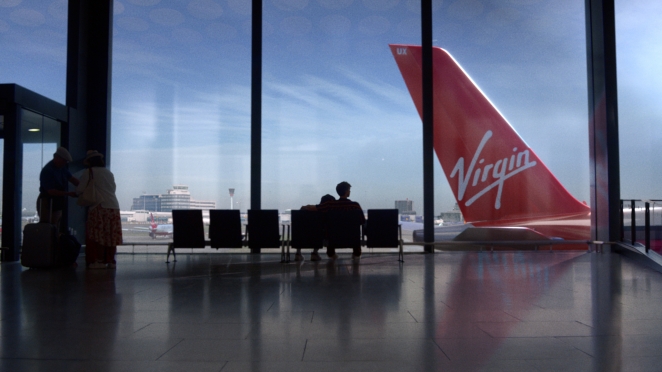 Our challenge was to come up with an exciting, bold and simple idea. For film, our aim was not to write something ‘addy’ but instead search for a piece of writing, prose, lyrics, poetry etc that captured how Virgin Atlantic champion individuality, of both their own people and their customers.

Then, after much research, countless creative meetings, and many, many scripts, we whittled it down to a few executions that we felt really captured what we wanted to say. These few scripts are then turned into animatics and they were researched with the communities represented in the ad to ensure we avoided negative stereotyping and captured the individuality of each character.

After the scripts have been through research we take onboard any feedback and help feed it into the work to make it the best it can be. This final script is then taken into production.

Tough and challenging but exciting and ultimately rewarding.

Logistically it was a complicated project as we were shooting in an airport with lots of people and equipment. Bringing all these people together was a monumental challenge in itself, and we were under pressure time wise. It was also very tricky grounding an A350 and then getting enough time to shoot within it.

Plus, we were not only shooting a film, but also a stills OOH and DOOH films as part of the whole campaign, all in the same location.  However, this is the nature of the work we do and when it comes all together it is extremely satisfying.

On top of all the usual techno-wizardy that goes into most productions these days. We used a live orchestra to record the music (the Prague Philharmonic) and some very late night live vocal sessions from Lady Blackbird, the fantastic voice behind the song. (who was based in LA). We also had the masterful skills of the DOP Daniël Bouquet who shot the amazing film Sound of Metal.

When one of us (not naming and names) was 7, they gave their first ever valentines card to a girl at school. Unbelievably she turned out to be the EA of the Virgin Atlantic CEO and came to set one day. After an awkward re-introduction she proceeded to tell everyone about the time they dressed us as a penguin in the school play. They ended up being called ‘Pingu’ for the rest of the shoot.

The main message is no matter who you are, a six year old off to Disney World, a CEO headed to a shareholder meeting or even the crew and pilots who fly the plane. You can always truly be yourself when you fly with Virgin Atlantic. 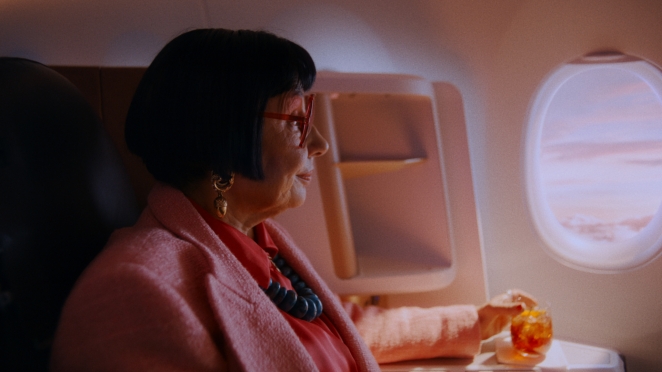 Hard to be exact because it was a long process from pitch to the final work but from the final iteration of the script to the finished film was probably about 4 months.

We want to get thousands more people choosing Virgin Atlantic, experiencing what the brand stands for and inspiring people to ‘See the world differently’. As well as signaling to the world that Virgin Atlantic is a brand where everyone is welcome. We spent a lot of time working with the communities represented in the campaign, understanding their lived experience of travel.

It was humbling to hear how difficult it can be for so many, whether that’s physical accessibility, destinations where you’re not free to be yourself, or airport processes which question who you are. A bigger long term objective is that people see Virgin Atlantic as a space where they can truly be themselves. 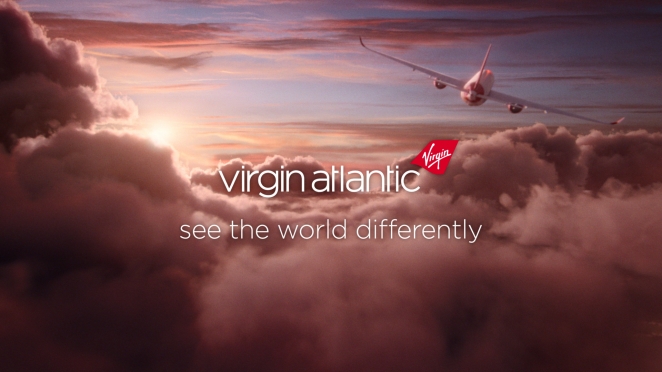