As we awoke this new year, rubbing the dry grit of 2017 out of our eyes – in search of the last bastion of moisture, on the loofa we used to call "tongue" – we might just have been able to whisper the words "never again" with a little more conviction. Even if we only meant: until we've done Dry January.

January aside, it seems that not getting smashed has become a thing – with just over 56% of the population now considering themselves regular drinkers – the lowest figure since 2005. And, though there seems to be something of an epidemic in boozing amongst the middle-aged and over 65s, younger generations are beginning to shape a different landscape in socialising.

Continuing to nurture a trend in conscious consumerism, of the 1,023 Millennials surveyed by Eventbrite last year, only one in ten saw getting drunk as being "cool". In fact, many of them used words like "embarrassing" and a few even went as far as "pathetic". They're adopting a holistically healthier view of their bodies – smashed avo on toast replacing public enemy #1, the bacon sarnie – and alternatives to alcohol are becoming, erm, "cool". 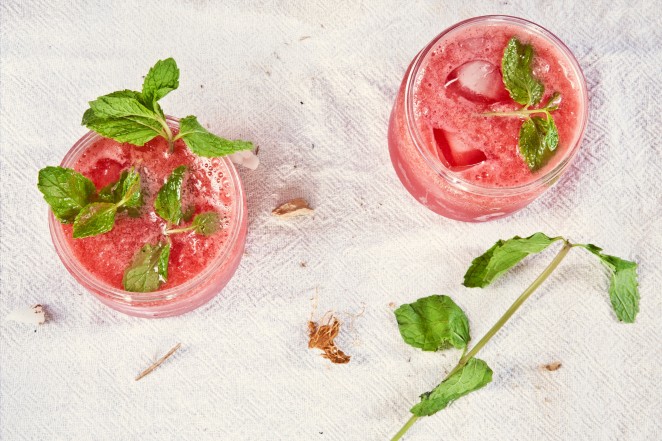 This phenomenon isn't UK-centric either, it's taking shape across the globe. Notably, in the States – where mindfulness events and juice crawls are now more likely to form the basis of a good weekend, for 16-37 year olds, than hitting the club.

So what was 2017's newest thing in liquids? Botanicals: The thing to be seen sipping: slowly with a slice of orange rind, a sprig of rosemary and a couple of ice cubes. Last year natural, plant-based, extractions found their way into all sorts of beverages – alcoholic and non-alcoholic – from Britvic's Thomas & Evans No1 to Luscombe's damascene rose bubbly.

Leading the charge, though, was Seedlip – the world's first zero-proof, distilled, spirit. Promising the same depth of character as an alcoholic counterpart, without the next day shakes. 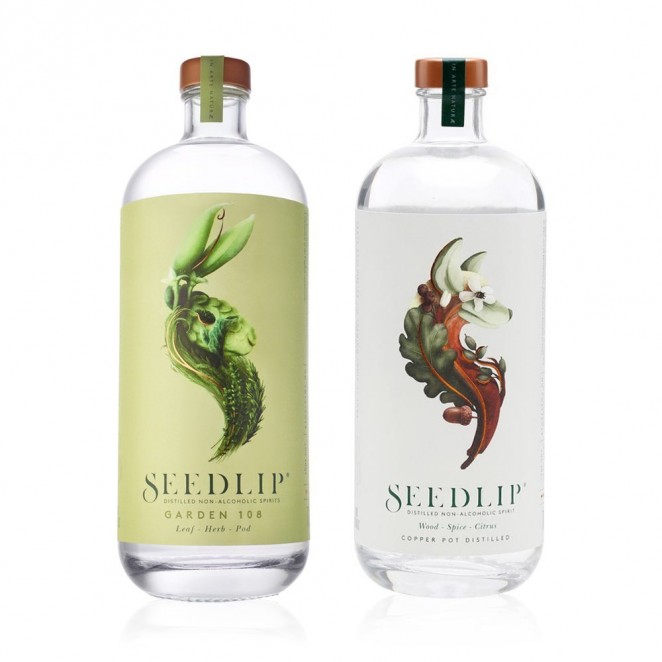 Their two seasonal offerings – Spice 94 and Garden 108 – have been so popular that the brand has now started shipping to locations across the globe. Last year some European cities, the US and Oz picked up the product and there are now a host of stockists nationwide, within the UK. Recently, Seedlip became the first non-alcoholic signing by Diageo's commercial distillery arm – a pretty big statement for a producer of some of the world's leading alcohol brands. Luxury retailers Selfridges, Fortnum & Mason and Ocado have also chomped at the bit to stock the new concept in "what to drink, when you're not drinking". Not a bad reaction to what was, essentially, an experiment in how not to have to get p*ssed.

Founder Ben Branson – a non-drinking former brand design consultant, who worked on several alcohol accounts in his time – felt fed up with not being able to order a decent non-alcoholic cocktail in London. Fast forward a few years to 2013: a cottage in the woods with his dogs and some stuffed animals, and he was tinkering with medieval distillery. Fast forward again and there's a ritzy 2017 launch party being held in New York City, in celebration of Seedlip's answer to the world's sober prayers.

It's not cheap, at almost 30 quid a bottle – more than some brands of liquor for the same ml – but people are buying into it, proving that there's a good deal of value in being able to enjoy the social aspects of drinking without the physical comeuppance.

Spice 94 – a blend of barks, spice and citrus – soothes the long chilly nights of the winter. The fresh crispness of peas and herbals in Garden 108 standing in for the G&T, or Pimms, of the Spring and Summer. Both are altruistically marketed as artisanal, natural and sugar-free and appeal to the ever health and eco-conscious consumer with comforting descriptors like; "hand-picked... & homegrown". Top that with a sumptuously naturalistic, illustrative, treatment from Pearlfisher and the product stands easy in the company of any upmarket whiskey or gin brand.

Where Seedlip really differs from previous ventures into the alcohol-free market though, is the complexity of note-tweaking adaptations offered through adding mixers. There's a big old section on the site suggesting concoctions that the distillation lends itself to – all delivered with flourish, this is no vodka and lemonade, after all. A proper alchemistic treatment of what was previously considered a bit of a buzz kill.

This year, drinking with more mindfulness is set to continue, with a host of up-market establishments jumping on the wagon and further visibility at festivals. Mondrian London offers its guests the Dandelyan Bar, whilst forward-thinking breweries, like Nirvana, focus on low or zero-proof craft. A hint, perhaps, that a gentler night out might be here to stay.