This July, 30 year old artist Scarlett Raven will be unveiling her ambitious, groundbreaking visual arts experience, The Danger Tree, in London. Scarlett is the first oil painter to work in the exciting world of augmented reality, and reveals the deeply personal process of creating her multi-layered, experiential art. Working exclusively with leading AR company Blippar, the viewer can use the Blippar smartphone app to unlock new truths about Scarlett's poignant work, stripping away the countless layers of paint to reveal the creative journey beneath each painting. 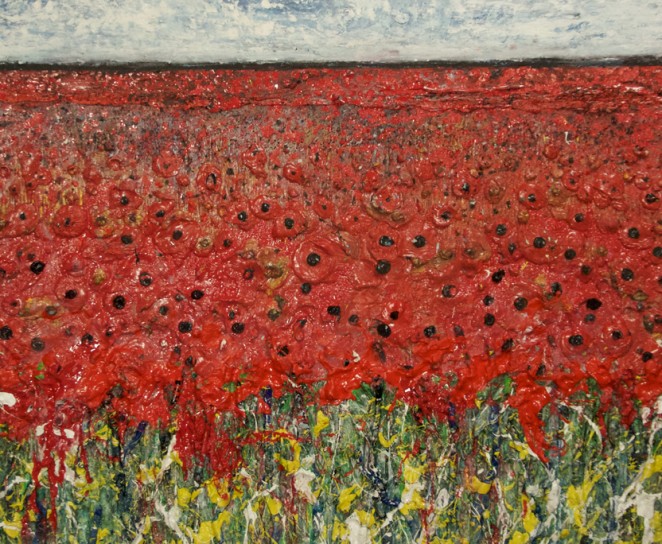 Beginning today (July 1), this trailblazing new project commemorates the 100th anniversary of the Battle of the Somme. Award winning film set designer Kave Quinn has magically transformed a 2,000ft space in Greenwich to create a blown out building from the French/Belgian borders. Parts of the exposed roof and walls will echo to the sounds of war, as each of Scarlett's paintings appear hanging from the walls still extant, each beautifully lit and positioned to take the viewer on an incredible journey. Scarlett’s new collection of work is inspired by the legendary WW1 poets Wilfred Owen, Siegfried Sassoon and Rupert Brooke, and is a memorial tribute to the Newfoundland Regiment who used a tree about halfway into “No Man’s Land” to gather their troops. Regrettably the tree was highly visible to German artillery, resulting in many casualties, and it became known amongst the soldiers as “The Danger Tree.” A replica of the twisted tree now stands to mark the spot. 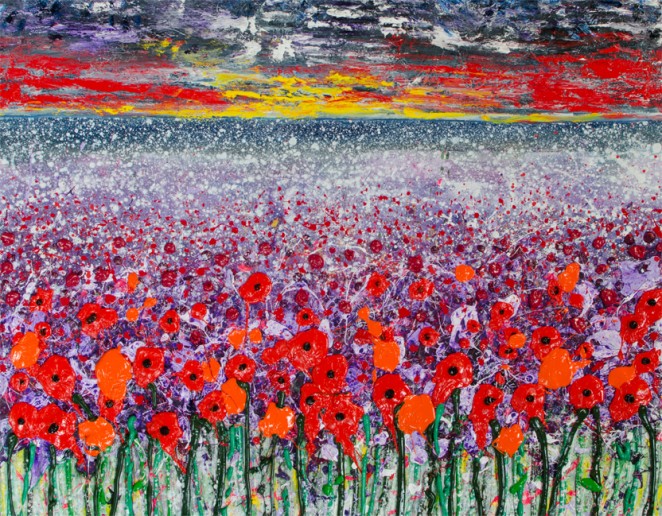 The experience begins at the titular danger tree, and moves through a number of equally striking scenes before arriving at the moving penultimate painting Black Poppies and the final painting, The Soldier; a reflection on all we have seen. The collection aims to challenge us to view alternative versions of the multi-layered, immersive work, seen through the words of the war poets and movingly expressed by leading British actors such as Sean Bean, Christopher Eccleston and Sophie Okonedo. Following the launch in London, The Danger Tree will tour the UK throughout October and November, exhibiting in Birmingham and Manchester and finally in Liverpool. 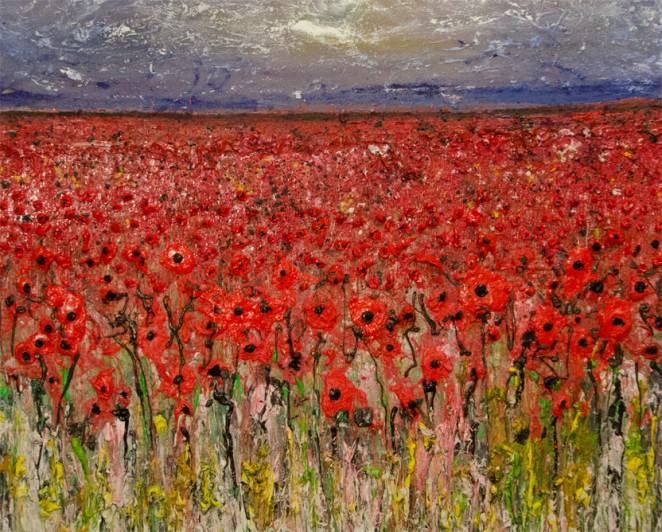 In Times of Peace Trigger

The work echoes a project Scarlett created back in May for mental health charity MIND, which revealed her own personal battles with deep anxiety issues. The painting included hundreds of ‘selfies' from other people who have been helped by MIND, and whose self portraits are now enshrined within the work. Again, these hidden layers are revealed with exposure to the Blippar App. The painting, titled “One in Four,” in reference to the number of people to experience mental health problems, fetched £13,000 at an auction to tie in with MIND’s 70th anniversary. 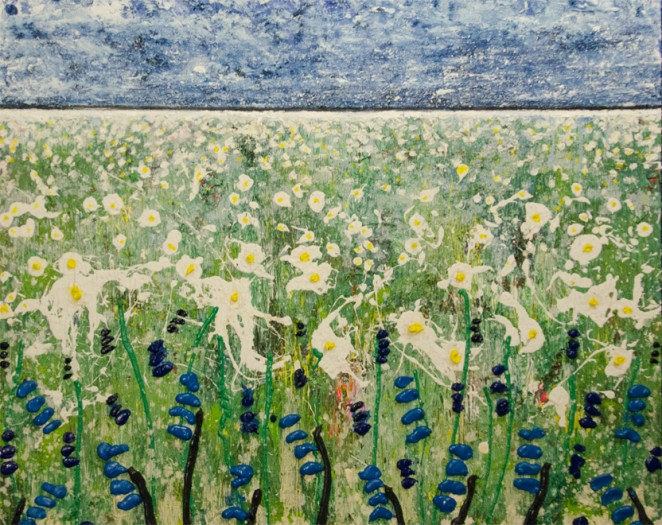 Scarlett is the daughter of acclaimed saxophonist Raphael Ravenscroft. As a second year student at Central St Martins in 2009, Scarlett became one of the youngest painters ever to hold a solo exhibition at the prestigious Cork Street Gallery. A further successful show in 2010 was Paint at Hackneys Printhouse Gallery and in 2012 once again at Cork Street Gallery she presented Flight. Her solo exhibition The Eleventh Hour at Castle Galleries, Bruton Street in 2014 was in collaboration with The Royal British Legion, commemorating the centenary of WW1 and emphasised the importance of remembrance and the enduring symbolism of the poppy. Scarlett’s print edition work is exclusively published by Washington Green Fine Art, the UK’s leading art publisher, and is available to buy from Castle Fine Art galleries nationwide. The Danger Tree is her most ambitious work yet, and can be viewed from today at the New Capital Quay in London and at further UK exhibitions throughout October and November 2016. 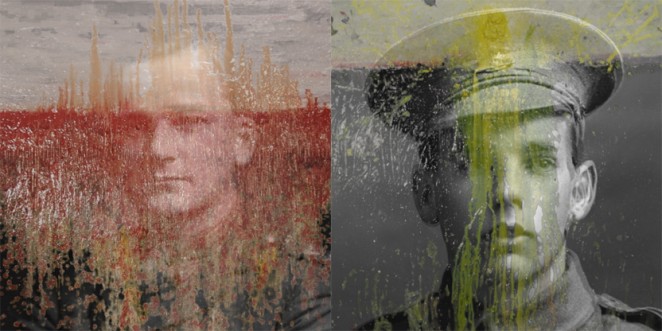 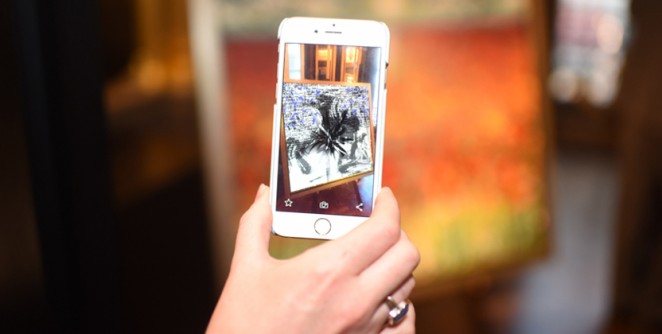