The renowned dance house Sadler’s Wells is engaging an enviable raft of designers and visual artists to create a show which won’t feature any dancers. “No Body” is a first for the London venue, whose artistic director Alistair Spalding has commissioned numerous lighting designers, sound artists, filmmakers, composers and visual artists to lend their hands to the project, which posits itself as a multi-installation experience that combines all the elements of a successful dance performance, only without the physical presence of dancers. 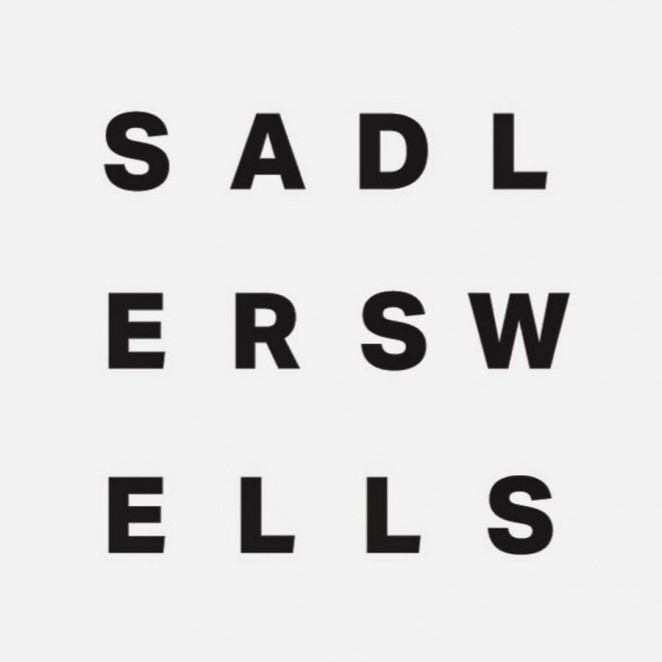 The idea is that audiences will be led around different areas of the building, starting at the stage before being led through backstage passages, corridors, wardrobe rooms, sound boxes and underground pits. A unique installation in each of these areas will help the audience imagine how the spaces function individually as part of a broader interpretation. 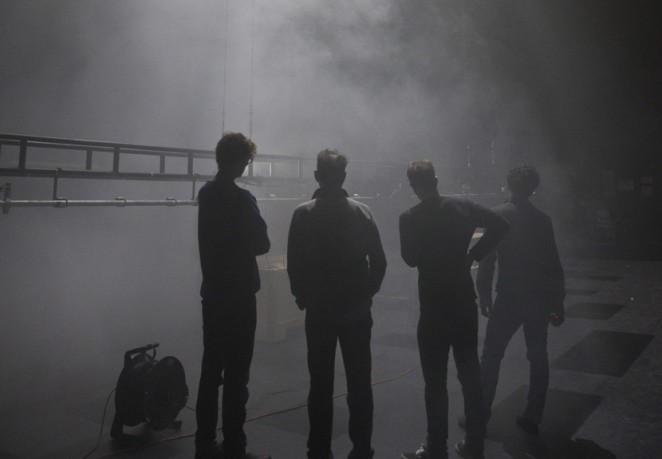 For the first installation, called “LightSpace,” the audience starts on stage, and will then enter a black box, which frames the installation by lighting designer and Sadler’s Wells associate artist Michael Hulls. Tungsten bulbs will drop down from the ceiling in clusters of 12. They will be a range of wattages and fade in and out to match sound installations by Mukul and Andy Cowton. Of this first installation, Hulls said: “It’s energy made visible and visitors will be able to see the light and feel the warmth. Some of the lights will reveal the tiniest glimmer but it helps you visualise their energy.” This will give way to a video projection Hulls has worked on with animator Jan Urbanowski, which will be beamed down onto the audience from 16 metres in the air. Coloured LEDs will then cross fade from the floor and overhead before 130 Tungsten lights descend from above, resting just above the audience’s head so they can again feel the heat. 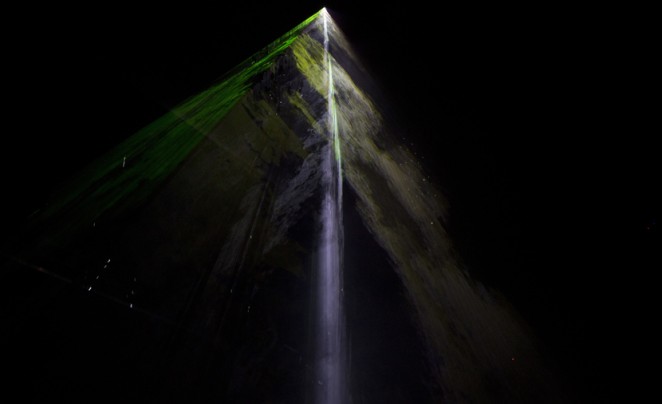 LightSpace is an immersive installation designed to challenge our mood and senses. Hulls said of the installation that will kick off the project: “A black and white abstract animation will wash over everyone in the space. Brutal bands of white light will feel almost solid. As you’re bathed in light from different sources you begin to understand what it feels like as a performer to be lit.” 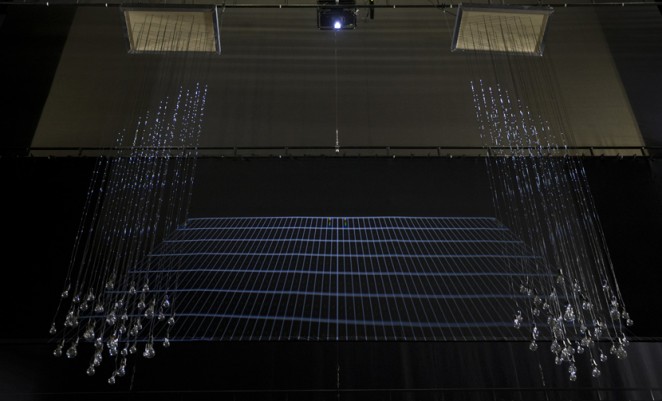 Visitors will then be led through an AV and animation piece by musician Nitin Sawhney called “Indelible,” during which front of house and back stage areas will be explored while listening to commissioned recordings played over headsets. Referred to as a a “music, sound and animation trail that allows the audience to explore the DNA of the building,” this installation was created in collaboration with Nick Hillel from Yeast Culture, whose intriguing projections create a sense of the many incredible artists who have graced the building and the audiences who have seen them perform. 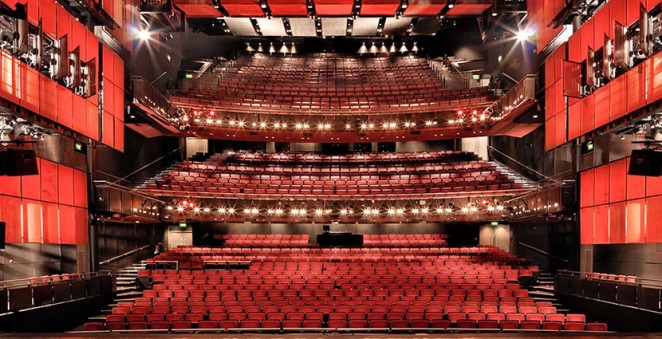 The final major installation is a film by Siobhan Davies and David Hinton made with sound artists, animators and 22 dance artists that will be shown in a bespoke rehearsal space. “The Running Tongue” follows a woman running round London and is paused live at random intervals to reveal more content from the other artists involved. The idea is to unveil a scene embedded in reality, with fleeting moments of strange, surreal and visually poetic activity. 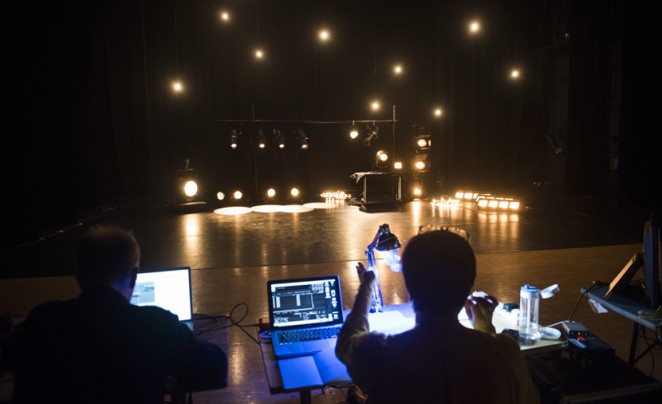 Elsewhere, lighting designer Lucy Carter and composer Jules Maxwell have highlighted backstage areas such as wardrobe, lighting and sound using light installations to make each space seem more theatrical. Carter said: “To show my trade as a lighting designer I’ve used beautiful Tungsten lights, which sadly lighting manufacturers want to stop people using.” She has also brought the stage manager’s technical area to life with an AV piece where visitors will see data for a show and hear the disembodied voice of the stage manager. Each person and team in Carter’s installations, meanwhile, are represented as a different abstract light source.

At the end of the show a triptych film installation by the Lilian Baylis Studio will show unseen choreographed dance footage from Russell Maliphant inspired by the 2013 short film “Erebus,” which was created in collaboration with film directors Warren Du Preez and Nick Thornton Jones and originally commissioned by The Space. No Body runs between the 7th and the 12th of June at Sadler’s Wells Theatre, Rosebery Avenue, London, EC1R 4TN.