It might come across to many urbanites as sacrilege, but one of the primary reasons I could never see myself leaving my country bumpkin lifestyle behind and settling down in a major city is the lack of greenery. There are few simple pleasures in life as gratifying as being able to cast off the dusty shackles of the working week and saunter around a field for a few hours at the weekend, which is something I just wouldn’t be able to do (without a hefty commute) if I lived in London. My trip to New York last year, however, revealed to me that city life didn’t need to be grey and regimented, as long as you looked up. I’m referring, of course, to the Highline, the 1 and a half miles of parkland created on an elevated, disused section of the New York Railroad that winds elegantly through the southwestern side of Manhattan. 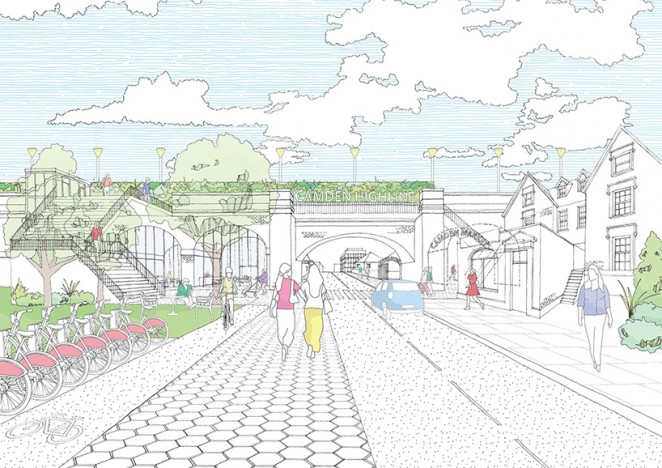 If you’re a green-fingered Londoner who thinks that sounds rather wonderful, then you’re in luck, as plans for a very similar, elevated high-line-style park in North London have now been officially backed by the city’s mayor, Sadiq Khan. Dubbed (rather obviously) the “Camden Highline,” the project intends to transform a section of disused railway between Camden Town and Kings Cross into a new public park and transport link. Khan said: “This innovative project has the potential to become a real asset for Camden and is a great example of a local community taking an idea and garnering support in order to make it a reality.” 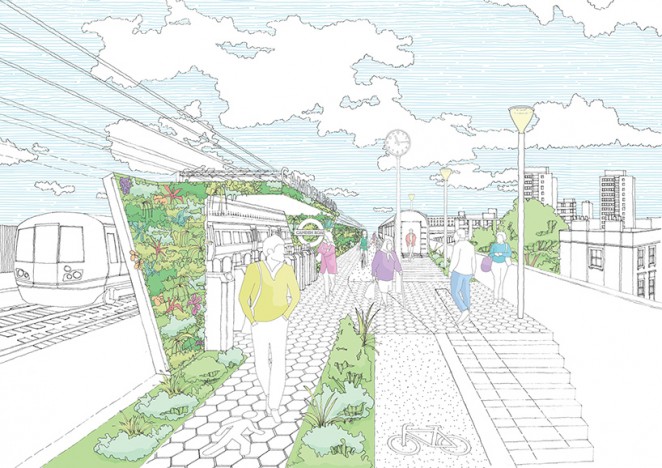 The Camden Highline would be situated on a section of disused railway line that measures around 800 meters in length (2,871 feet), and is 18 meters wide (60 feet) and 8 meters high (26 feet). The stretch of track, which was originally built as part of the North London railway, crosses eight roads and traverses seven existing bridges. The public garden would not only add an extra aesthetic flair to the area, and lend some much needed splashes of green to a Camden desperately in need of some uplift after last month’s devastating fire, but it would also cut the walking time between Camden and Kings Cross to just 10 minutes! The project is currently seeking backing on the Spacehive crowdfunding site, and, at the time of writing, has almost reached its funding goal of £37,398, with just under £2,000 left to go! I’d wager that by the time this piece goes live, the goal will have been reached, but let’s not jinx it! 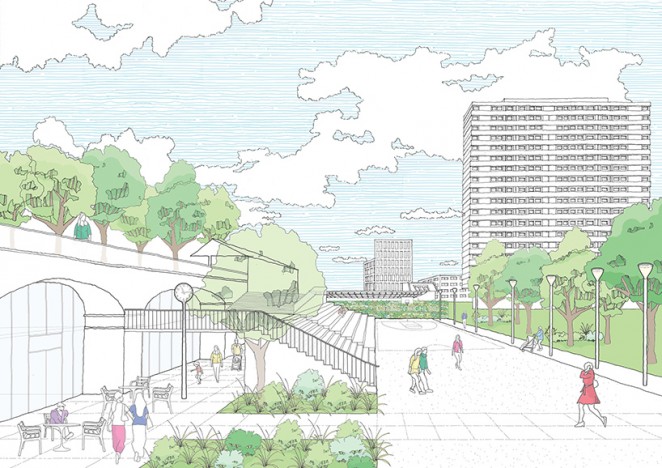 Camden Town Unlimited, the business improvement district for Camden Town, and the project’s organizers, said of the plans: “The Camden Highline will be a vibrant open public space, accessible to everyone, and completely free. It will create environmental and education benefits and opportunities for participating in a new public space that enables arts, festivals and live performance to take place.” Camden Market bosses have also pledged their support to the project. Development director at Market Tech, Mark Alper added: “The Highline will bridge the gap between two of London’s most vibrant areas (Camden Market and Granary Square in King’s Cross) and it will be an attraction in its own right. Let’s get it built and make two fantastic places even better.”

Hackney architecture firms Studio Weave and Architect 00 collaborated to create the designs for the park, which look absolutely delightful. It’s a truly great idea that will bridge two very different, yet complimentary locations in a unique(ish) and exciting way. There’s no word yet on when development will begin (if the oddly sensible goal is reached), but let it never be said that NW1 was getting ideas above its station.