Rihanna teams up with JWT as Creative Director of PUMA

I’m not going to pretend to be the world’s biggest Rihanna fan. Indeed, I personally find her brand of hedonistic pop to be of the “All style, no substance” variety. As a personality though, she’s a beacon of light in an otherwise bland sea of plastic-faced pop starlets with nothing behind their eyes but dollar signs. Now, I’m not saying that Rihanna isn’t all about the bottom line (a casual perusal of her lyrics will inform you that she is indeed, all about the money and isn’t even remotely ashamed of it), but at least she’s a bit of a laugh. Which is why this po-faced new spot for sportswear brand PUMA puzzled me so. The singer makes sense as a brand ambassador for tequila or fashion, but for a sports brand it seems like an odd fit. So I was a little puzzled, until I discovered that she joined the brand as a creative director earlier this year of course, and that she recently launched her own PUMA shoe range called the “Creeper,” which sold out in just 3 hours! 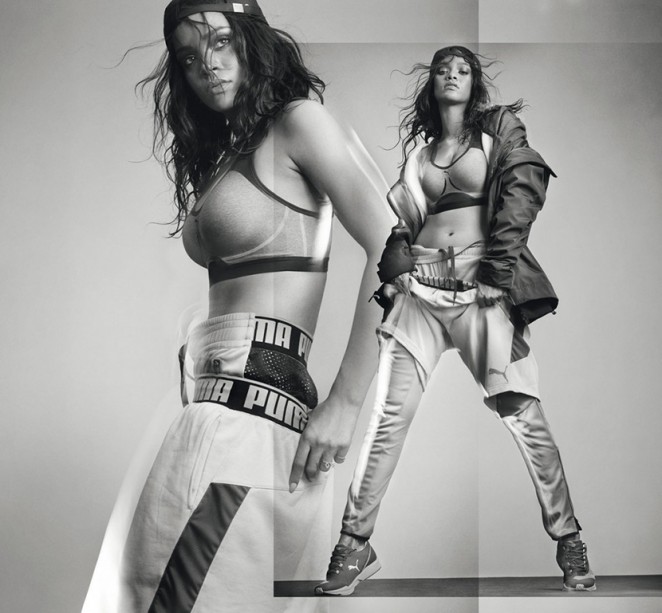 It kind of works anyway, which is fortuitous, as PUMA and their agency JWT New York are making a concerted push with the “Train for Platinum” spot and its accompanying campaign “What Are You Training For?” The campaign aims to blend the worlds of sport and fashion, to showcase how training gives Rihanna and women like her the energy and body confidence to create a faster, stronger, fiercer version of themselves. The campaign kicks off with Rihanna in a visually arresting and inspiring 30 second television commercial, her first since joining forces with the brand as CD. The campaign is also being supplemented by a poster run for the Creeper shoe featuring Rihanna and her rumoured current squeeze Travis Scott, who I’m reliably informed (by Wikipedia) is a rapper.

The campaign aims to blend the worlds of sport and fashion, to showcase how training gives Rihanna and women like her more energy and body confidence 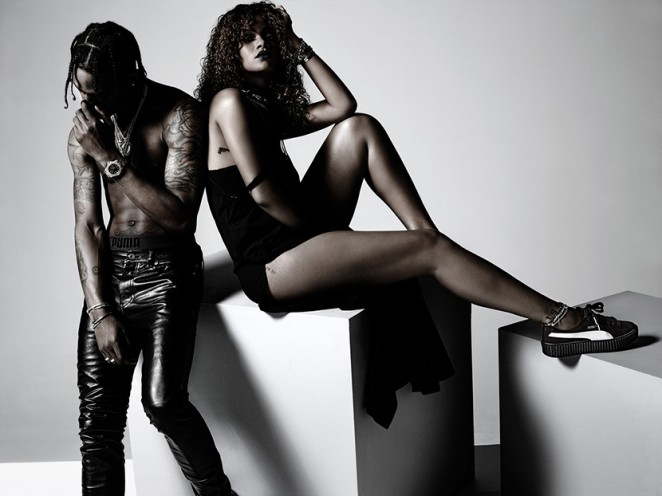 Leveraging her own unique approach to training, the spot tells the story behind what motivates and drives her to success. Honing in on the idea that your body tells your training story, her body is used as a canvas to illustrate her journey in a typically bombastic manner. It’s overblown and a little silly, but it looks and sounds great and even without showing her face the woman has one hell of a magnetic presence. PUMA and JWT New York are also launching a dynamic OOH takeover featuring Rihanna and speed demon Usain Bolt. The key visuals, taken by fashion photographer Benjamin Lennox, blend Rihanna’s street and sport style with her love of training and exercise, while Bolt demonstrates the intricacies of the body movement that go into training for top-level performance and world records.

Rihanna joined PUMA as a creative director earlier this year of course, and recently launched her own PUMA shoe range called the “Creeper,” which sold out in just 3 hours

When asked about the work, the campaign’s executive creative directors Florent Imbert and Emmanuel Lalleve said: “With this campaign, JWT New York and Puma wanted to show the motivation behind people’s training and inspire others to define their own motivation.  Training for Rihanna is about giving her the energy to live her life and fulfil her dreams, represented by a visual crossroads of the fashion, music and sports worlds. We're proud of how the idea came to life and hope it pushes others to forget the excuses and delve into training to create a better, more powerful version of themselves.” So the usual blather then, but it has to be said the spot at least looks the part, and they must have been doing something right, as the spot has already reached close to 2 million views in a little over a week (that’s star power for you).

Also launching is PUMA PACT, an app created by JWT that provides users with tools and motivation to train better 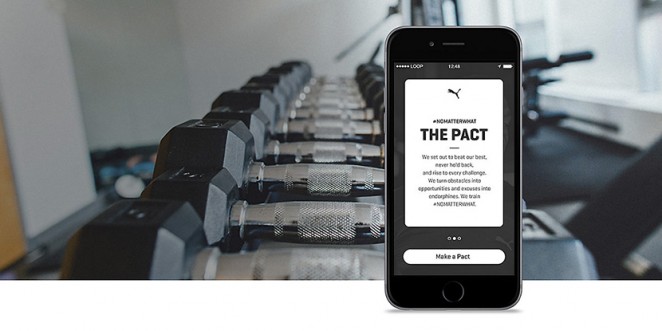 Also launching is PUMA PACT, a “Consumer engagement platform” (so an app then) created by JWT that provides users with tools and motivation to train better and harder. Unlike other fitness platforms and apps, PUMA PACT is a simple tool aimed at people who are serious about training (so not for me then). Supported by messages and tips from Usain Bolt and the brand’s other ambassadors (including Rihanna), users will receive training insights and learn the advantages of PUMA’s training products. To ensure maximum inclusivity, the initiative is available across multiple platforms including PUMATRAC, PUMA.com and Twitter. The overarching “What Are You Training For?” campaign, meanwhile, launches globally with exposure on TV, OOH, and online channels, including high profile placements in New York City’s Soho neighbourhood and Herald Square. In other words, by the time you read this it’ll be everywhere.

Benjamin Hiorns is a freelance writer and struggling musician from Kidderminster in the UK. His girlfriend walked in on him whilst he was sourcing pictures for this article and now he apparently has a lot of explaining to do.