Something to offend everyone – Hope to Nope at the Design Museum

“Something to offend everyone” – that’s how the curator describes Hope to Nope: Graphics and Politics 2008-18, a new exhibition at the Design Museum looking at how people have used creativity to react to political upheaval over the past decade.

Mixing traditional placards and posters, through to social networks and digital campaigns, the defining national and international events of the past decade are covered. The museum's aim is to take a politically impartial view of these events, and demonstrate "graphic design’s role in influencing opinion, provoking debate and driving activism,” showing how "technology and graphic design are weapons wielded by the powerful and the marginalised alike.” Indeed, in this diverse exhibition, you can one moment be looking at Trump's hat, the next at a Black Lives Matter flag, North Korean propaganda, Anonymous masks or a two-metre high inflatable duck from Brazilian protests to try and impeach Dilma Rousseff (they succeeded!). 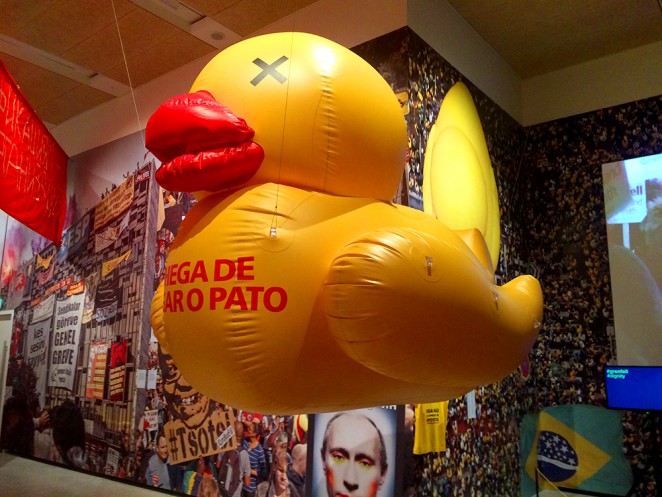 Protest is the theme of the largest section of the exhibition. The very recent three billboards for Grenfell are represented, as well as anti-Putin portraits, and a looped film showing protesters during Arab Spring. It's interesting that some of the most powerful emotive messages on show are often created by non-professionals (this harks back to events in Paris 50 years ago when students – many uncredited – created powerful posters during their student uprisings). 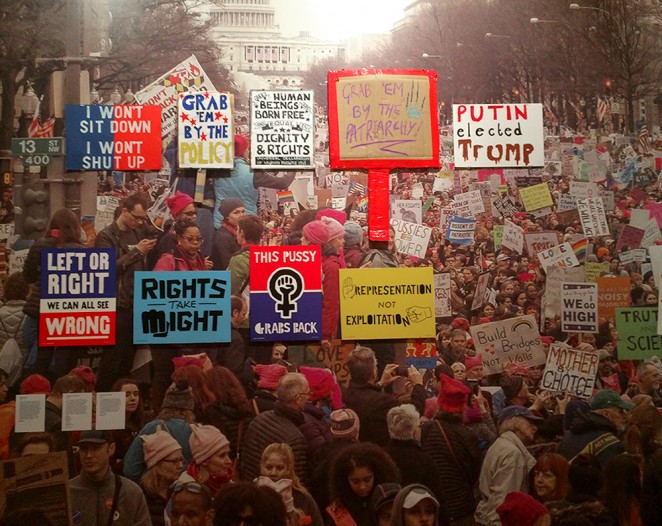 The Emotional v the rational is of course well covered with Michael Bierut’s clean, well-designed identity for Hillary Clinton, and how it was trumped by bad typography on a cheap red baseball hat. Donald Trump's brash campaign was more about Trump the brand rather than any sensible policies, which appealed to a bigger audience than many predicted. 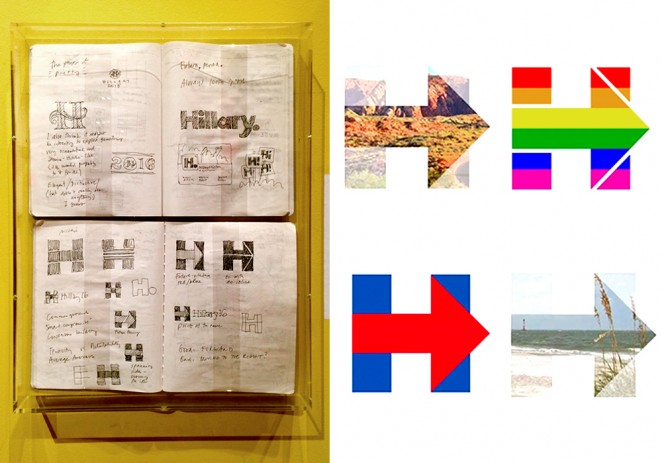 With the Facebook and Cambridge Analytica story still unravelling, this exhibition couldn't arrive at a better time as we find out day by day how the inner workings of politics are changing.

The exhibition does show how people are getting organised, becoming engaged and channelling their feelings into something effective via a variety of creative ways. So going forward, the exhibition suggests the future seems to offer a lot more hope than nope.