Public sector ads - where we've been and what can we learn?

The closing event in the celebration of 100 years of Advertising – joint Government Communication Services and IPA (England and Scotland) Jan 2018.

I was invited to be one of the three panelists to appear in the rather amazing (and slightly intimidating!) setting of Edinburgh Castle Great Hall. So on a freezing January evening I made my way up, up and up the steps hoping my talk would be as memorable as the setting. 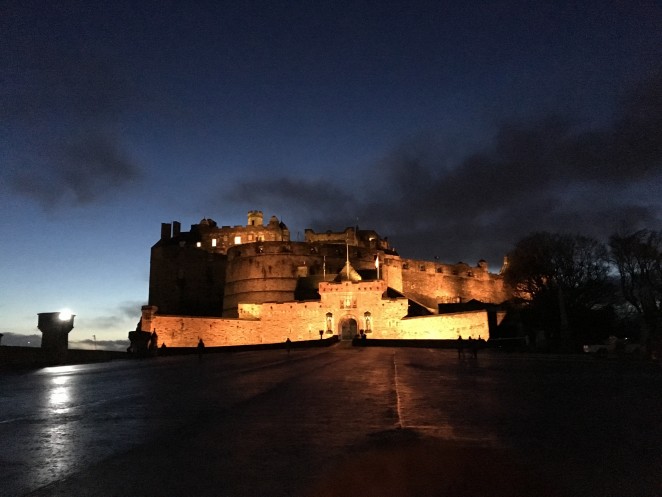 For my part, I thought it would a good opportunity to look at the ways that public sector advertising has changed over a relatively short amount of time. Looking at where we have come from to what is now getting results, and picking up pointers along the way. As with all advertising, Public Sector work has undergone somewhat of a revolution, brought on by the autonomy the connected world now allows us as individuals.

The new ‘normal’ is not to await missives from above – the days of the government public service announcements being the rules to live life by are long gone. The government of today has proven to be as fallible and lost as we are. We can now choose which voices we listen to, and which to believe. And there are many voices to be heard – across an ever-growing multitude of media. And now, perhaps more than ever before, it is the choices of whom we follow has a perceived direct implication on our sense of self.

We live in an age of individualists. Trust in the government is at an all-time low. The younger generations today no longer believe that the government will be there to support them when they need it – as the retirement age spirals ever upward and the NHS continues to crumble under the growing strain. It is no wonder the current view is one of entrepreneurship and doing it for yourself. And the digital world and economy means we are all better placed to make it happen.

So where does that leave us as people with a message we need to get out and real action we need to make happen? Action that could mean the difference between life and death – or most certainly a longer, healthy life or not.

Let’s take a look at where we started and where we’ve got to, taking in an out of sector example who could show us the way forward.

In the initial days of public sector we were permitted by our audiences to tell them what to do. We (as in the government) knew better and were to be obeyed. Our voice was one of authority and instruction. We were the all-knowing adult and the general populous that of an errant child: to be protected – from ourselves. Guided with a firm hand.

We were told. Change happened. There were few unbelievers.

This voice continued well in to the 80’s with the following ad we all recognize and know so well: Aids awareness Headstone ad 1986 - Think of the time that this aired: only 4 TV channels, no internet, no instant messaging. Mobile phones had only just launched the year before and were the London-based domain of yuppies. Our main sources of information were broadcast media or over the garden fence. The only direct mass-communication methods were door drops, direct mail or leaflets. The biggest TV shows were EastEnders and Coronation Street – it’s no coincidence that 1986 was also the year EastEnders added its first gay character. There was very little public knowledge about the spread of AIDS other than it being considered a gay affliction. A stern hand was needed and fear is certainly a way to get the public’s attention.

Where this message differs from previous approaches however is the understanding that with this subject a TVC would not be enough. 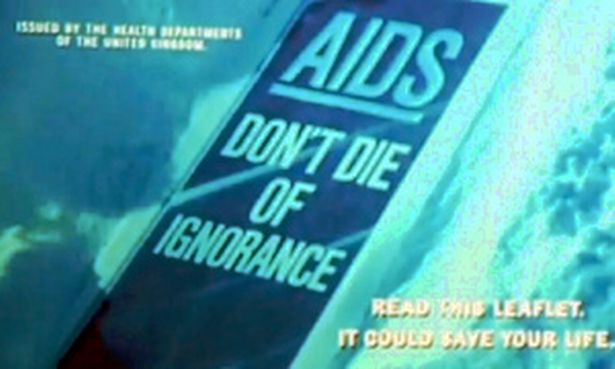 The gravestone revealing itself to be the leaflet soon to be dropped on every doorstep, ensured that the more educational end of this campaign would not be ignored. Impact for attention followed by directly linked education - delivered direct to my door.

But would that approach work now?

Would anyone even be watching? Would anyone pick up the leaflet from the doormat – or as many of us do simply pop it straight into recycling? With multiple TV channel options and media at our disposal a TV-first approach is no longer considered the way to encourage mass behavior change. And many messages we have to deliver and changes we have to encourage aren’t as arresting as that one. Let’s move forward, to something much more recent. I’m proud to say the next campaign came from my own agency. Let’s look at Sport England. A reminder of the specific problem we were set to tackle: Sports participation in the UK is suffering from a significant gender gap. Research carried out by Sport England reveals that by every measure, fewer women than men play sport regularly. Two million fewer 14- to 40-year-old women take part in sport when compared with men, despite the fact that 75% say they want to be more active.

The TV ad first aired in Jan 2015 – however there had been much more already in play for the three months prior, that paved the way for a great reception and create a wave of momentum that TV and out of home could build and add a louder voice to.

For a start the team began with a lot of listening – going out to find the women we needed to change. Finding them all across the country. Seeking them out at local leisure centres and sports halls. Over-hearing conversations and starting new ones. And not just in person. Tailored algorithms were created to find and respond to certain messages talking about exercise or fear of hitting the gym. Finding the women that were already getting out there but not quite making it and offering that much needed encouragement at exactly the time they were wavering. Out of home took the sentiments from the tv ad and put them on street corners up and down the country. Making heroes of our women and encouraging more to get involved. The success was phenomenal.

This is when a campaign becomes a movement.

Here is a campaign that genuinely changed behaviour and inspiring women to make a positive difference to their lives with over 1.6m women starting exercise as a result.

Fantastic – but it certainly makes for a tricky second album.

For the next stage we needed to take the message broader – more inclusive, more diverse. Appeal to a wider range of women than before – from 14 – 60, rather than 14 - 40. Really galvanise EVERY woman into understanding that ANY form of exercise is for her. [Sport England – Phenomenal women] Feb 4 2017 - 01min 30

As well as outdoor and digital executions, the main film was supported by 12 content films that give insight into the different women involved in the ad and explore their experience. For example, one explains how she no longer feels intimidated by the weights in the gym.

All of this makes the made a much more personal and individually motivational campaign. Creating a system where any woman can find ‘a woman like me’ be that through the age they are or the reasons they haven’t made it to exercise yet. All available through multiple content channels so she can access it whenever and however is best for her.

Brands out of public sector are also a good place to look for examples of using our individual media habits to highlight real issues.

The TMW campaign for LYNX and the charity CALM made a huge impact – changing thousands of men’s lives and subsequently swept the board at the awards shows. By reflecting all of the ridiculous things we’re prepared to talk about and share on social media – in order to highlight the bigger issue that we aren’t. The agency described the campaign as:

Reactive and in real-time

From man-buns to celebrity gaffes, guys’ social media is dominated by trivial topics – things that are ‘bigger’ than suicide. We drew attention to this using live social listening, adding whatever was trending at that moment into our creative across social, online display and outdoor. Our teams worked round the clock to ensure a new and up-to-date headline went live every two hours – reflecting the rate at which young men take their own lives in the UK.

I’ll let the case study do the talking:

Let’s look at different media approach, from the US this time - online film only, made to be discovered and shared as social currency. The Martin Agency Organ donation [2:47]

Again, the case study says it all: Donate Life set out to reach millennial men—generally speaking, a notoriously self-centered demo and one not all that inclined to tick the box on their driver's license. They're also famously ad-phobic, and The Martin Agency knew it could only get through to them with originality, irreverence and comedy—in other words, by speaking their language.

The result was a massive hit. The short film got more than $450 million in earned media, was viewed more than 80 million times in 76 countries, was shared millions of times on social channels and got covered by news outlets ranging from Forbes to The Onion. All that led to the campaign's ultimate goal: more donor sign-ups. Donate Life went from 149 to 1,022 registrations per day, a 586 percent increase. Sign-ups among millennials shot up 127 percent at last count.

For real change we should hope to ignite and create a movement.

These last two campaigns in particular teach us that we should no longer hope to have a successful campaign – but that for real change we should hope to ignite and create a movement. Our work does not end when the media-buy stops – we should have created enough intrigue, passion and change for the sentiment to take on a life of its own.

Public sector messaging matters – we have to remain relevant with the way we approach problems and speak to those that need the change. Use the sense of the individual to build a mass momentum.

So in simple terms: Don’t try to preach but to involve. Don’t talk at people but create and curate real conversation. Because it’s changing the talk over the garden fence, on the commute, online and every day that really matters.