How brands are using: Live video

Lest we forget, video content is king, and live streaming is the shiny pearl on top of the crown. With Facebook Live and Instagram Live’s emergences last year, brands discovered unprecedented, cost effective ways to engage with existing customers and win over new ones, outrivaling each other with timely, immediate content made entirely from a smartphone. Smaller businesses could also compete with big name competitors in ways they simply didn’t have the budgets to before and with customer engagement taking on a real-time format, those aren’t using Live video are very definitely missing out. Here’s our pick of brands currently winning with their live streams

A quick note - Facebook Live and Instagram Live are pretty much the same thing, except with the latter, the content disappears as soon as it’s been watched (like Snapchat). On Facebook you can keep watching the video stream even after it’s finished. 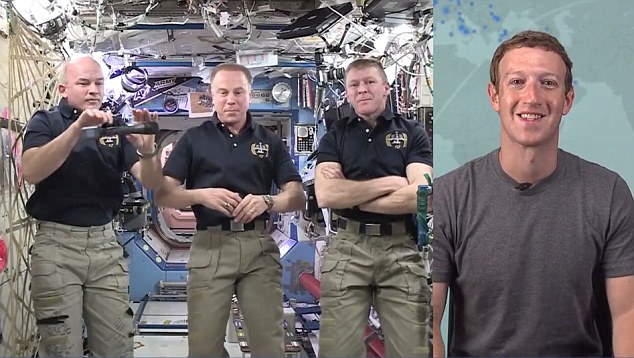 What better way to show off Facebook’s Live capacities then from space? That’s right, Mark Zuckerberg’s flawless live stream offered an up-close look at astronauts in the International Space Station last year. Zuckerberg read off questions asked by Facebook users, throwing in a few of his own as well, and delved into how the astronauts spent their time in space and what ice-cream tastes like without gravity. The stream proved Facebook rules the social media kingdom and then some. 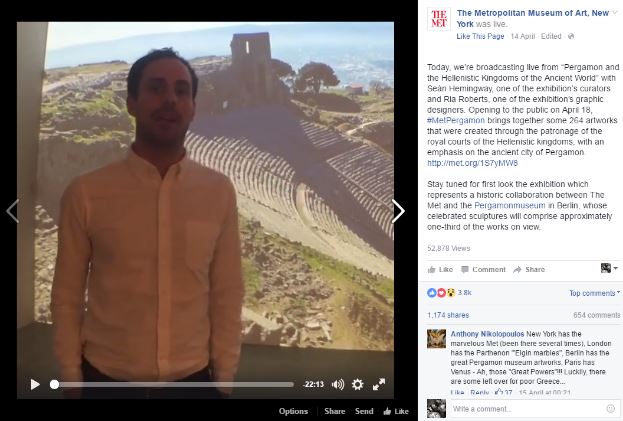 The Metropolitan Museum of Art

The Metropolitan Museum of Art in New York has used Facebook Live a handful of times to offer informal tours, preview live openings and present exhibition previews. Of all The Met’s impressive forays into live streaming, their 'Pergamon and the Hellenistic Kingdoms of the Ancient World' exhibition preview is perhaps one of the best. Presented with one of the exhibition’s curators and graphic designers, the broadcast went out four days before the exhibition opening and in three weeks had already accumulated over 50,000 views. 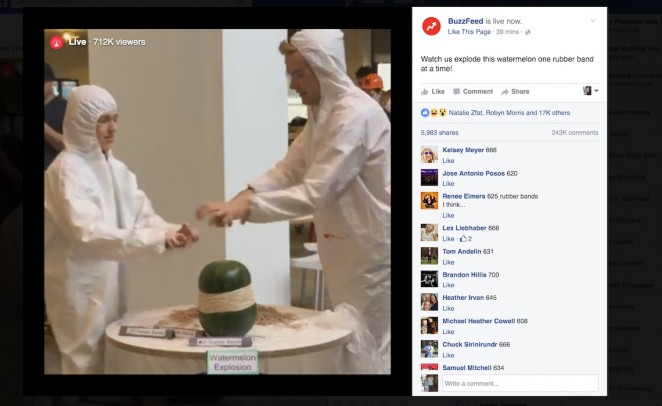 BuzzFeed’s appetite for the nonsensical has been rather infamously captured on Facebook Live recently with a series of videos which included stretching rubber bands over a watermelon until it eventually burst and live dance-offs. As you'd expect from the masters of clickbait, their ideas are bizarre but weirdly engaging. At one point on an otherwise normal Friday, 800,000 people were watching two BuzzFeed employees try and burst the aforementioned watermelon, even though many comments revolved around users’ inability to understand why they were so interested - “questioning my life choices here” one said. 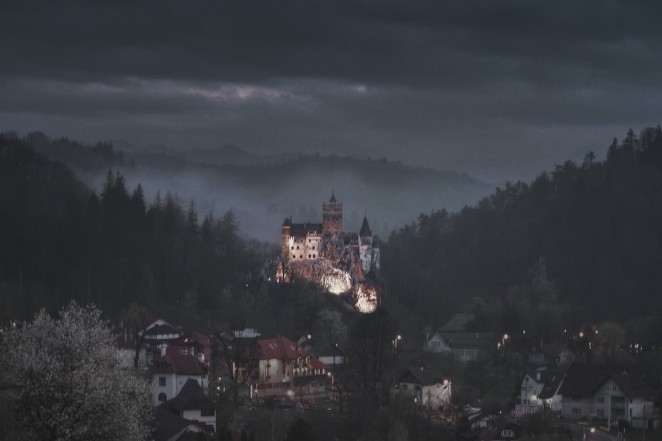 To celebrate the launch of its new Trips platform which hinged around the premise of offering ‘real’ experiences, Airbnb invited people around the world to participate via a one-day Live feed on Facebook and Instagram named 'WE ARE HERE'. For the duration of the 24-hour launch period, people could surf in LA, take part in performance art in Paris, experience live street dance in Seoul, transform themselves in Tokyo, and save the ocean in Cape Town – all transported via live video.

But this wasn’t the brand’s only clever use of the platform. Airbnb also ran a competition called '#NightAt' through which winners could stay at a variety of bizarre residences, the apex of which was a haunting stay in Dracula’s Castle in Transylvania. The brand then used a drone to live stream a bat’s-eye view of the Bran Castle at night with no sound or text just 360 degree views from around the castle which showed a single light on - that of the winner’s bedroom. 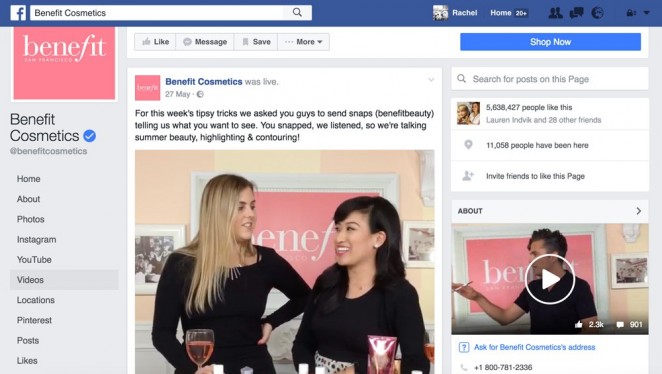 Benefit has very smartly been using live video to showcase its products and educate consumers in a series called ‘Tipsy Tricks’ which airs every Thursday. Hosts drink a glass of wine, introduce products and techniques and field questions from people watching, attracting up to several thousand viewers on some broadcasts. The videos are a more informal, fun digest of the brand’s You Tube makeup tutorials, capturing viewers with chit chat as well as specific makeup talk. If people are on Facebook they’re probably killing time, something which Benefit has tapped into with content which is very cleverly aimed at this pastime; “we have a talk-show vibe, but we’re talking to you, not at you” said Claudia Allwood, senior director of U.S. digital marketing at Benefit. 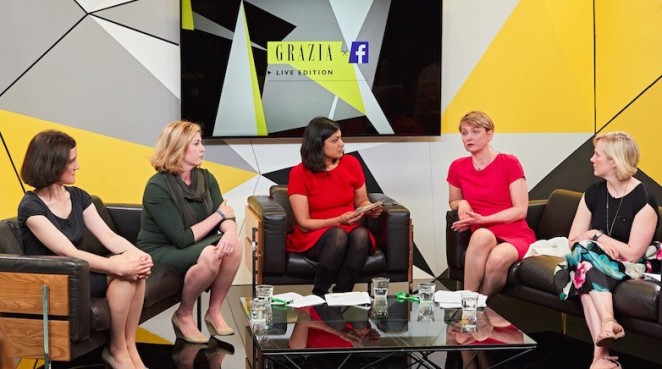 Ever wondered what goes down in the creation of a magazine issue? Well Grazia offered readers an unprecedented insight into what goes on behind the scenes in all areas from content to cover photo when it live streamed its editorial team’s meetings from Facebook HQ. Hoping to build a stronger relationship with its Facebook reader platform, viewers were invited to take part in decisions usually made by the editorial team, including voting on the final cover shot, posing questions for celebrities to be interviewed and pitching interview or feature ideas. 14 videos were created in total of varying lengths generating a whopping 600,000 views in total. 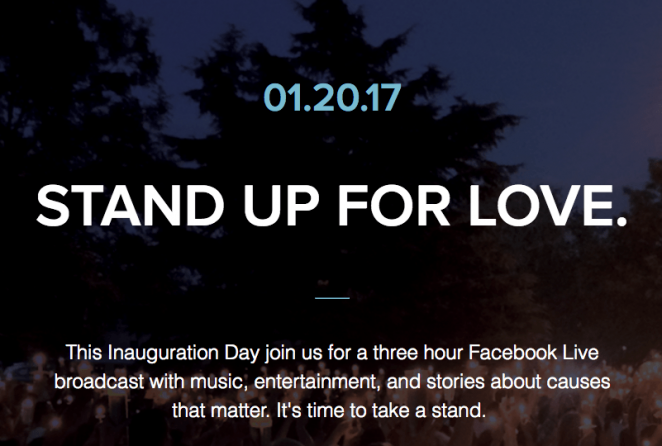 Facebook Live proved a very worthy platform on Inauguration Day when a bunch of entrepreneurs brought the telefon to the digital age in a live stream which raised money for three charities set to lose out the moment President Trump was sworn in: The American Civil Liberties Union of Southern California, Planned Parenthood and Earthjustice. Celebrities such as Jane Fonda, Jamie Lee Curtis, Judd Apatow, Patricia Arquette, Christopher Guest and Tim Robbins all took part in the Facebook Live stream which raised over $200,000 over the course of the three-hours and attracted 1.3 million viewers. In a press release after the event, co-organizer Alex Godin said: “Watching the Love-a-thon blossom from just a dream on November 10th into a full-blown event has been incredibly heartening”, proving just how reactive the live stream format can be in very little time.