Right now, with the eyes of the world focused on Ukraine and the atrocities being committed by an unhinged and frighteningly powerful dictator, the concept of “aid” has never been more vital. That’s why, this week, we’re focusing our Behind the Idea spotlight on a campaign that aims to showcase the positive impact international aid has within countries most in need.

“We The Helpers" is an ambitious campaign and awareness initiative launched this year by an alliance of UK international aid organisations including Save the Children and WaterAid. They are addressing the public together for the first time with the goal of shifting perceptions, rebuilding trust and encouraging more public donations.

Led by the insight of strategy and ideas studio The Good Side, the launch of the campaign is also a collaborative effort, with several creative studios working together.

Creative agency HarrimanSteel worked on the brand identity, while multi-disciplined agency The&Partnership developed the 60-second campaign film (below), which highlights the stories of individual and workers as a reminder of the human drive and belief that fuels this intensely pressurised work.

We caught up with representatives of both The Good Side (Founder Saul Parker) and The&Partnership (ECD Toby Allen) to discuss the campaign and why it’s such an important piece of work.

SP: We’ve been working with a group of major international charities, coming together for the first time for this campaign - helping them to understand why UK audiences are becoming less engaged with international development. A history of problem narratives has created a loss of faith in progress and we need to reignite a belief that we can make a difference to the lives of others.

SP: The Good Side’s audience research and change strategy formed the foundation to the work, acting as a north star for creative development by The&Partnership and brand design from HarrimanSteel. We needed a campaign that would cut through the noise and reach this specific segment of the population.

Progress and positivity are much harder to land in charity messaging than pity and problem narratives, which made for a very specific and tricky creative challenge. We needed the audience's needs and our desired perception change to stay firmly at the centre of the work.

We curated a crack team of committed and enthusiastic partners including The&Partnership, HarrimanSteel, Four Communications and The Kite Factory, all working to the same brief and activating around the same insight. All the partners were quick to grasp the problem, and to recognise that, as marketers, we have been complicit in contributing to the issue that pity marketing fuels.

SP: The&Partnership developed a raft of brilliant creative concepts that we put into qual and quant testing with the audience. From the funders’ perspective, this is a test campaign, so it is vital that it’s audience-centric and qualified throughout.

Navigating this sensitive topic meant sense-checking everything as we go. It quickly became clear that We The Helpers was hugely resonant - it reframed Aid and moved people to feel differently about a subject they’d become desensitised to.

TA: From research, we learnt that many people have become cynical about aid, and don’t believe in its power to help. Even the word itself has become so political, which is why we wanted to reframe the way we spoke about it.

Highlighting what aid is at its core - people helping other people. We wanted to shine a light on all of those people doing amazing work in their own communities. We also wanted it to be a story of unity, reflecting on the power of all of these individuals, from multiple charities or organisations, working together, to help.

SP: This creative collaboration has been a real joy for the team at The Good Side, and we’ve loved working with The&Partnership and seeing the brand brought to life by HarrimanSteel. We feel so lucky

T&P: Chris Hewitt (of B&Q ‘Build a Life’ fame) and the Knucklehead team were fantastic creative partners. Chris’ belief in the cause and long-standing expertise in sensitively handling found-footage proved essential, given that we weren’t shooting or casting for the campaign. Rather, it was a case of combing through everything at our disposal and teasing out what worked.

Production was a rolling process, with each day yielding new footage across various media. We exploited those opportunities and leant into CCTV, iPhone video, body-cam footage - the camera shakes and imperfections help communicate the authenticity of the stories shown. 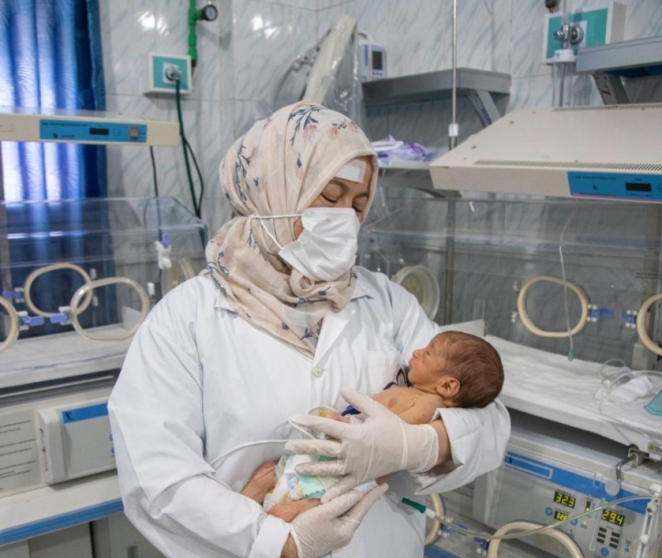 SP: We were working with a super slim budget and a very tight timeframe, during Covid, which meant that shooting original material was out of the question from the outset. Luckily the charity partners all have rich archives of material to draw from, and we had brilliant production capabilities in Knucklehead working alongside The&Partnership to bring everything together.

TA: Budget and time-frame were definite challenges (as is always the case)! The jump from storyboarding to stitching together found footage was particularly challenging.
As Saul has noted, we relied on the charity partners - who provided fantastic footage of The Helpers on the ground - but that meant right up until we received this footage everything we were discussing was entirely hypothetical. So seeing how the story unfolded in-front of us as we explored different footage combinations was a nerve-wracking but exciting process.

What is the notable thing that happened during production?

TA:  We knew that audio would make or break the creative. Along with the soundscapes and sparse but fluctuating music helping to underpin the entire film, finding the right voice over was essential.

Eska - a London-based vocalist, songwriter and producer - had such a natural lyricism and rhythm to her voice that she gave the script a performance suggestive of a spoken word piece - including times where she ad-libbed the script and, much to our delight, even sang for us to see if it worked with the track. 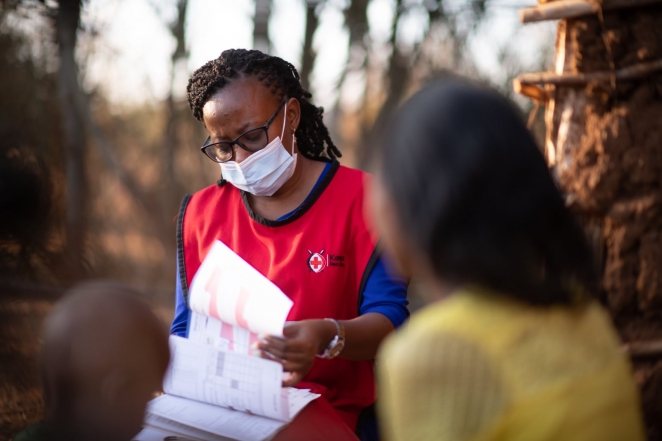 SP: This is a rebranding of an entire category. A reframing of the idea of aid. Over the years, the sector has massively under-invested in brand building and audience closeness, leading to an erosion in trust and emotional engagement from the public.

We've learned that people really value stories of genuine progress and impact - hence our campaign idea that celebrates the helpers and their hard work on the ground. Reigniting this faith and coalescing around this shared value of helping others is a battle for hearts and minds.

TA: ‘We the Helpers’ tells the story of those who are working tirelessly, often without recognition, to save and change lives around the world. We’re telling the human story of aid to galvanise belief in the cause and champion the essential progress being made. The Helpers are a source of hope for us all.

SP: We have been researching and exploring this issue for four years, but the campaign was a real sprint - from briefing to campaign activation in four months. 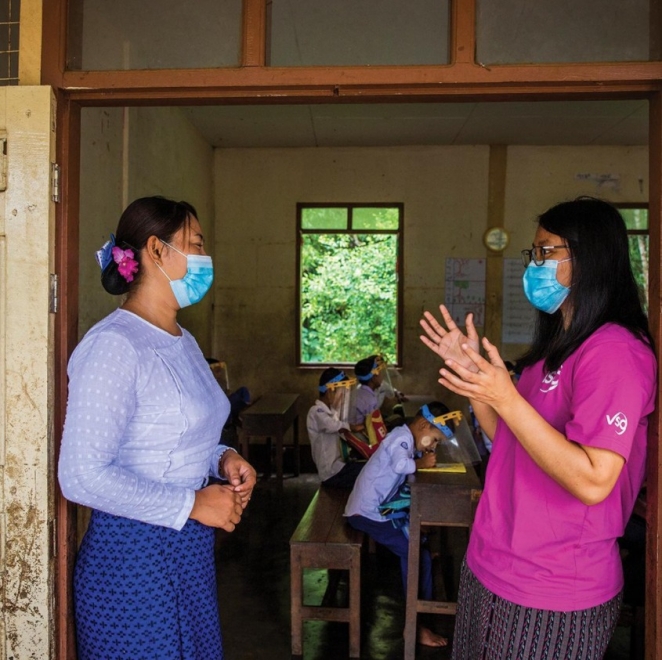 SP: We have a learning plan in place to understand how well the campaign performs in its aim to shift perceptions of aid and increase emotional engagement with the category. We also hope to see some brand uplift throughout the international development sector at large.

This is a creative test to help us understand if the strategy is effective at shifting the cultural conversation about aid with less engaged audiences. It is an innovative collaboration across the development sector and in terms of agency partners and working relationships, and we are excited to build on this launch and take the idea further.

The Good Side - Insight and Brand Strategy