Proximity London give blue plaques a splash of colour for Pride

Many modern outdoor activations can feel gimmicky and trite, like physical click-bait. This is particularly true when they are tied to a specific event or celebration. This, however, really struck me as something smart, creative and bold.

As part of the two week Pride Festival in London, Proximity London has created the “Love Lived Here” campaign to celebrate pioneers of the LGBT+ movement throughout British history. It's similar, in essence, to the Transport for London Pride initiative, which has seen parts of the tube redecorated in pride rainbow colours, but by proudly claiming these historical figures as gay men and women, I honestly think this activation is even more worthy, as it's acknowledging these figures as not only pioneers in their respective fields, but pioneers when it came to equality and figureheads of the LGBT+ movement. 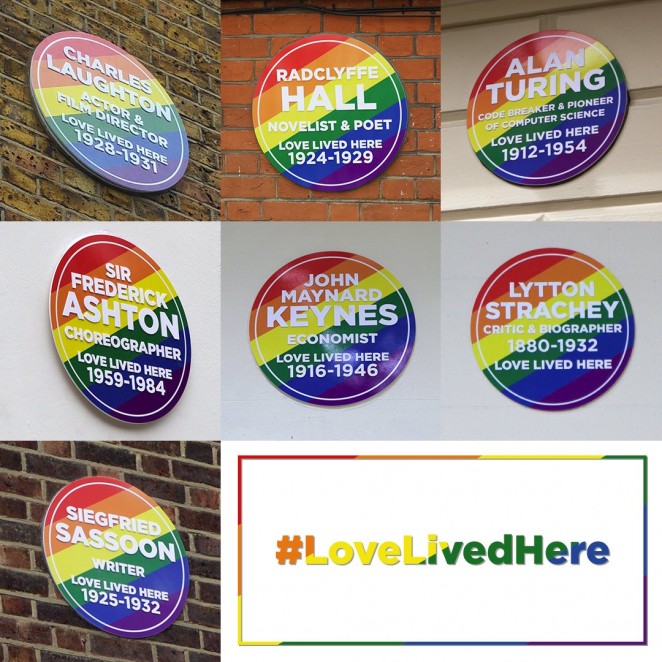 Starting this week, key blue plaques around London will be given a temporary rainbow makeover to acknowledge the individuals who lived there as part of the LGBT+ community, alongside their literary, scientific, economic or artistic achievements. Because whilst their work has been marked as part of British history, their LGBT+ status may be lesser known, particularly in view of the less accepting times they lived in. To shine an even brighter light on these individuals, Proximity London is also using it's Twitter feed to share links that delve deeper into the men and women behind the plaques.

John Treacy, ECD at Proximity London, said: “It’s a simple idea to celebrate who these amazing people really were, beyond just recognising what they did. And a chance to talk about something that, in nearly all these cases, was never talked about at the time.” 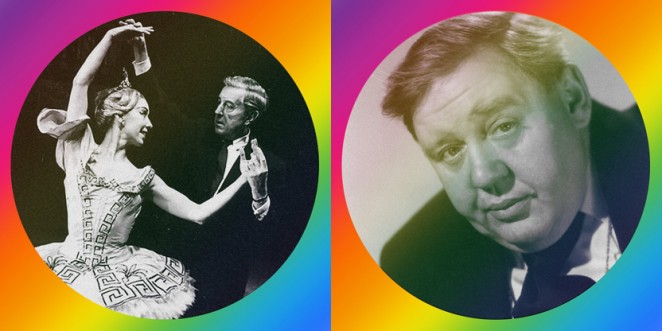 Plaques that have been changed include Computer Scientist Alan Turing, solider and poet Siegfried Sassoon and Choreographer Sir Frederick Ashton. Alongside this decidedly colourful activation, Proximity London have also created an animated video (below) of some of the plaques which will be shown on a screen during the Pride Festival on July 9. The plaques will remain in rainbows until July 8 so be sure to get out there and see them in all their glory whilst you still can and don't forget to share your experience on social media with the #LoveLivedHere hashtag.

The full list of plaques, and their locations, can be found below:- 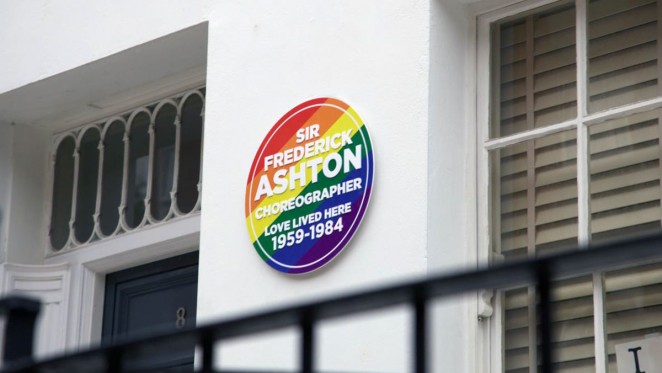 London’s blue plaques are managed by English Heritage, and aim to link the people of the past with the buildings of the present. The London blue plaques scheme was started in 1866 and is thought to be the oldest of its kind in the world. Across the capital over 900 plaques honour the notable men and women who lived or worked in them.

For more on Pride in London, you can read about the stunning Love Happens Here campaign from WCRS and keep your browsers tuned to Creativepool for more news as and when it drops. 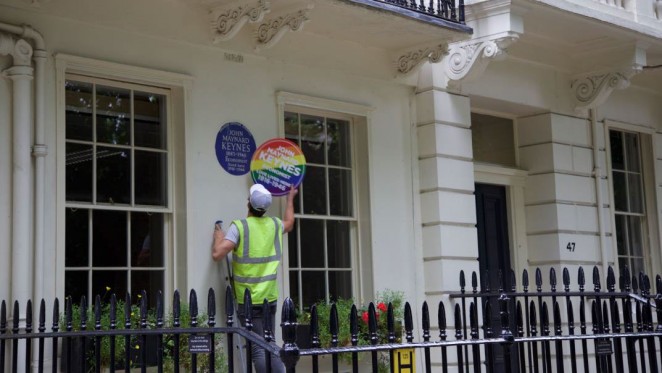