In 2016, Project Literacy’s Alphabet of Illiteracy campaign, created by FCB Inferno for Pearson, the world’s leading learning company and founding partner of Project Literacy, raised awareness of the shocking impact of illiteracy on the world as the root cause of many of the biggest issues facing the human race. The Cannes Health Lions Grand Prix winning campaign was hugely successful exceeding all benchmarks for similar campaigns, and resulted in Pearson being invited to contribute to the UNESCO Global Alliance for Literacy on behalf of the campaign partners. The 2017 campaign focuses on the problem of “inter-generational illiteracy,” which means that, if a parent is unable to read, it is likely to be passed onto the next generation.

The “First Words” film brings to life the real struggle faced by adults learning to read and write for the first time, juxtaposed against children reading their first words, and shows the transformative effect improved literacy can have on their lives. Everyone featured in the film is currently in the process of learning to read and write for the first time. We see people like Donna learning to read so that she isn’t scared to shop in the supermarket for her daughter with a peanut allergy, and Andre learning to read because he wants to have the confidence to read with his granddaughter. The chosen track, “Human” by Rag‘n’Bone Man, adds poignancy to the story with powerful lyrics that are almost tailor-made to acknowledge the stigma faced by illiterate adults. 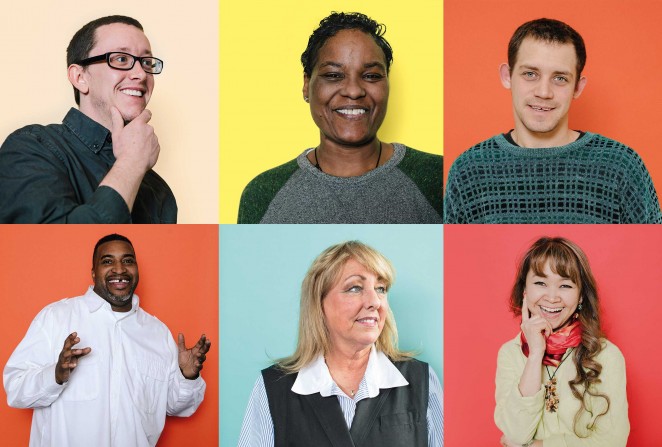 The new campaign, created once again by FCB Inferno in collaboration with the core Project Literacy team at Pearson, builds on the momentum created in 2016. It highlights how we can break the intergenerational cycle of illiteracy by empowering adults learning to read and write, so they can encourage literacy in future generations. The objective of the campaign is to continue to drive awareness of illiteracy as a hidden curse, and drive donations and support for Project Literacy’s 99 partners, most of which are delivering literacy programmes on the ground. To date, Project Literacy has helped 700,000 people on their journey to literacy.

The suite of spots will be seeded in the US and UK by The Village Communications for a month across channels including Facebook, YouTube, Brightroll and Virool. The hero film will premiere at the SXSW Interactive Festival in Austin, Texas, where Project Literacy hosted a live fundraising Spelling Bee on Sunday, and will host a panel discussion on Monday centred on new research that suggests smartphones will surpass human literacy levels within 10 years. These analog events in a digital space attempt to cut through the technological noise to make an impact. An interactive web page also hosts the stories of the film cast, along with interviews about the barriers they faced in their lives and how learning to read and write is changing their lives for the better.

Owen Lee, Chief Creative Office at FCB Inferno, said: “The Alphabet of Illiteracy last year served as the proverbial creative hand grenade to make people realise the devastating effects of illiteracy on the world. This year we needed to take a different approach. Most of us learned to read at such a young age we take it for granted, but we’ve been inspired by the amazing courage shown by these people and their stories inspired us to create the First Words films.”

Emilie Colker, Vice President of Global Campaigns at Pearson and Campaign Director for Project Literacy, added: “Literacy rates have stalled since 2000 and this is contributing to generation after generation being left behind and locked into a vicious cycle of illiteracy, which prevents them from progressing in their lives. In the US one in four children grow up without learning how to read, and in England the generation approaching retirement is more literate than the youngest adults, and research shows that poor literacy underpins many other issues in our society from gender inequality to homeless and crime. This year we’re moving away from shocking people into paying attention and I believe we’ve found a powerfully creative approach that will get people to prioritise literacy as a cause and accelerate the rate of change by investing in the organisations making a difference on the ground.”