Pride in London and WCRS celebrate love in all its forms

This Pride season marks 50 years since Parliament first voted to start legalising homosexuality. Across the UK, Prides will be marching with a message of hope, acceptance, activism and love. Ahead of the London parade on 8th July, Pride in London and WCRS have launched a multi-media campaign, celebrating love in all its forms. 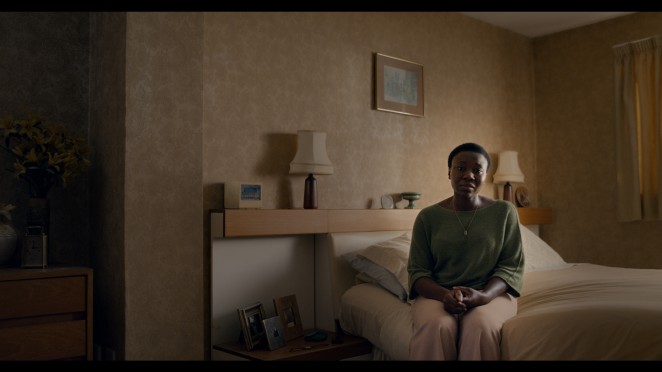 The “Love Happens Here” campaign will play out in two phases; “Hate” and “Love.” The first phase draws attention to the rising problem of anti-LGBT+ hate crime in the London with Guerrilla-style fly-postering across the city, a covert take-over of Wi-Fi networks, statistic led taxi-tops and an event, which all tell stories aimed to raise awareness of the ongoing prevalence of prejudice. On the 23rd June, the second “Love” phase of the campaign will launch, which sees the stories of hate crime replaced with ones of love, showing London that “Love Happens Here.” 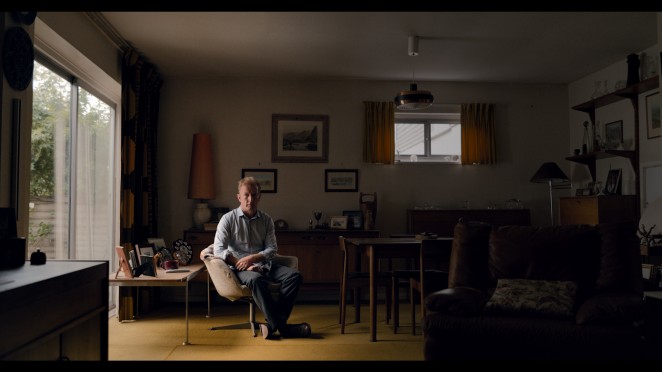 Every year thousands of families and friendships are broken apart due to a lack of understanding and tolerance towards the LGBT+ community. Pride’s message is a positive and inclusive rallying cry to everyone that it’s never too late to reconcile. To highlight this and celebrate the upcoming Pride season, Pride in London and Channel 4 have also partnered together in an industry first on a series of LGBT+ programming. From the 24th June, four LGBT+ themed adverts (created by WCRS and directed by Fred Scott at Pulse Films) will be aired during every Channel 4 programme, each representing different parts of the community. One of the adverts will also run as a 90” across cinema during the campaign period. 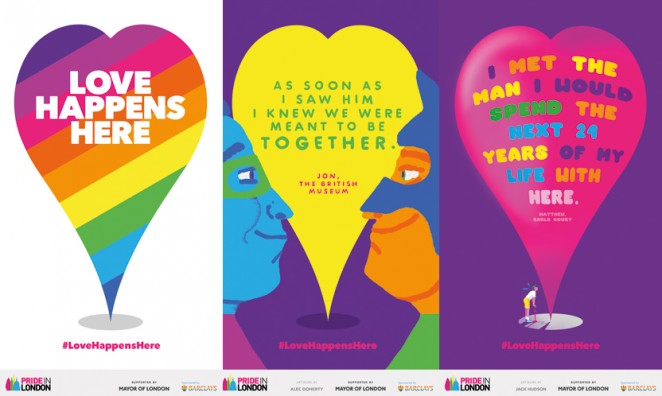 The multi-media campaign will also see OOH sites across the city (including fly-posters, large format OOH and the London Underground kindly donated by Jack Agency, Outdoor Plus, Clear Channel, 8 Outdoor, Kong Outdoor, Primesight, Media Circus, Ocean Outdoor, Outdoor Plus, Urban Vision, ECNLive, STORM, Verifone and Exterion) filled with stories of love, sourced from diverse members of the LGBT+ community. Each story has been beautifully illustrated in posters created by more than 30 illustrators and artists from Bernstein & Andriulli; Blink Art; Breed London; Debut Art; Jelly London; MP Arts; Grand Matter; Siobhan Squire; WCRS; and a number of freelancers, who all donated their time for free to the campaign. These “Love Happens Here” prints will also be available from the Tate as part of their Queer Britain season.

All the stories featured in the OOH come from members of the community who have shared their stories on Pride in London’s interactive map: http://bit.ly/2tNaOVo

To mark the start of the festival, Ocean Outdoor have also partnered with Pride in London for a love domination at Westfield Stratford on Saturday 24th June. The “Love Happens Here” campaign will also go global with interactive DOOH sites in New York at locations in Times Square, and sites wishing people a great World Pride in Madrid at Gatwick & Stansted airports.

To spread the love even further, Pride in London is calling on Londoners to contribute to the campaign by sharing their own stories of love, using this website: http://lovehappenshere.london/.

Alison Camps, co-Chairman of Pride in London, said: “This is the biggest campaign that we at Pride in London have ever undertaken. At a time when anti-LGBT+ hate crime continues to rise in London, it’s vital that we highlight this problem and encourage all those affected to report it to the Met police. But, crucially, this campaign also allows us to look forward with hope, telling the incredible stories of love that make London the thriving and welcoming city we all know. We’re phenomenally grateful to the media owners, production companies and agencies who have donated their time and resources to make this ambitious campaign possible.” 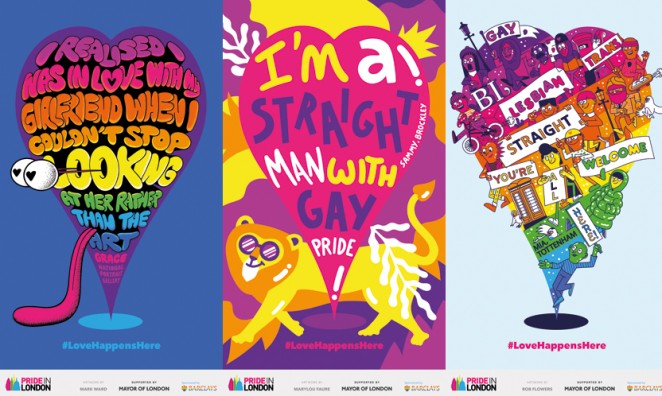 Ross Neil, Executive Creative Director at WCRS, said: “It’s difficult to fully appreciate the amount of love and pride that has gone into this campaign until you see the list of credits of all those who gave their time and talents to make this happen. This is a campaign that started from a negative place of hatred and has blossomed into a full technicolour, full volume, inclusive expression of love. The greatness of the creative is matched only by the sheer scale of companies and individuals.” 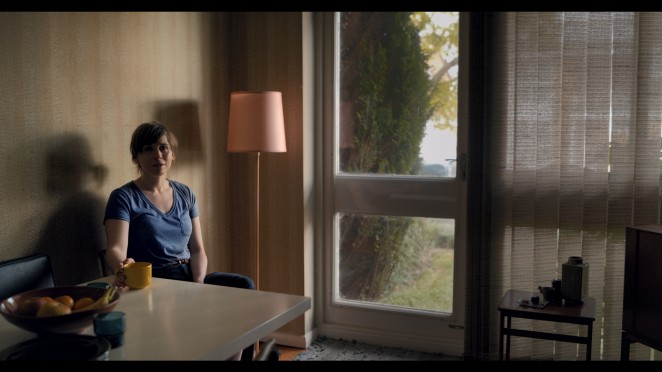 Fred Scott, Director at Pulse Films, added: “In all the work I do, I'm searching for a sense of truth and sensitivity at the heart of the storytelling. It was therefore a true honour to get this opportunity to collaborate on these films, particularly at this time. They feel pertinent and important as we strive and hope for an increase in acceptance, equality and understanding - three values that these films frame with a very genuine sense of care and hope.”