Philosophical dialogues exploring the cultural creativity of the brain

Jugular:Joining The Head and the Heart

Creativity is multi-faceted and has many guises. Contrary to conventional belief, it is not only the realm of artists - we all need it in everyday life whether it's at work, figuring out how to frame the perfect pitch, or at home, cooking a nutritionally balanced (yet tasty) meal. Despite its universal existence, it is something that has retained the air of the mystical about it and has evaded a concrete definition. It is a topic that has consistently inspired wonder and led to the processes being tentatively explored by psychologists through case studies of famously creative individuals, and now more excitingly scrutinised by neurobiology. 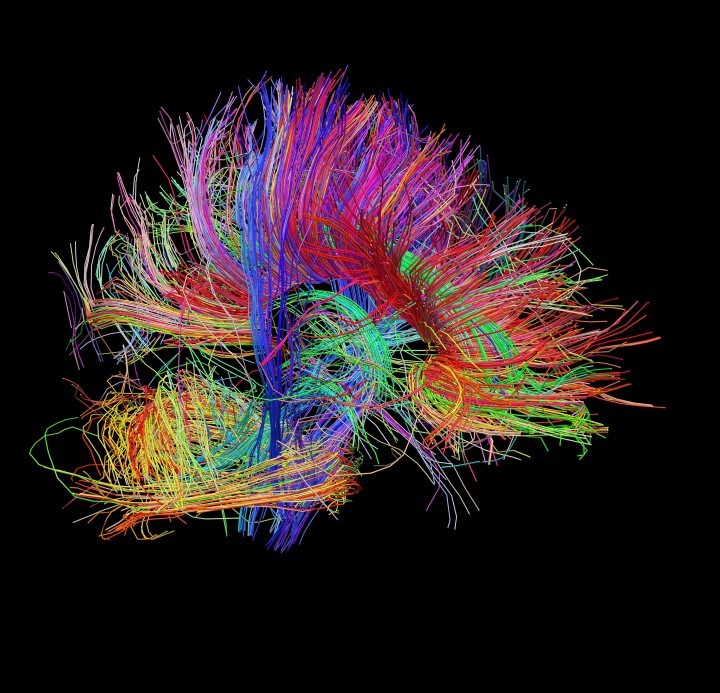 Increasingly, it has become apparent that creativity and ideation is a ‘syndrome’, a combination of a host of characterisations,  that allows us to remain flexible and leads to our mental wellbeing and resilience in an ever-changing world. A world on the cusp of recognising that after a long period of incredibly fruitful specialisation, in order to continue to progress and build-upon our achievements as a race, to heighten our daily experience and be more human than ever before - in short, to live up to our potential, we now need to break down the concrete boundaries that exist between disciplines and start talking to each other. 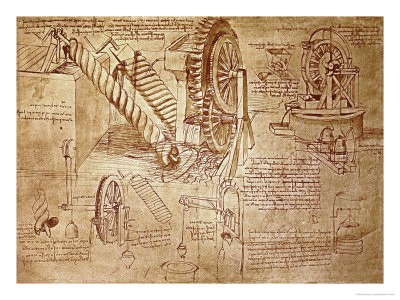 Scientists and artists share the same curiosity and desire to pursue the unknown. How they approach this unknown and the tools they use differ, but what if they were brought together? Would it enhance the creative process and the eventual outcome? Consider Leonardo DaVinci, an individual who brought together Mathematics, Engineering and Art to become one of the greatest innovators of all time. By engaging different creative approaches and parts of his brain through different disciplines, he was able to create a more complete vision. Or consider the more contemporary example of Daniel Kahneman, a Psychologist who won the Nobel prize for Economics by revolutionising our thinking on ‘fast’ and ‘slow’ decision-making. Despite a plethora of other examples, when we think of a ‘creative’, we speak of an artist, a UX designer or a marketing executive whereas perhaps the most creative amongst us are those able to connect different worlds.

For me, the proof of concept lay in my multi-disciplinary PhD investigating the neuroscientific processes and physics of musical creativity which was jointly undertaken between the academic and performance denizens of Imperial College, Goldsmiths and Royal College of Music. It was essential that for the scientific results to have any meaning, the experimental design needed to have a close tie with the cultural context of the music, be faithful to real-life conditions and take into account the very philosophical question of ‘What is Creativity?’.  Art helped Science helped Philosophy. Being a professional musician and actor, I naturally put the academia into practice as performance and thus founded my own startup.

‘Jugular: Joining The Head and the Heart’ is a startup with the explicit vision to showcase and develop rich interactions between cutting-edge science, philosophy and newly commissioned creative performance - and relate it to everyday life. With wearable technology, interactive visual installations, games and…cocktails fuelled by a DJ. Out of this ethos since 2012, we have created unique events showing clearly in every session that science, art, philosophy and entertainment are equally valid and fundamental parts of culture, each most fruitfully pursued in dialogue with the others.

After 7 UK festival commissions and 3 sold-out London shows, it has gone through many iterations including a secret immersive warehouse rave…about physics according to the Londonist!

I’ve explored novel ways to create narratives that authentically incorporate scientists and their research -rather than simply being autobiographical, opting to seriously engage with the concepts. Take our concept of memory, for instance. We think of it as an accurate logbook of our past happening in real-time. In fact it is more like a fragmented mirror, not stored in chronological order and has the ability to be rewritten not only consciously in our waking hours but during recall in our dreams. Working with our long-term collaborator, neuroscientist Dr Hugo Spiers, who’s related work with ‘place’ cells in navigation and memory was a topic that received the Nobel prize last year, resulted in two performances. The first, ‘Chronicles of a Memory Foretold’, was a dark comedy on the disastrous consequences of taking ‘Erazidum’, a pill that allows a young couple to forget their arguments and rewrite their evenings as they had imagined them to be. It was commissioned by the British Science Festival and performed at Richmix. The second, was a comment on Dementia using multiple simultaneous narratives utilising film, spoken word, music and physical theatre. 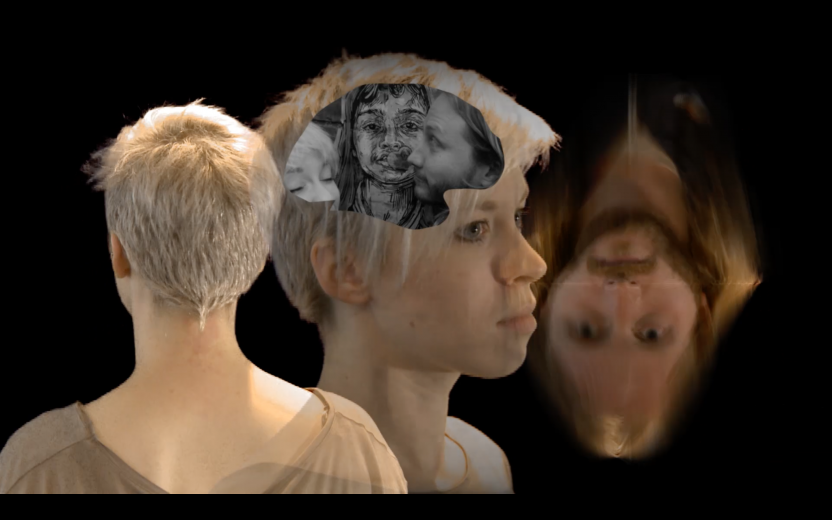 Jugular has provided a platform for scientists, performers and philosophers to genuinely interact with, benefit from and be inspired by each other. Performers have gotten a tour of the MRI facilities in the Institute of Education, Professor Richard Faragher, a leading light in the field of ageing science, joined in performance warmups and Dr Anna Ciaunica a philosopher from the Centre of Senses for our upcoming show ‘Rhythms of the Heart’, thoroughly enjoyed herself in the camaraderie of the rehearsal ‘making’ room. This discourse and enthusiasm has lead to entertaining thought-provoking shows and for our upcoming show, this Fri 20th and Sat 21st March, as part of British Science Week, there is the opportunity for a new wearable tech company, ‘doppel’, to not only showcase their innovation, but by interaction with the audience, to acquire data that will put doppel in context for further development.

doppel uses the phenomenon of entrainment in the real world. It is clear that people want to get control over how stimulated or relaxed they are throughout the day. We drink coffee and energy drinks, we do breathing exercises and meditation. We also all use music to get this effect, upbeat music will get you going after a long day or relaxing music helps us to wind down. By doing it in a new way, through a tactile pulse rather than through sound, doppel lets people take control of this phenomenon. They can control what the tempo of the beat is and they can use it where playing music would not be appropriate. During a stressful meeting we cannot put our headphones in or start using breathing exercises. Relaxation music could help you to get to sleep but your partner might not be too happy about it!

doppel is the first piece of wearable technology that is utilising this natural phenomenon for our benefit. While the effect of music on the body has been seen since 1918 (http://ajplegacy.physiology.org/content/46/1/35) it is only now that we are exploring new ways to use it. Music is more complex than just the tempo, there are emotional connections and associated memories. doppel does not give all of these effects but instead gives people a small, direct part of the benefit at times when they need them. Pumping beats on a cycle ride or a calming rhythm during a presentation for instance. It is the first step on a road to softer, more symbiotic technology that is built from a deeper understanding of how people work.

I hope you will come and see it in action in the heart of Dalston at The Proud Archivist this weekend, and would like to take the opportunity to invite other tech and design companies to approach me to build an immersive experience around your innovation.

In ‘Rhythms of the Heart’, performing artists, scientists and philosophers take inspiration from each other and offer different insights into ‘Heart, Emotions and Rhythms’. Inspired by everyday life and informed by specialist research, we invite you to celebrate both your emotions and intellect through interactive visual installations, wearable tech and performance spanning theatre, music, dance, spoken word, shadow puppetry and circus, all navigated by multi-media interactive talks from experts.

As part of the British Science Week, this is an opportunity to learn ground-breaking research with neuroscientists through theatre, storytelling and improvisation - open to everyone, suitable for families and children. We will explore 'Interoception' - the physiological detection of one's internal bodily processes - the 'sixth sense' through which we feel our heartbeat without taking a pulse and its relation to memory and emotional awareness and interconnectedness.

Dr Shama Rahman will also be leading a workshop "What's so Complex about Creativity?” as part of Digital Shoreditch on LIVE day May 15th. Join her to demystify the science of creativity and how we can access it for ourselves through simple storytelling theatre techniques. Learn about the main stages of the creative process by getting creativity off the page, on its feet and relating it to your daily and professional life. Expect lateral thinking, problem-solving, improvisation, and a lot of fun!