Opening a gateway to the future | #BehindTheIdea

Global technology brand HONOR recently announced “Gateway to the Future,” an initiative designed to enrich cultural heritage through the power of technology. Launched during its IFA 2022 keynote, the brand challenged two popular artists to creatively reimagine an iconic landmark and UNESCO World Heritage Site in the German city of Hamburg.

Set against the backdrop of surging interest in the metaverse and the growth of hybrid tourism, the project aims to inspire global creative talent to leverage innovations such as AI, AR and Spatial Audio to connect communities with culture in more immersive ways and support the global tourism rebound, as the world embraces the connected future.

To bring the project to life, HONOR partnered with ARLOOPA, an AR and VR development company, and celebrated visual artists Yunuene and Timo Helgert, who creatively transformed the famous Wasserschloss building in AR.

Yunuene’s contribution to Gateway to the Future, entitled “Sailing Through Time” pays tribute to the evolution of the city’s port, showing how innovation in marine logistics transformed over time with her signature visual aesthetic.

Timo’s experience “Blooming Future” takes a more futuristic approach, playing on Hamburg’s status as one of the greenest cities of the world and creatively imagining what the Wasserschloss would look like in a green future where beautiful plants and endangered species can thrive, taking this historic landmark into an otherworldly realm.

To learn more about this unique project, we spoke to Timo about his take on the brief. 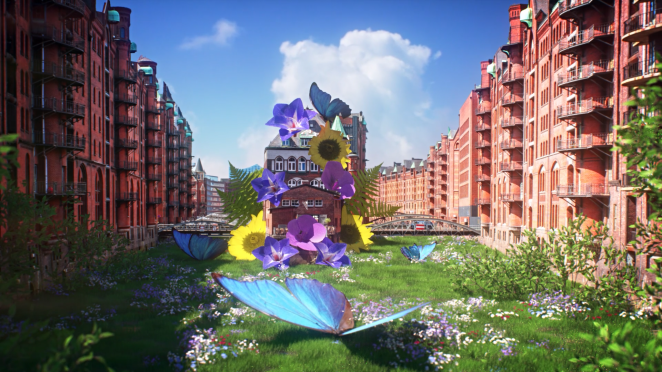 As part of its ‘Gateway to the Future initiative’, global smartphone brand HONOR challenged me to creatively reimagine the Wasserschloss located in Hamburg’s Warehouse District, otherwise known as Speicherstadt. Through the project, HONOR wanted to show how iconic landmarks can be enriched through the power of augmented reality (AR) to allow communities to connect with culture in more immersive ways following years of global lockdowns.

My work is heavily influenced by nature and the natural planet, and being from Germany, I was very excited to create an AR experience that reflects Hamburg’s status as one of the greenest cities in the world, placing it at the center of the digital culture boom we are witnessing around the world today.

We explored the most iconic sites in Hamburg and got inspired by the beautiful Wasserschloss. My mind immediately went to the concept of “Nature Castle” instead of “Water Castle”, using natural elements as a form of art. 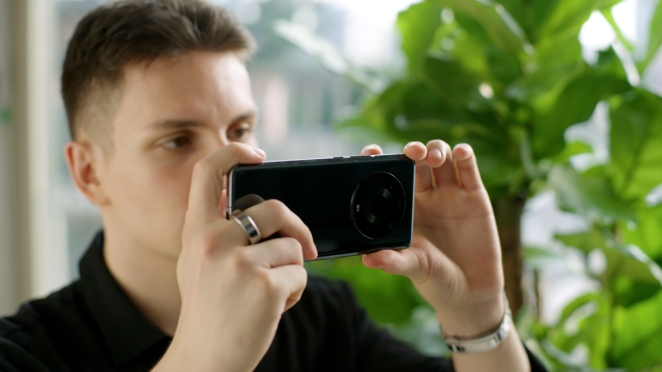 Inspired by HONOR’s ‘Gateway to the Future’ theme, I wanted to create an experience which explored the possibilities of the future whilst celebrating Hamburg’s status as a green city. I put a lot of thought and research into each element used in the AR from Hamburg’s history, culture and colors to its endangered species.

We started with the concept of the Nature Castle and first built the experience in 3D. Using 3D scans of the site, we were able to map it and create virtual previews. A large part of AR is optimization, so we always had to find a balance between art direction and optimization.

In the past, we produced 3D artworks on huge computer rendering farms with a lot of power but thanks to technology, we can now run these experiences even on a smartphone. It is simply amazing and stunning. But there is also a balancing act required to ensure the experience is optimized for smartphones and developed in an efficient manner. 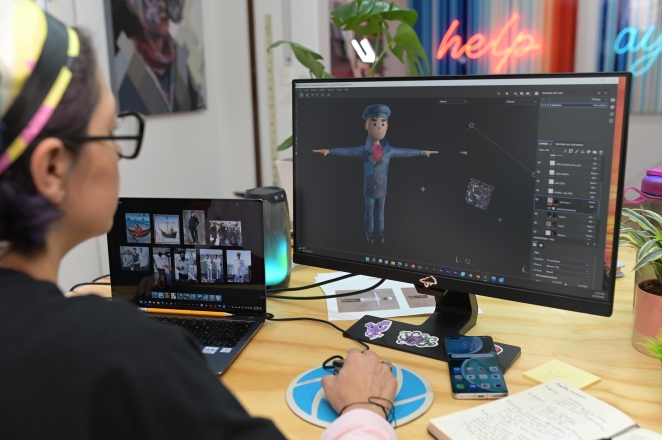 We used a combination of Cinema 4D, Octane Render, After Effects, Photoshop, Unity 3D and a few other programs. Every step of the way, we tested out the experience on the HONOR Magic 4 Pro, HONOR’s flagship smartphone featuring AR core support and an incredible 6.81-inch LTPO OLED inch screen capable of delivering over 1 billion colors, making it ideal for viewing immersive augmented reality experiences on.

Not funny, but I did get hospitalized during the production process due to a small emergency. It was right before the video shoot but luckily, I managed to recover just in time for my debut in front of the camera! 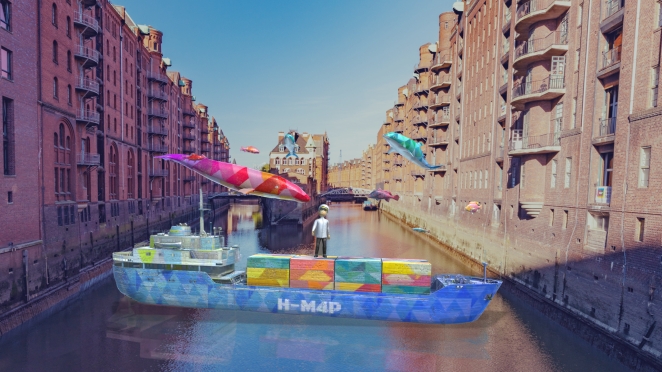 The pandemic prompted a rise in virtual experiences, with technology helping to connect people to places across the globe in more immersive ways than ever before. During the global lockdown, it was technology that allowed people to take part in everything from virtual tours of museums or art galleries to remote concerts and sightseeing experiences in their favorite holiday destinations, allowing people to travel through space and time to get their culture fix.

With the metaverse picking up pace, spurring a growth in hybrid tourism, HONOR’s Gateway to the Future campaign aims to inspire the global creative community to harness the power of AI and AR and contribute to this new digital cultural boom we are witnessing, which is allowing people to experience culture in a totally new way, as the world slowly returns to normality and people resume travelling.

The metaverse has enormous potential to enhance experiences in real life, adding another layer of magic and delight to people’s everyday lives Recognizing this potential, HONOR has invested heavily in AI and AR technologies to ensure smartphone users around the world can enjoy these amazing experiences.

I usually don’t track the time that precisely, but we started brainstorming the concepts in July and it’s incredible to see all we created in a relatively short space of time, all thanks to powerful connected tools, technology and lots of great collaboration. 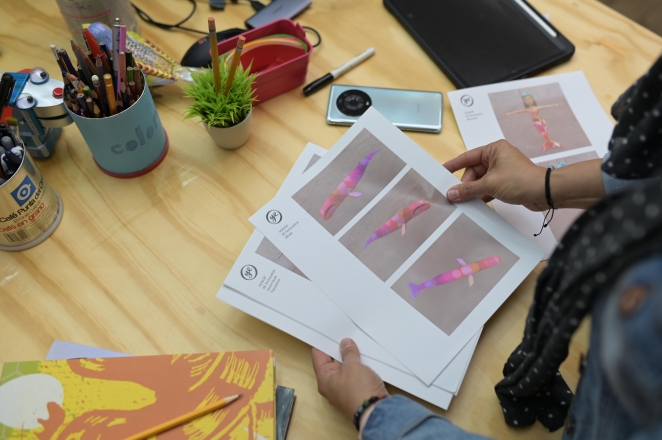 HONOR’s Gateway to the Future project is designed to encourage smartphone users all over the world to experience historical cultural treasures in a new, imaginative way. The project also aims to encourage the creative community to explore the myriad possibilities with the fusion of art and technology and take part in the HONOR Talents Global Design Awards Competition, an annual contest committed to bringing together those at the forefront of youth art.

For the first time this year, the brand has introduced an Interactive AR Artwork category, inviting artists to use augmented reality to creatively reimagine landmarks, or other public spaces in their own neighborhoods, for communities around the world to enjoy.