One Love was founded to honour the memory of Yeardley Love, a 22-year-old college student whose life was tragically cut short when she was killed by her ex-boyfriend.

With the importance of this cause, the campaign, Unhealthy Connections, needed to educate audiences on how to spot the warning signs – developed from a single powerful idea: unhealthy relationships thrive in the dark.

minds + assembly created three different scenarios where the viewer is led to believe that there is a physical, real-life confrontation happening behind a closed door, only to discover that this harmful exchange is actually happening via text messages.

We spoke to Gino Carolini, Creative Director at minds + assembly, to go a little deeper behind the idea.

To position One Love as a single trusted source for educating young adults from all backgrounds about how to recognize and navigate healthy vs unhealthy relationship development - when relationships today, as well as abusive behaviours, grow and evolve through unseen digital channels.

When we read through the RFP, we could not wait to get started. This foundation aligned with our agency values, mission + desire to do good. This excitement wasn’t just for a few of us, the entire agency wanted to get involved.

We assembled teams, strategized, conducted mini-market research, and crafted our brand idea – that Unhealthy Connections Thrive in the Dark. Next, we brainstormed a range of brilliant creative executions.

Watching our teams bring their own personal experiences to the concepting table was raw, humbling, and beautiful. For some of us it was even therapeutic. Through the pitch process, we presented (3) impactful PSA ideas.

We worked with not just the key stakeholders at One Love, but gen Z ambassadors to craft stories that were authentic + relatable for our range of audiences. By the end of the pitch process, we had aligned on the winning concept, crafted storyboards, scripts and were ready to execute. 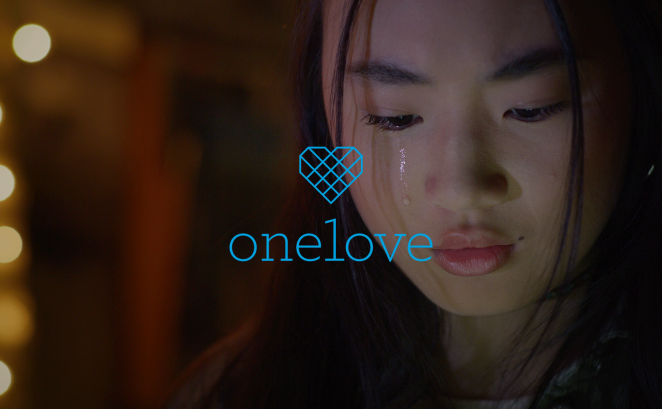 First, we did our research. Lots of it. We memorized the RFP, poured through One Love educational materials, talked with our target audience (Gen Z) and learned everything we could about relationships in digital spaces.

From there we worked closely with One Love to develop a creative brief which centered on the insight that for gen z, online relationships are just as real as in person relationships.

There isn’t a distinction between online and real-life relationships – and therefore, by extension, the damage that occurs online can be just as valid and damaging as it is in real life. What’s worse, that damage often happens in secret, behind closed doors.

From this core insight we crafted our brand idea: “Unhealthy Relationships Thrive in the Dark”. This brand idea served as the platform for all the creative work.

The production process can be described in two words: collaboration + commitment.

At each step of the way (from script development to set design), we collaborated with our partners at One Love, Gen Z ambassadors and our incredible production partners (David Gaddie, Open Flame, The Colony), to construct PSAs that would immediately grab viewers’ attention and authentically pull them into the world of these teen characters.

Each partner demonstrated commitment to crafting an authentic story, to challenging each other, to maximizing opportunities within our budget and to executing on a final product that clearly communicated the core message that online relationships can have real life consequences. 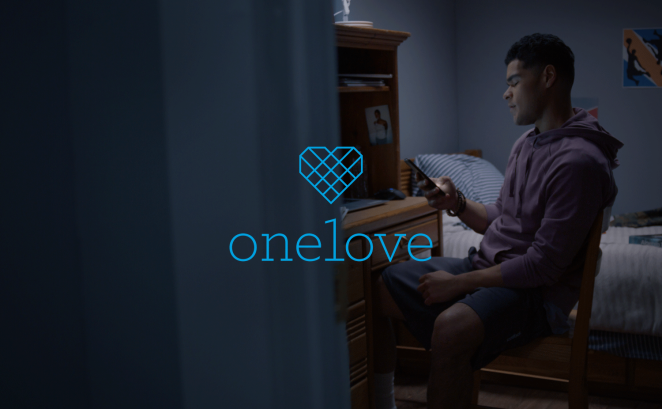 By understanding and discussing our limitations in the pre-production phase, we were able to identify a creative approach to production design that allowed us to execute each distinct scenario, exquisitely.

The solution? The team decided to build one, physical hallway. We constructed a single set that could be ‘reskinned’ between scenarios so that each of the PSAs felt unique and distinct to their respective scripts. By dressing them and lighting them all uniquely, we were able to create the illusion of three distinct hallways.

Watching the spots, a viewer would never guess that on set we were working with a single hallway, a single bedroom - across all spots. Now that’s movie magic.

Our collective success came down to an efficient crew, planning with our production team and creative production design that allowed us to capture all (3) PSAs without compromising the production value or the integrity of the creative.

During production, it was incredible to see how many people vocalized their personal connections to the mission, the foundation, the campaign. Some of our campaign models asked how they could get involved with One Love, communicating that they had experienced or had friends who had experienced unhealthy relationships in online spaces - seeing how relatable, how impactful this story was on set was incredible.

One Love recognizes that relationships are increasingly happening partially or entirely in relatively unregulated online spaces (text, social, dating apps, gaming, etc.). They also recognize that these relationships are real ones. But in digital spaces, it can be harder to spot unhealthy behaviors. We’re here to shine a light on those behaviors so that young people can learn how to love better.

Why does it matter? One Love was founded in honor of Yeardley Love, a 22-year-old college student whose life was tragically cut short when she was killed by her ex-boyfriend.

Her family’s realization that her death might have been prevented had anyone recognized the signs of an unhealthy and increasingly dangerous relationship is what inspires One Love’s education today.

What do you hope it achieves for the brand

Our hope is that One Love can shine a light on unhealthy digital behaviors, so that young people can learn to love better (both on and offline) and don't justify early signs of abuse.

So far, One Love’s ‘Unhealthy Connections’ campaign has achieved (as of 10/31): 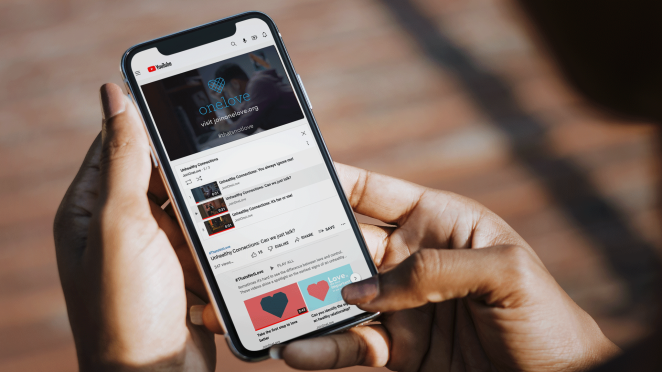