It was announced last week that Ogilvy Primary Contact, the B2B (business to business) arm of OgilvyOne, has joined forces with dnx, the B2B agency recently acquired by Ogilvy & Mather. The result of the merger will be the largest dedicated B2B agency in the UK; OgilvyOne dnx. This new agency plans to present their clients in the B2B market with enhanced capabilities and access to the vast, global network operated by Ogilvy and their holding company, WPP. Both Ogilvy PC and dmx are highly respected and highly awarded agencies in their own rights, and all three agencies have grown significantly over the past four years. It's thought that OgilvyOne dnx will provide specialist support for this consistent growth.

The business will be fronted by former dnx CEO Drew Nicholson, who will lead a team of 180 as the CEO of OgilvyOne dnx, and will report directly to Sam Williams-Thomas, OgilvyOne's CEO. Meanwhile, the head of B2b at OgilvyOne and the managing director of dnx; Clare Lawson and Domini Pettifar respectively, will be joint managing directors of the new agency, working alongside Gareth Richards, who moves from managing director of Ogilvy PC to managing partner at OgilvyOne dnx. Other appointments at the new agency include Darren Bolton as executive creative director (the same role he held at dnx), and James Myers, OgilvyOne's head of planning, who will be responsible for strategic services. OgilvyOne dnx staff will remain in their current locations and the former dnx offices in Guildford will be retained. 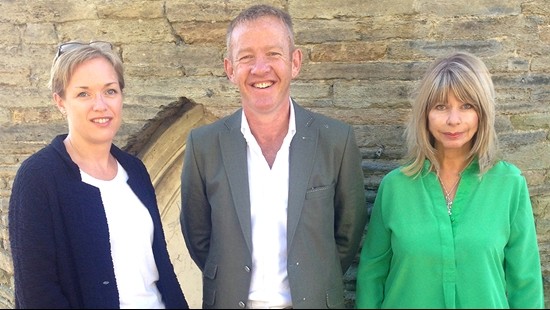 Nicholson believes that the move is a defining one for dnx, which has been a long time coming, considering they have been voted as “B2B agency of the year for two years running.” He feels that joining the 'Ogilvy family', is a fantastic opportunity for his staff to “Become part of a bigger, dedicated B2B operation.” He says that B2B marketing is a rapidly developing sector, which is now using techniques traditionally associated with the B2C (business to consumer) market. He feels the new agency will build on these developments, by utilising their combined expertise to “Push the boundaries of B2B marketing” in the growing sector.

B2B marketing is a rapidly developing sector, which is now using techniques traditionally associated with the B2C market

On the other side of the new agency, Williams-Thomas is certainly not short of ambition. He believes that the merger will allow them to broaden their scale and expertise in the sector, and that with the combined strength of OgilvyOne, Ogilvy PC and dnx, they will comfortably “Continue to lead the B2B category.” He says that B2B has “Always been an important sector for OgilvyOne,” and that bringing the businesses together will allow them to “Continually deliver the best in class B2B marketing” for their clients.

Benjamin Hiorns is a freelance writer and musician from Kidderminster in the UK. He's never been part of a merger himself, but it's on his bucket list.