Next generation marketing: how to play in the Metaverse

A new digital era is on the horizon as the metaverse evolves from sci-fi concept into reality. While online channels have been the driving force of connectivity between businesses and consumers over the past couple of years, many are now rediscovering how to connect with products and services IRL, whilst embracing a hybrid physical-digital model.

Amelia Okell, PR & Communications Manager at Wunderman Thompson Technology, explores how brands can make the most of these new opportunities to create unique and exciting interactions and maximise their growth. 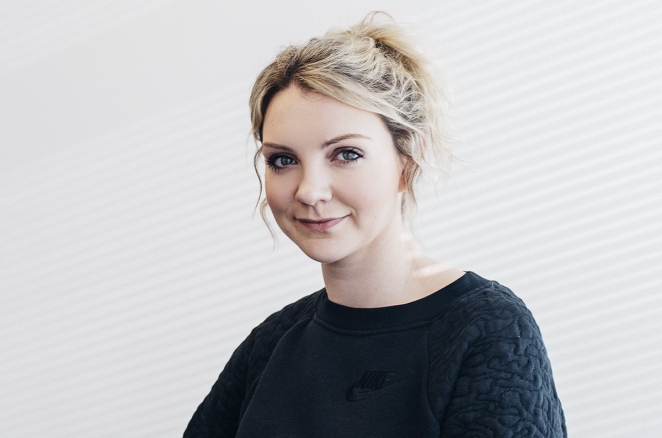 Today, virtual worlds where people can gather, create, buy and sell, socialise, live and work are becoming the new hangouts. Technology that allows for advanced avatars, virtual teleportation and NFT marketplaces is revolutionising virtual engagement. And the rise of digital possessions and ownership brings about a new direct-to-avatar retail model. The metaverse is also disrupting the physical world, forming liminal spaces where people can replicate their routines, interests, and passions online. 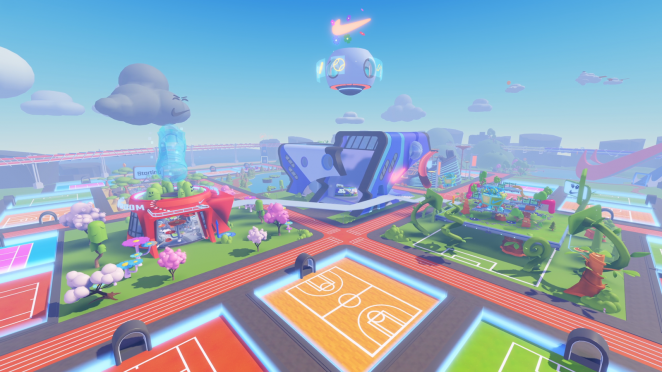 According to a 2021 report by Technavio, brands are diving headfirst into gaming and virtual worlds – platforms such as Roblox offer opportunities to create novel in-game branded experiences. Long-time leaders in personalised marketing, Nike recently announced the creation of a new place for fans to connect, create, share experiences and compete together: NIKELAND.

In its own words, Nike “created this bespoke world with the backdrop of its world headquarters and inside Roblox’s immersive 3D space, building on its goal to turn sport and play into a lifestyle.” Similarly, Vans World, launched in September 2021, is a virtual skatepark on Roblox where players can practice skateboarding tricks, design their own Vans shoes and skateboards, and try on virtual gear.

Even broadcast media organisations have seized opportunities to gamify their offerings to draw audiences in, with ITV partnering with John Lewis at the end of last year for an ‘I’m a Celebrity’ experience as part of the popular video game, Fortnite. The store was integrated into the game-map where, alongside ‘I’m A Celeb-inspired’ challenges, users could also take part in festive games linked to the retailer’s Christmas campaign.

With 46 million daily active users on Roblox and approximately 30 million users playing Fortnite each day, there’s clearly a huge audience to tap into. For younger generations especially, gaming is replacing advertising channels such as print and television.

“A lot of the traditional ways of marketing to young people are gone forever,” Keith Stuart, games editor at the Guardian, told Wunderman Thompson for its 2022 Future 100 report. “Gaming is where they are.” Expect to see more branded virtual worlds as companies and marketers tap into this growing space. 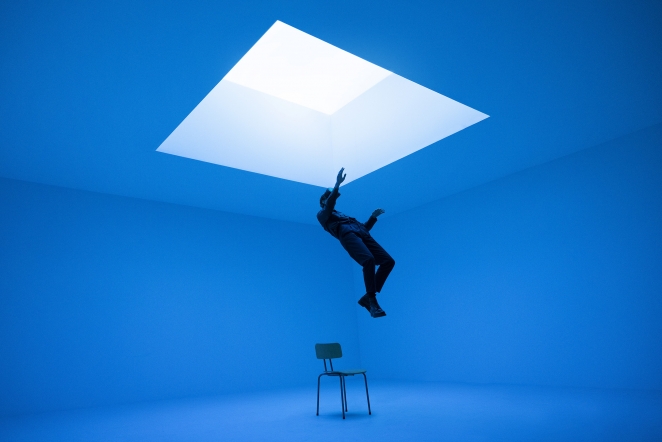 Technologists are opening up digital portals—making virtual teleportation a plausible reality. Transforming communication and collaboration is at the heart of Varjo Teleport VR. The headset, launched in October 2021 by Helsinki-based tech manufacturer Varjo, uses the Varjo Reality Cloud platform, which allows for photorealistic virtual teleportation.

Meta is also betting big on virtual reality (VR), with Mark Zuckerberg claiming that “By 2030, the new generations of Oculus will allow users to teleport from one place to another without moving from their couch,” and Microsoft Mesh uses mixed reality (MR) to create interconnected worlds where the physical and digital come together. It allows people in different physical locations to come together to collaborate in real time via holographic experiences.

For brands, there could be fantastic opportunities to develop experiences whereby distance is no obstacle. Indeed, as people spend more time both working and socialising online, this new virtual dimension could offer more intimate, close-to-reality in-person interactions. 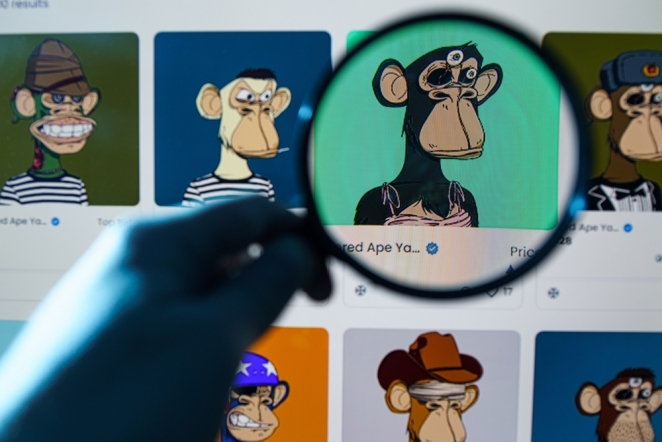 So on-trend that NFT took the top spot as Collin’s dictionary’s word of the year at the end of 2021, it’s fair to say that the non-fungible-token sector has exploded in the past few months. Any digital creation can become an NFT, with the term referring to a certificate of ownership, registered on a blockchain, or digital ledger of transactions.

Wherever consumers are looking to collect and trade, artists and brands are ready to create and mint NFTs —and all parties are meeting in emerging forums in the metaverse. Sotheby’s announced it would be the first auction house to launch a marketplace dedicated to NFTs in October 2021.

Backed by celebrities and supporting numerous digital artists that it has worked with during the past year, Sotheby’s hoped to use its “expertise and curation to the burgeoning world of art for the digitally native generation,” according to Managing Director Sebastian Fahey.

Many brands have (sensibly) taken an inclusive, loyalty building approach to NFTs, with Clinique offering buyers who joined their rewards program the chance to win by sharing "stories of optimism" on social, free products for the next 10 years, along with an NFT artwork called Meta Optimist, a conceptual molecule that changes colour.

And likewise, Hugo Boss has introduced a Tiktok challenge where people can win five unique NFT Boss x Russell Athletic jackets, as well as a physical twin, which comes with a QR code that allows the person to wear it in AR, setting a record on social media for the brand, with 3.1 million consumer-generated #Bossmoves videos.

Most recently, NFT projects were top of the agenda for brands advertising at, what is arguably, the most significant cultural event in the United States — the Super Bowl. Kia, Animal Planet and Bud Light were all offering exclusives to its audience, the latter selling out of its $399 NFTs promoting new zero-carb beer Bud Light Next, which came with a pair of physical glasses in collaboration with the pixel avatars on the Ethereum Blockchain, Nouns DAO.

As major brands and industries continue to invest in NFTs and participate in their trade, the metaverse is evolving in its potential for revenue and opportunities. Indeed, those who take advantage of this uncharted territory may find new dividends in these developing marketplaces. 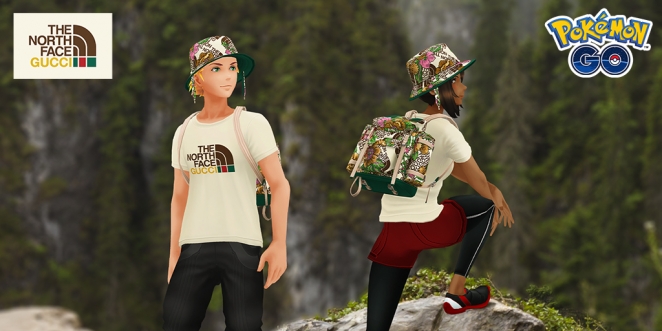 Given the rise of NFT’s, its perhaps no surprise that Direct-To-Avatar or DTA is emerging as a new business model, whereby brands are releasing digital products direct to our screens. Various fashion brands have introduced DTA shopping over the last year, with Nike once again providing an example with its virtual sneaker marketplace RTFKT which launched in December.

Three months earlier, Balenciaga released a collection of in-game clothing in Fortnite, and in the summer, Ralph Lauren launched a 50-piece digital wardrobe, available to buy in social networking app Zepeto. Gucci and The North Face even started the year with a collaboration on avatarwear for Pokémon Go. And digital fashion house The Fabricant has partnered with brands such as Adidas, Puma and Tommy Hilfiger to virtualise their clothes.

Alongside this model, photorealistic digital humans are moving from our screens to the real world, with Nvidia preparing for a future where 3D avatars with conversational artificial intelligence (AI) will operate in both the virtual and physical world. These new-age avatars will not only seem hyper-realistic, but also reflect the world’s diversity. Brands should take note that the future of consumerism could lie in virtual products, as people realise that they can have infinite digital items that reflect their interests and lifestyles.

All this points back to venture capitalist Packy McCormick’s original notion that the metaverse will eventually be the sort of place where, as your virtual avatar, you would be able to go into a Disney store, for example, and buy an outfit for your avatar to wear, then go to a Nike store and buy a pair of shoes to be delivered to you in the physical world, and then pop into a Spotify or Roblox virtual concert, and then go for a run with all your friends while listening to that concert —a run in the real world, but you’re connected through the metaverse.

Those who make use of new technologies and create alternative channels for their customers are no doubt opening up new avenues for growth. But as they enter this exciting new world, the key for all brands will be to take the very best elements of physical-digital experiences – personalisation, accessibility, and creativity – and put them at the heart of every single interaction.