Let's face it, if you're going to have your face on millions of coins, you're going to want to be pleased with the chosen image. So let's hope Her Majesty is not going to be ordering any beheadings after this morning's unveiling at the National Portrait Gallery of her new portrait which will be featured on all new British coins in the near future.

In the design and sculpting equivalent of The Voice, the Royal Mint ran a competition where entries for the new coin portrait were submitted anonymously. The victor out of the five finalists was 34-year-old Jody Clark, the youngest sculptor to have been chosen to design the coin in the monarch's 63-year reign. He is also the first Royal Mint engraver to have been chosen to create the royal coinage portrait in more than 100 years. 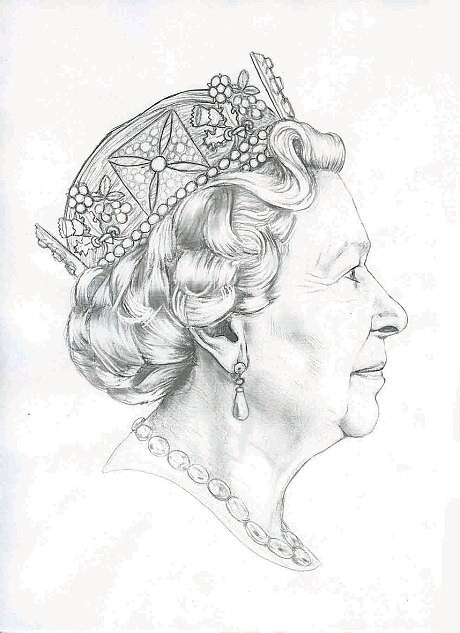 It's been 17 years since the coinage portrait has been updated, and this new design is the fifth incantation. "I really liked the four previous coin portraits - each one is strong in its own way,” said Clark. “I hope that I've done Her Majesty justice and captured her as I intended, in a fitting representation. The news that my design had been chosen was quite overwhelming, and I still can't quite believe that my royal portrait will be featured on millions of coins, playing a small part in the Royal Mint's 1,000-year history." 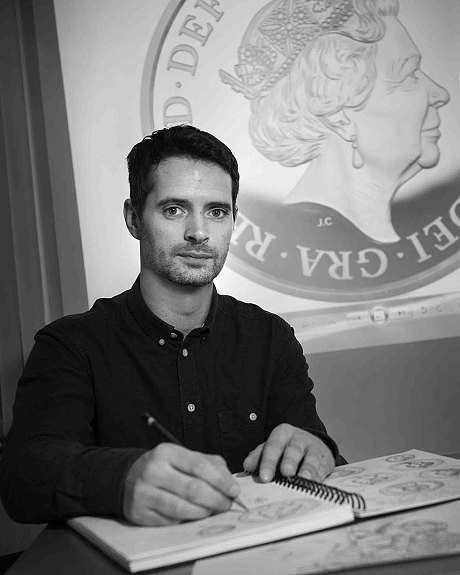 Clark's aim was to make the representation of the Queen as accurate as possible – presumably rather than one that was obviously flattering. He added: “I'm really happy with how it's turned out. I can only hope everyone appreciates it."

Gordon Summers, chief engraver at the Royal Mint unveiled the new portrait at the National Portrait Gallery this morning. He said: “It's a fantastic design. It's a classical design – a really good portrait, really good likeness of the Queen. But it still portrays that regality that you would expect on a UK coinage portrait." 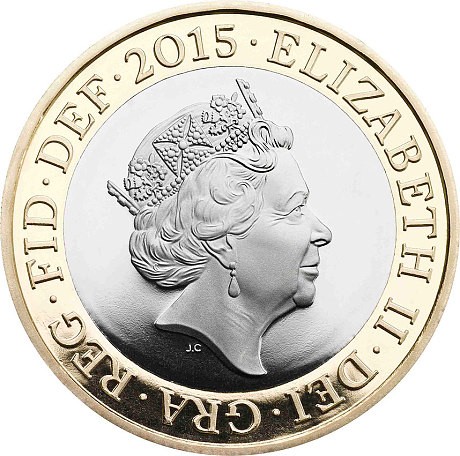 He went on to explain that it is also the first time that a coinage portrait has been modelled digitally. It is not altogether different compared to the traditional techniques of clay or plaster modelling. The difficulty, however, is that the design has to work on coins as small as the 5p, where the relief stands out only a tenth of a millimetre, and on commemorative coins which measure 100mm across. The other difficulty is that there is no contrast on a coin, as there might be on a two-dimensional image rather than a three-dimensional image. 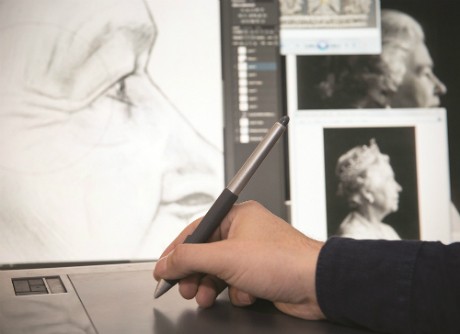 I'm no aficionado, but I would have imagined that accuracy is key, really; that and a dignified expression befitting the head of state, which will feature on millions of coins. And looking at the sketch above, my layman's view is that Clark has achieved this perfectly. So I'm not altogether sure why some people on social media are having a pop at the image, saying that it doesn't pass muster. Unflattering? Well, it does look like her, so... 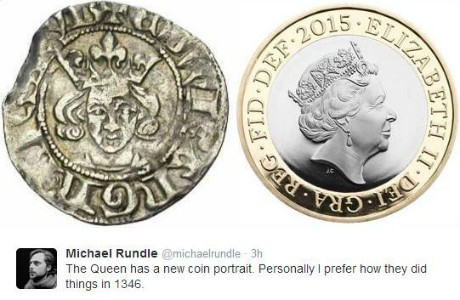 What do you think? A hit portrait worthy of an OBE, or a miss worthy of a stint in the Tower of London?

My first thought was: "It makes her look like the former Queen Beatrix of the Netherlands." I don't know whether or not it's significant, but Beatrix abdicated in 2013, in favour of her son. Is anyone working on a portrait of King Charles?

Ha! I see what you mean, Francis. There is a certain regal similarity in the hairdo! And very interesting about the abdication in favour of her son. Maybe Matt Groening of Simpsons fame will have a go at Charles!

I'd like to see that. I wonder what he'd make of the ears! Let alone the close-set eyes.