Extending the beloved campaign beyond the seasonal TV epic, MPC Creative developed a groundbreaking interactive VR experience in collaboration with adam&eveDDB and John Lewis. Launching exclusively in the flagship Oxford Street store, this is the first commercial interactive VR experience that allows people to control interactivity with their own hands rather than using physical controllers. The experience, which took 3,000 hours of specialist VFX artistry to develop, allows people to step into the enchanting world of the Christmas ad and not only experience the environment, but interact and play with its cast of characters and immediately share a unique film of themselves composited into the 3D scene. Following adam&eveDDB’s brief, MPC Creative developed an in-store installation idea for John Lewis that positions users on the same trampoline as in the Buster the Boxer spot. They are then joined by a cast of furry characters who jump and perform at their command, with 360-degree positional sound effects. MPC crafts industry leading photo-real animals, so MPC Creative’s challenge was to deliver an extraordinary level of animation and realism for VR.

The interactive VR experience was made possible by the creation of bespoke hardware stacks to cope with the demands being placed on the real-time Unreal games engine. Not even the most powerful commercially-available gaming computer could cope with the real-time rendering and graphics demands of the piece, but the team were driven by their desire to provide one of the most realistic and immersive environments yet seen in VR. Furry characters are especially challenging because of the complexities of the hair and anatomical systems. Coupled with life-like animations, gesture-controlled interaction, colour-graded environments, 360-degree sound design, positional tracking and optimised processing performance to keep frame rates and fidelity at a premium, this represents one of the most ambitious interactive VR pieces ever attempted within advertising.

Andre Assalino, Interactive Creative Director at MPC Creative, said: “We wanted to create a premium, fun and authentic installation that would place people directly into an interactive version of the world already established within the TV ad. VR was the obvious medium, as its premise is profoundly simple: fully immersive entertainment allowing people to share a fun moment with the animals, resulting in a uniquely memorable experience. We had to push the boundaries of interactive VR to the limits. Creating a photo-realistic scene with believable furry animals, and natural interactions with virtually no learning curve for the user, were our biggest challenges. Add to that the complexity of making sure everything could run non-stop for the whole campaign in one of the UK’s busiest stores, and things really get interesting.” 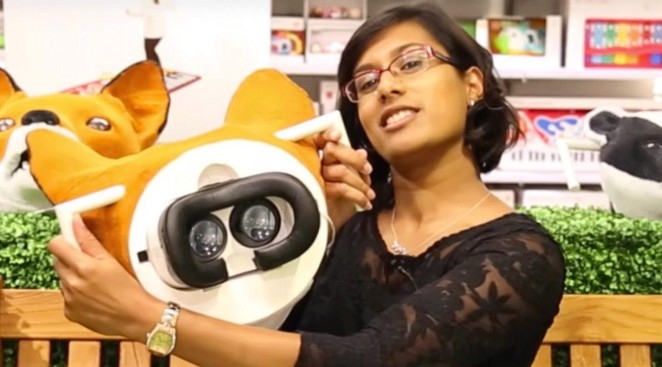 Not only can users immerse themselves in the environment of the spot through MPC Creative’s VR experience, but a 3D camera mounted in-store captures the user, creating a real-time video composition that merges what’s happening in the real world and the VR one. This allows spectators to get a better idea of what’s happening in the store, and provides a fun, short clip for people to share with their friends. This is the first commercial interactive VR experience to use Leap Motion technology, synchronised with Oculus headsets, to allow users to control their interactivity with their own hands, without the need for gaming controllers. It’s also the first VR experience to introduce video capture of the user experience, with instant composition of users into the 3D garden scene, as opposed to the traditional approach to video capture which captures only the viewpoint of the user at any given time. To further increase the accessibility and overall reach of our content, the team exported 360 degree video versions of the experience to be viewed on other platforms, like Google Cardboard and Facebook 360. In addition, adam&eveDDB used MPC’s Animated Character Engine (ACE) to create responsive social content on the fly, using optimised versions of the 3D characters with dynamic backgrounds and a selection of carefully crafted animations. 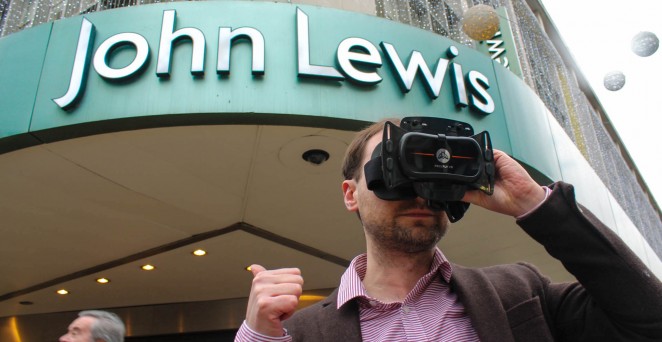