Microsoft recently announced a new low cost mobile phone a month after a leaked memo revealed that the technology giants were considering culling their more affordable phones in favour of their more expensive, “Windows Phones”. The Nokia 130 is available for just £15, and underlines a statement released by the company that (despite rumours to the contrary) they are committed to their more basic phones. Jo Harlow, corporate vice president of phones at Microsoft, said that the low cost phone business was a “Massive market segment,” and that “There are not a lot of players in this segment” because “Scale is really important.” She believes, however, that Microsoft “Have the distribution and supply chain scale” to compete in a market where “Smartphones don't reach.”

The Nokia 130 is available for just £15, and underlines a statement released by the company that (despite rumours to the contrary) they are committed to their more basic phones

The device will be targeted towards low wage earners in emerging markets such as China, Egypt, India, Indonesia, Kenya, Nigeria, Pakistan, the Philippines and Vietnam, and will be sold at a profit, even after deducting manufacturing and marketing costs. They will run Nokia's Series 30 mobile operating system, which Microsoft acquired when it took over the phone manufacturers handset division earlier this year. The 130 will be replacing Nokia X handsets, which had been seen as 'stepping stones' to the more expensive and powerful Nokia Lumia range. The X handsets existed in an area of the market that was highly competitive and were completely trounced by the competition. Ben Wood, chief of research at CCS Insight believes that “The problem with Asha and X phone was that they were cannibalised completely by low-cost Android.” He also says that although Microsoft will only be making a small amount of profit on each Nokia 130 phone sold, the volume will be in the millions.

A video introducing the Nokia 130

The Nokia 310 is (according to Microsoft) “The most affordable phone with video and music player” on the market, though it lacks a data connection, which means there is no internet connection, even through Wi-Fi. Because of the complete lack of internet features, songs and video much be played from an SD card. The device supports 46 hours of audio playback and 16 hours of movie watching, though considering the screen is only 1.8 inches, and has a very basic colour display, you won't be watching the Godfather on it any time soon (unless you're a bit of a masochist).

The Nokia 310 is “The most affordable phone with video and music player” on the market, though it lacks a data connection

It's not just developing markets that Microsoft are pushing for either. Harlow makes the valid point, that many of us like to keep a 'backup' or 'emergency' phone in case our smartphones decide to die on us, and with the 130's 36 days of standby battery time it could be a real contender in that market niche. She says "It is estimated that at least 1 billion people in the world still do not have a mobile phone, while at the same time there is increasing demand for reliable backup phones in both mature and high-growth markets." She also feels the devices can act as a “Bridge” that brings consumers into the Microsoft family as “These consumers will create a Microsoft account and become part of the Microsoft ecosystem.” 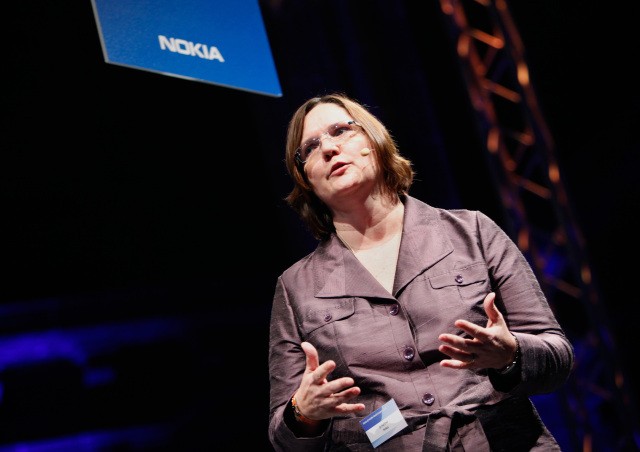 At the time of writing there were no plans to release the Nokia 130 in Europe or the US. A release date has also yet to be officially announced, though it is expected to arrive this quarter.

Benjamin Hiorns is a freelance writer and musician from Kidderminster in the UK who has 2 backup phones because he keeps dropping them in the toilet.