Don’t try to understand what’s going on in Zakri Williams’ surreal sketches, says the freelance illustrator. Just enjoy the complexities of the drawings, which he creates with fine-liners, ballpoint pens, pencils and markers.

“I love drawing in black and white ink, pencil crayon, felt tip and graphite. I feel these reflect the work put in and show an honest sense of expression,” he explains. “The process involves working from photographs I’ve taken, images from my surroundings whether physically, in magazines/art books or online, objects I find or just from pure imagination. I’ll see something and elaborate on it, turning it into my own creation, within my own narratives.” 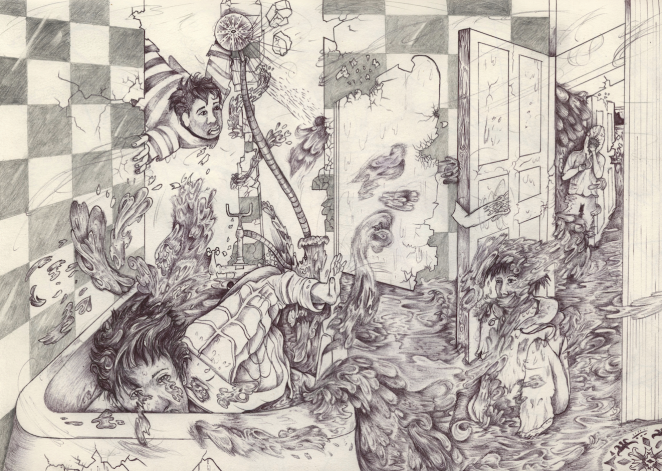 Williams studied art and design at college and got into illustration at university. He enjoys using humble mediums as they’re easy to access. “I believe in simple things being made into extraordinary things. I’ll use sketchbooks, sketchpads even print on clothes sometimes.”

However, technology does play a part in his creative process, however much his work looks heavily influenced by old school sketching. “Using Photoshop has helped a lot in my creative process. Some of the collages I’ve made in Photoshop I’ve later gone back and physically re-drawn,” he adds. “Technology has shown me that deep down I like having originals on paper to showcase.” 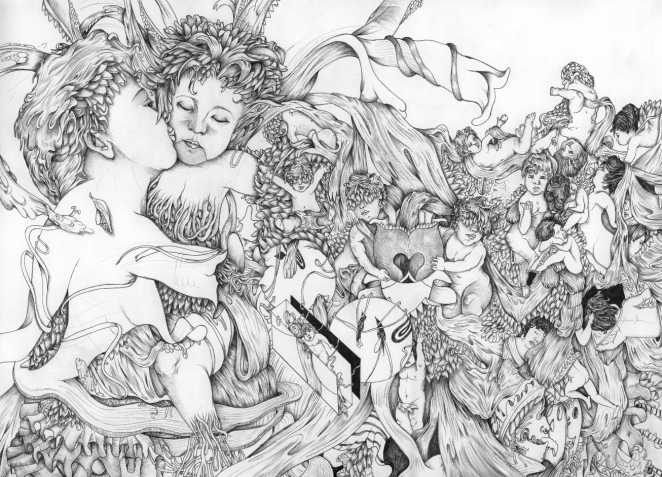 Making digital collages allows him to experiment with looks and ideas. Sometimes he’ll draw on different pieces of paper unsure of what to do next while leaving them unfinished and piecing different sketches together using a computer gradually forms the full final pictures.

It’s clear that Williams lets his creative mind wander when producing art and his portfolio has a refreshingly raw feel to it.

“Looking for commissions is great but learning your craft and developing your own message is paramount,” he says on the subject of client briefs. “It’s something I have and am struggling with now, hence why I’m emphasising its importance. It prevents you from getting stuck and confused about who you are and which direction to go in as an artist.” 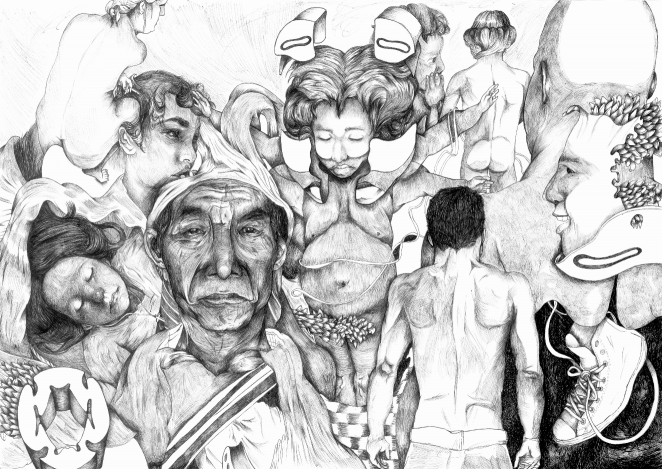 As an artist, he doesn’t believe you should accept every commission presented to you and instead believes you should develop your own identity and style.

“Once you know your truth as an artist you’ll be able to know what commission is right for you and what can benefit you,” he explains. “Tutors encourage you to be that way but I don’t believe in it. You have to have morals and show convictions for things you personally believe in; staying true to your style of expression.” And if you do that, your reputation will be stronger in the industry. “At the end of the day people don’t just buy the art they buy into the person,” he adds. 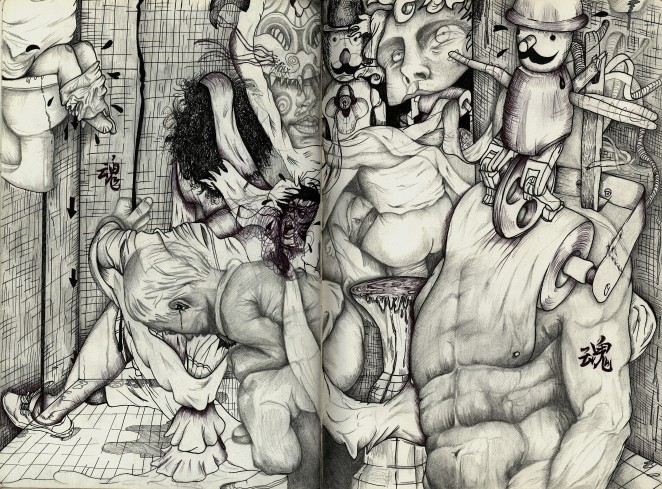 Williams has clearly carving out a niche for himself with his eerie sketch work with deep narratives and detailed drawings. He isn’t afraid of not being mainstream with his art but believes sometimes being more commercial and popular can create better opportunities.

“It seems if you don’t have a large following of people you hardly get any support. You could display real skill and talent but no one gets behind you to promote you, because the individual doesn’t have enough followers or isn’t known enough in the industry,” he explains. 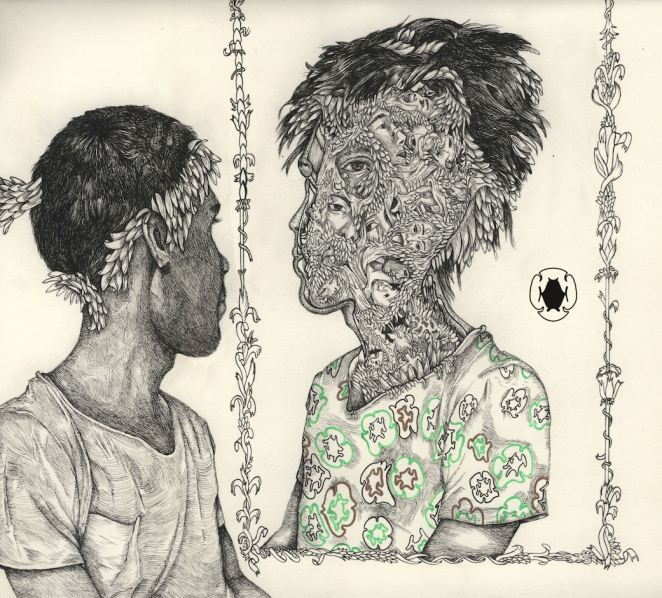 “Galleries and promoters need to put time into showcasing more of the unseen talent that’s out there. Not for profit’s sake but for sheer talent. Let the public see a wider selection of what’s out there, let them make up their own minds about who they love instead of being shown the same people over and over again.”

See more surreal sketches by Williams and connect with him here. 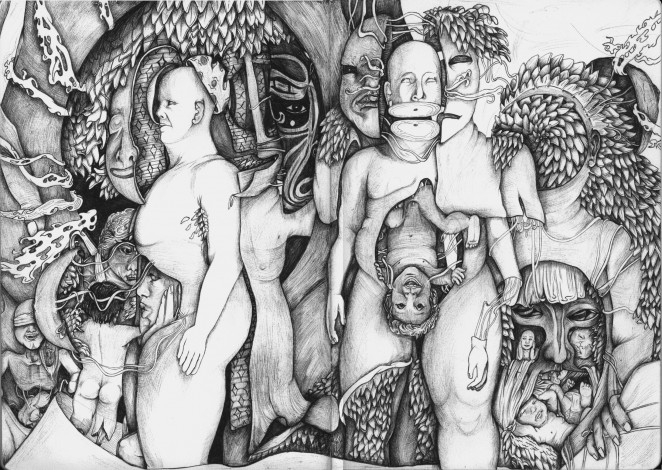