Whether it’s a puzzling political statement (Statue of Confusion, pictured), views that bring the world into people’s backyards or a dragon made of milk, Amsterdam-based 3D artist Fedde Souverein's work is sure to capture your imagination.

Having studied at the Utrecht School of Arts, he made a living from retouching jobs on the side as he developed an interest in 3D/CG design and how they can enhance photography.

Learning Maya, he slowly managed to get photographers and agencies interested in his work which led to a position that saw him head up a small CG team and four years ago, he started his own company called Luminous Creative Imaging with co-founder Rutger Luijs.

“We are very proficient in combining CGI, photography and illustration into great complex visuals,” he says of the firm’s smart concepts. “We often start out with sketching and designing the visual (depending on the clients' brief of course) then decide which parts to create with 3D modelling, which parts we get from photography, stock and/or illustration.”

Souverein’s most recently featured work on Creativepool is for Taiwanese gaming company MSI’s PlayFast, Play Cool camaign. He says it was “a fantastic project in which we had to create two cool-looking characters that were the incarnations of one of MSI's newest gaming motherboards.”

Despite being wonderfully creative, his work is usually, as he says, made according to client briefs.So behind the outlandish imagery that results from the hard work there is method behind the creative madness.

“It's a process in which we use the best medium for the job and combine the different elements to get what we want to achieve,” adds the artist. “It allows for a lot of creative flexibility and we can decide which parts to create in CG and which to create in other ways depending on timing and budget.”

Souverein says faster hardware and newer rendering engines like Redshift have been a major breakthrough for his productivity, allowing for faster testing and tweaking of the scenes he creates and more complex work without having to wait hours for renders.

“Programmes like HDR Lightstudio (for lighting) and Substance Painter (for texturing and shading) have been a godsend to make these aspects easier and (a lot) more fun!” he explains. “These combined allow for faster turnarounds and better work, since we are less hindered by our tools.”

But it’s clear it’s not only technological advancement that’s making fuelling Luminous’ fresh creative output. Souverein’s ability to maximise a brief and expand the viewer’s imagination completes the equation. And his advice to the Creativepool community is to cut through with big bold ideas in the cluttered landscape.

“Create something that catches people's eyes! We are working on a global scale in these times when everyone can show what they can do,” he enthuses. “This is great but also means that standing out from the crowd is a lot harder. Show something that you are proud of and never quit developing your art and becoming better at what you do!”

Check out some of the work mentioned in the images below and see more/connect with Souverein here. 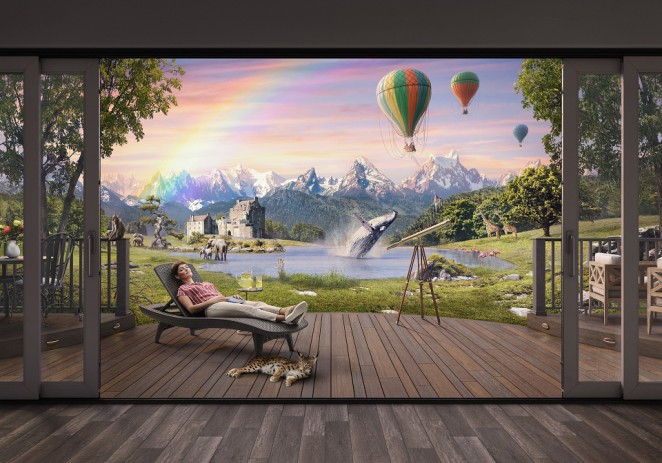