Mark Bower has watched 'digital marketing' come of age over the last 20 years and admits it's been a wild ride.

A lot has happened. But he’s convinced we are, even now, just getting started. This week, in the midst of a global meltdown, we caught up with the former CEO and founder of the multi-award-winning digital marketing agency, Coolpink and current managing director at Woven.

We discuss his beginnings as a digital marketer, his natural curiosity and how to respect those quiet nudges from your creative subconscious.

I’m Yorkshire born and bred. Actually, that’s a lie. I was born on a British military base in Germany, where my father was posted at the time, but my folks moved back home to a hideous little mining village called Goldthorpe in deepest darkest South Yorkshire just before my 2nd birthday. I came into marketing via digital, having previously worked in pre-press and publishing sales for Apple and then SUN Microsystems.

All of my clients were agencies, publishers and newspapers and I started to fall in love with the sector. When the internet started to happen in earnest I knew I had to dive in and get involved. Along with my then best buddy, I quit my sales job and started a small web development company back in 1999.

Having always been a creative kid, despite our digital heavy beginnings, the creative side of the business was always the most interesting element for me, so it’s been a real thrill and a blessing for me to be able to combine the two elements (creativity and technology)  in my daily life.

I am a partner and co-owner of Woven, where I’ve been for the last three years. I’m based in Leeds, but spend a fair amount of time in London and elsewhere around the country, as my role is still very hands-on when it comes to strategy and creative approach. 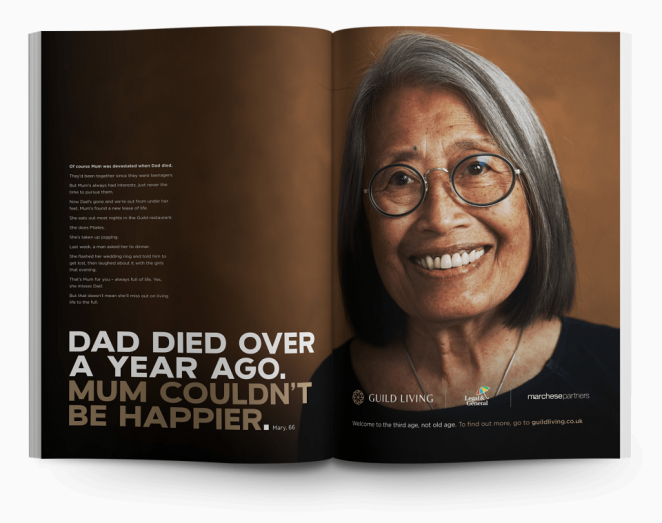 That’s a tough one. I was just talking about this with my sixteen-year-old Son who recently told me that he doesn’t think he’s creative ‘like I am’. I am and always have been an incredibly curious person. I read anything and everything. I’m fascinated by all kinds of weird things like geology, biology, physics, archaeology, technology, philosophy, NLP, hypnosis, etc. the list goes on and on. I have an insatiable appetite for learning and travel in particular. Add to this there are endless podcasts, youtube sessions and audiobooks.

I don’t relax like most people. To me, listening to a high-powered in-depth debate about AI at 8 am on the way into work is invigorating. That’s just how my brain works. As for creative, my view is that there is so much stuff up there, and it’s not at all properly organised, things can’t help but bump into each other in unexpected ways. That’s how it feels to me, anyway. It’s just a function of a really wide range of interests coupled with a slightly disorganised mind. I don’t have a great ‘linear’ memory, but I seem to be very good at making unexpected connections between things and recognising patterns.

Some of the most interesting ideas come to me ‘out of nowhere’ immediately upon waking, or in the bath. They are just ‘there’. They kind of present themselves, almost complete, and the challenge is simply to notice and take them seriously enough to grab a pen (or smartphone, more often!) and capture them before they evaporate. They feel a bit like dreams, intangible and transient. Hanging around at the very edge of perception. It’s so easy to not notice them.

Over the years I think I’ve got better at listening to these quiet nudges from my subconscious and learned to treat them with respect. When this happens, it’s a very exciting experience. A real ‘eureka moment’ as I like to call it. I feel as if part of my brain has been up all night, sifting and sorting ideas, doing all the work, whilst I’ve been blissfully slumbering away or chilling out in a nice warm bath, not thinking about work at all.

This is exactly how ‘I’ came to write a really serious piece of the core Guild strategy in the bath on a Sunday morning. I woke up that morning really early and I could just feel that there was an idea there wanting to get out. I grabbed my phone and just started writing. And within minutes had the bare bones of it down.

I knew I’d really ‘got it’ and was so excited that I couldn’t wait to share the idea with my long-suffering Son and partner, and later that day, the founder of Guild. 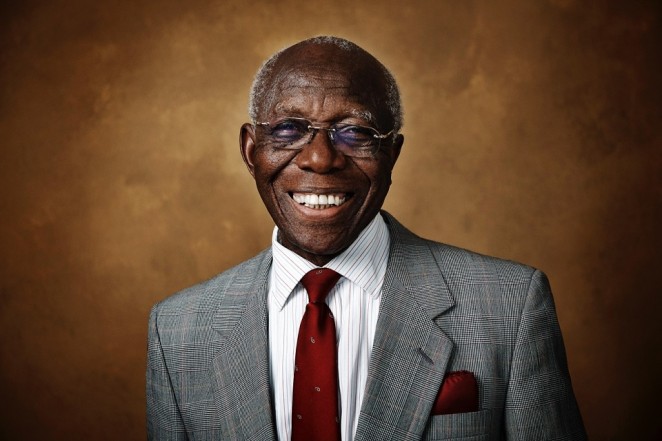 Working with the Guild leadership team has been nothing short of inspiring and, in-fact,  life-changing in that it has opened my eyes to the plight of older people in our society and allowed me to play a small part in bringing this issue to the attention of society at large.

Technology is the reason that I am even in this business, so I have to be careful how I answer this. Technology has given me access to more information and perspectives than ever before. It allows for remote collaboration. But at the same time, it can be a huge distraction and doesn’t always promote genuinely original thinking.

I still like to get in a room with people and find that most of my best creative/strategic work is done by drawing things on walls and debating/refining ideas with a group of people. 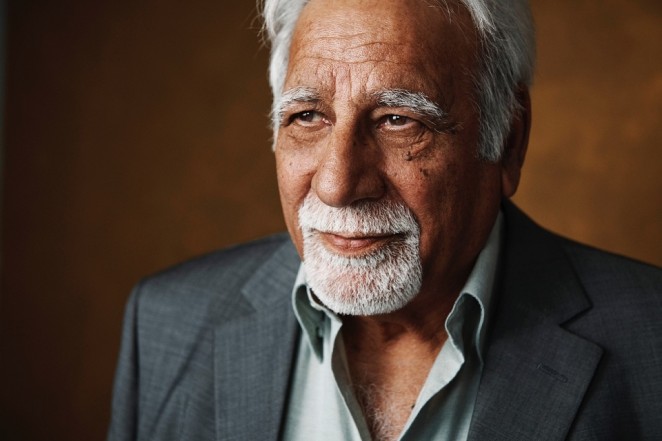 Well, for me I would like to see people coming into the sector studying more about the fundamentals and history of the business. Where it came from. Why it exists. How it started. Persuasion. Psychology. What works. What makes us tick. It’s all very well knowing how to operate the channels, but if the messaging and insights aren’t there, then you are never going to create truly powerful work.

Also, because we don’t have any kind of formal, standardised, widely recognised qualifications it’s even more important to self-educate. I do feel as if most of us are slightly winging-it most of the time. But I guess that’s true for any creative process.

I’ve never had an issue with this. I’m as excited about life, the universe and everything at almost 50 as I was at 20. In fact, the world just keeps getting more and more interesting. If you don’t think this is true, you just aren’t paying attention. As I look at the next 20-30 years I can’t even imagine the technological and societal changes that we will see. There will be challenges and there will be miracles. One thing it won’t be is boring! 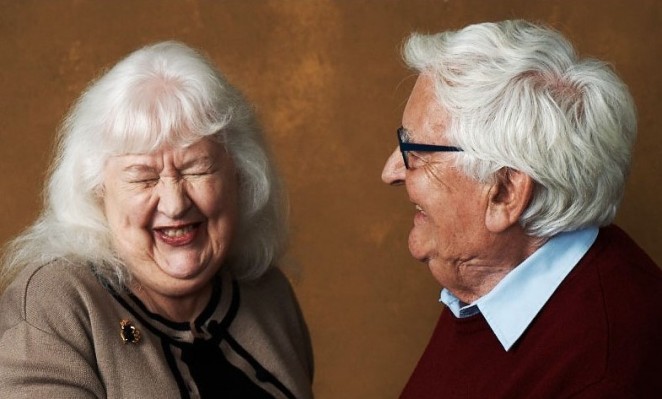 I often think I probably should have been an academic. Learning is such a big buzz for me. And I really would like to do something important and useful for mankind. Like cure cancer or end world hunger. You know, something trivial and unambitious like that. If not that, then write a novel that sticks around for a while and is generally regarded as ‘pretty good’.

I used to dream of being a songwriter, but at almost 50 and having produced exactly zero songs so far, I’m starting to feel as if I might have to reassess that goal.

I’d have to say starting my previous business Coolpink from scratch with nothing but a mate and a big pile of credit card debt and eventually building it into one of the leading regional digital agencies of the time. We got a lot right (and plenty wrong too!) and we were often ahead of the curve. It was an absolutely wild ride.

Despite the fact that the business eventually ran into hard times I am eternally grateful to everyone that was a part of that great adventure, staff, clients, partners and friends. 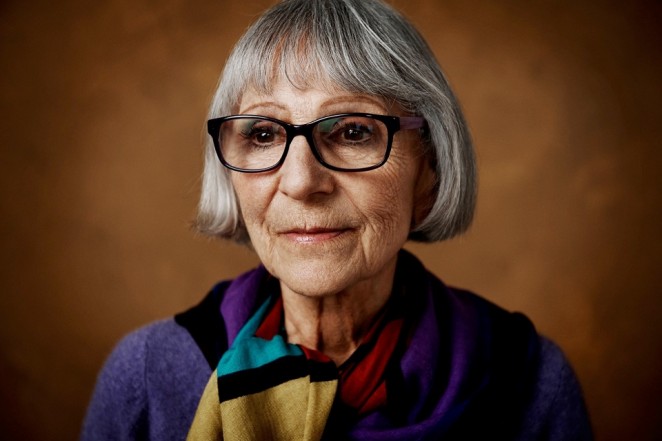 I’ve already mentioned the baths, right. Apart from that, I do love nature, so I like a good long hike or a spot of camping. Scotland is one of my favourite places on earth. When it comes to just lazing about for a while, I’m a fan of Turkish baths, saunas and spas. Water again.

There is definitely a theme emerging here!  I do prize time alone and feel that I need this kind of escape in order to remain sane. I’m actually more of a ‘change is as good as a rest’ kind of person, so I find travel and new experiences - even if they are physically demanding - mentally refreshing and revitalising. I abhor routine and I’m not one for ‘organised fun’. I’m all about ‘what’s next’.

Read everything. Learn everything. Study the trade and the sector. Know the basics. Learn from the greats. Nothing exists in a vacuum. As Pablo Picasso said ‘learn the rules like a pro, so that you can break them like an artist’.

First of all, I hope that they survive as a discipline in which humans can continue to participate and even lead the way. But it’s not to be taken for granted. With our AI overlords just around the corner, it’s going to be really interesting to see how good old fashioned human creativity stacks up against ‘Create-o-Matic 3,000’ with its galaxy-sized brain and access to practically unlimited reference material.

We are going to see a LOT of automation of some of the more ‘routine’ types of creative output. It’s already happening, so this isn’t a 10-year vision, it’s literally just around the corner.

As an optimist, I actually think this will be hugely liberating for us humans. We can ditch the shitty, repetitive stuff and just get on with thinking the big, deep thoughts. But - based on the fact that your subconscious really is just an onboard supercomputer that you aren’t fully in charge of, who knows how long even this last remaining outpost of hallowed turf will remain the sole province of ‘computers made of meat’ as Sam Harris would say? Good luck everyone! :)