Whilst some Star Wars fans (myself included as a matter of fact) might have marked their love of the franchise by buying their tickets to Rogue One weeks ago, others (or one at the very least) have decided to build their very own gigantic Star Wars models in order to celebrate the return of the franchise to cinema screens this week. YouTube engineer Colin Furze got a model of the new Rogue One AT-AT walker (well, technically it’s precursor; the AT-ACT, as we all know Rogue One is a prequel) and scaled it up significantly to build a gigantic, towering 18-foot tall AT-AT model. But it isn’t just a massive model for Star Wars fans to admire from a distance. Instead, when you push a button, a ladder descends and the AT-AT becomes a playhouse.

The large-scale project was a collaboration between Furze and eBay, who supplied him not only with the extensive building materials for the jumbo toy, but also filled the club house with Star Wars clobber. Even better, when the AT-ACT was done, Furze gave it away to two incredibly lucky children, and their less lucky parents. Furze has posted instructions as to how he built the model, but it's probably fair to say it's beyond the technical skills of most Stars Wars fans. We'll just have make do with the movie itself. This isn't the first major nerdy stunt Furze has been a part of. Indeed, he is actually a bit of a hero in YouTube’s DIY scene. He’s also built a flame-throwing scooter, a jet-engine go-kart, and all sorts of X-Men-inspired accessories like Magneto shoes. He's basically Batman on a budget.

Benjamin Hiorns is a freelance writer and musician from Kidderminster in the UK who would quite fancy an AT-ACT in his own back garden, but would settle for an X-Wing. 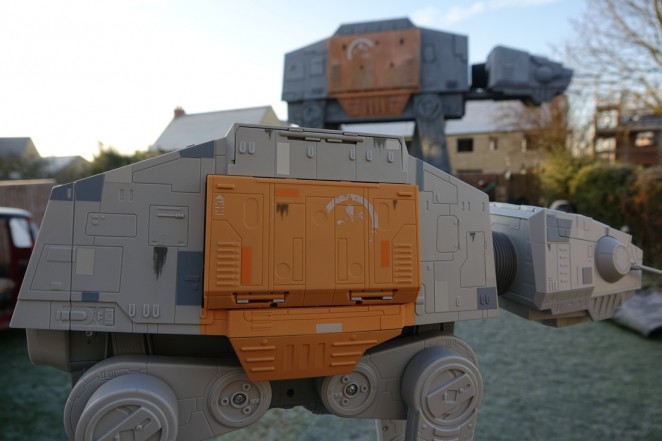 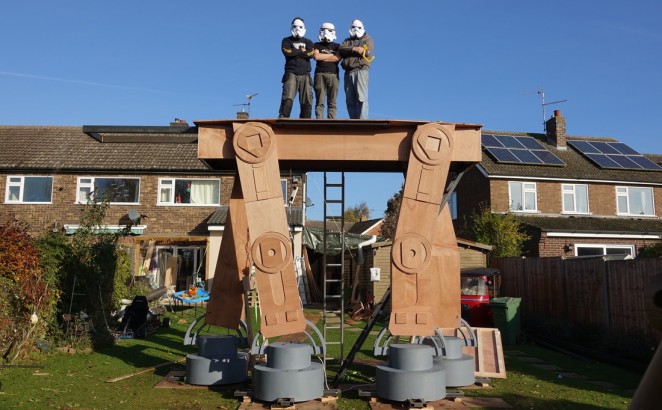 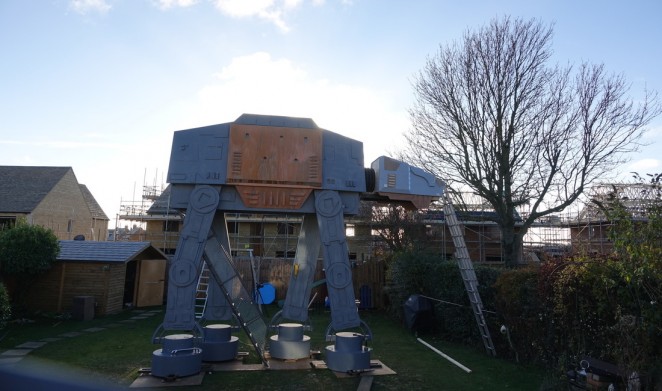 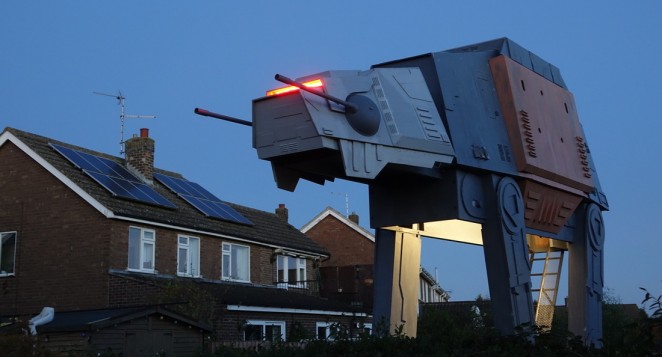