Anyone who has ever suffered through the misfortune of being sent an unwanted piece of junk mail (and yes I am referring to THAT kind of junk) will probably read the headline above and snort derisively, and I wouldn't blame them. But the design world is rife with examples of the ugly and the unwanted being transformed into something beautiful and worthwhile, and whilst I wouldn't call any of the images from this particular online gallery of (literal) dicks by Soraya Doolbaz “Beautiful,” some of them are more than worthwhile, if only for a laugh.

The New York-based Iranian-Canadian photographer doesn't just have random dudes whip out their members so she can snap a quick photo with her phone and post it online though. No, the process is far more involved than that. First she dresses the dicks in snazzy little outfits to capture the unique personality of each and every boner. The idea is, of course, slightly derivative of the Sprinkle Brigade; an online portal in which literal pieces of shit are transformed into works of art via carefully placed props and artful photoshopping, but Doolbaz has cornered the market in artful dong photography. 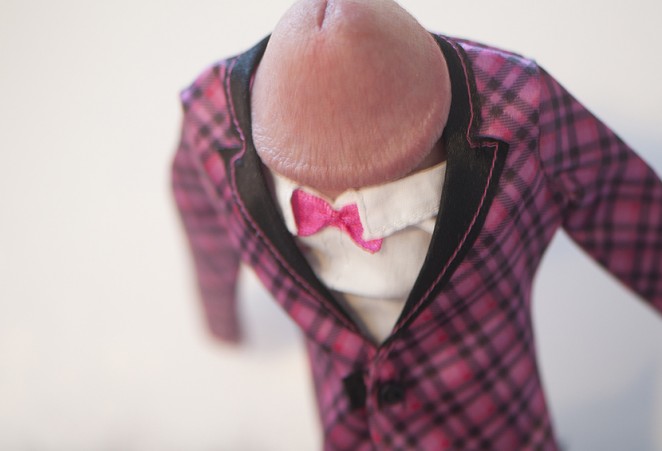 The aptly named “Dicture Galley” features a range of erect penises garbed in amusing, custom-made costumes, and might just be the best thing to ever happen to male genitalia (subjectively speaking of course). The real selling point is not only the surprising quality behind the costumes, but the personalities featured and the hilariously puntastic names. From “Dongye West” and “Dicki Minaj,” to “Fidel Cockstroke” and “Adolf Clit Tickler” (my own personal favourite), there's truly something for everyone, unless you're easily offended, in which case you're probably in the wrong place.

The Art of Dick Pics by the New York Post

Doolbaz (that name though!) said of her work: “My project is called Dicture Gallery and it’s exactly what it sounds like. Dick Pictures. But these aren’t just your regular dick pics. These are dick pics with a twist! It’s an artistic take on an otherwise alluring (really?) modern dating tactic. It's delightful that people just like dick on things. Two years ago when I took my first dick pic, I never thought I would be here today. Selling limited edition prints for $10,000 a piece.”

The photographer's work is so popular now that when it was recently showcased at Art Basel, one of her prints sold for a staggering $10,000 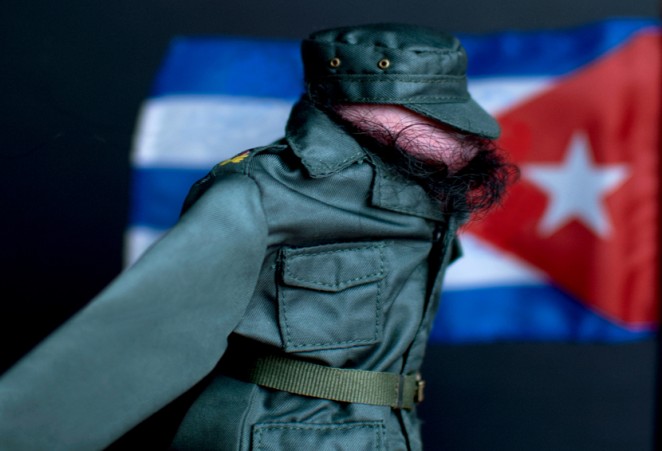 Yes, that wasn't a misprint. The photographer's work is so popular now that when it was recently showcased at Art Basel (a respected contemporary art gallery) one of her prints sold for a staggering 10 grand! If that wasn't enough, Doolbaz has created a bespoke app for the work, and many of the most popular pieces can be purchased seen on various pieces of merchandise such as mugs, calendars and t-shirts. Because who doesn't want to enjoy their cup of morning tea from a mug featuring a large erect cock dressed like Donald Trump? 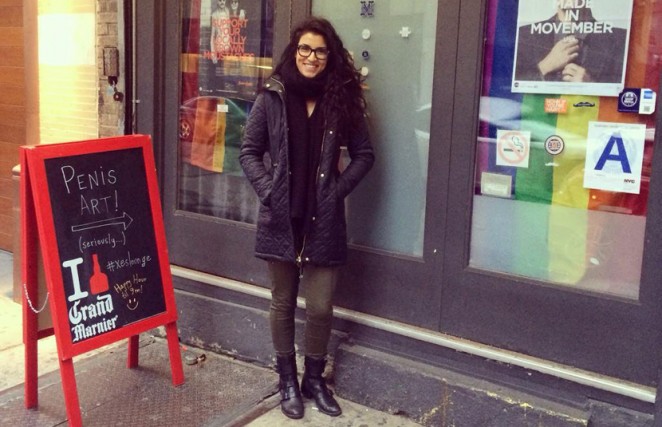 The inspiration for the cocksure project came from an unlikely source; children's dolls. Doolbaz said: “I stumbled upon the dolls at Walmart, put two and two together and thought that I could make a personality out of penises.” Doolbaz uses models for her masterpieces, and requests that they arrive with a partner. She said: “It's necessary for the model to have a partner to assist with the shoot to help with costume changes and, of course, erection maintenance.” Crikey!

While it's meant to be funny, of course, the artist is also hoping to create a conversation about exposing male genitalia. She explained: “Men have been controlling the content. Most men don't want to see another guys' dick. As a result, tits and ass have owned the spotlight." So could 2016 be the year of the dick? I for one sincerely hope not! 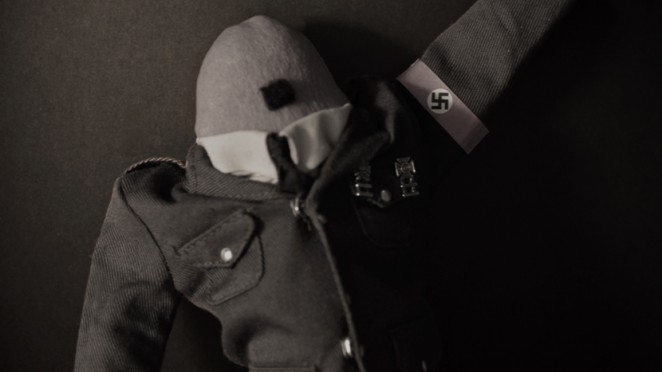 Benjamin Hiorns is a freelance writer and struggling musician from Kidderminster in the UK. If he had to choose an outfit for his own dong, it would probably be a “Bruce Springpeen.” I amuse myself.