Well, that’s the aim, anyway. Japanese-born Shota Kotake is on a mission. Not quite a holy mission, but one that nonetheless involves him painting the portrait of a priest every day for three years. That priest, though, is Father Ted, the eponymous hero of the hit TV comedy series.

Drawing a portrait of Father Ted every day for three years should secure Shota a place in the Guinness World Record books. But the aim goes way beyond a mere record-breaking attempt. "I think Father Ted is a piece of art," says Shota. "I think it should be taught in Irish art schools and should be mentioned in art textbooks as well. It’s a high-brow piece of contemporary art."

So today, I asked Shota about his vision, his techniques and his motivation for the so called “Ted A Day” project (#TedaDay on Twitter).

AM: First of all, I’m intrigued to know what a Japanese artist is doing living in Ireland!

SK: I wasn't an artist at all when I first came to Ireland. I came here alone 11 years ago when I was 14. I went to secondary school here, took an art portfolio course, and then got into the National College of Art and Design (NCAD) in Dublin, where I studied sculpture. I graduated from NCAD in 2012, and since then I’ve been doing bits and pieces. So I didn't actually come to Ireland as an artist, but I chose art as my profession over the years that I’ve lived here. 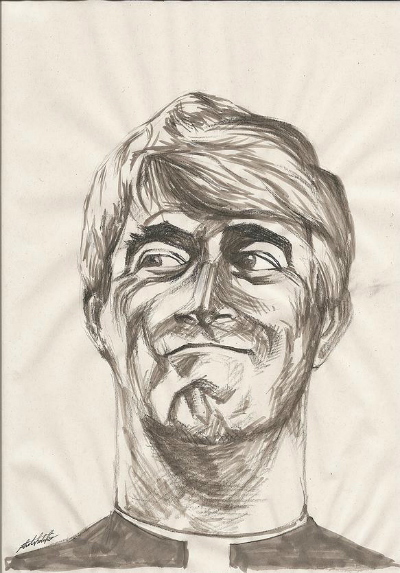 AM: Why did you choose Father Ted specifically? Was it simply because you’re a fan of the show, or was there a deeper level to the choice as well?

SK: I am a Father Ted fan in the first place, but in terms of choosing it as a subject for my art, it was because Father Ted has bits of everything I'd like to do. For example, I like drawing portraits of middle-aged and old men in particular. The show features a lot of priests of such ages and they're all extremely characteristic. The show also has a huge number of fans not only in Ireland but far beyond, so I thought it would give my work a broader reach. And of course, it's the show’s 20-year anniversary! 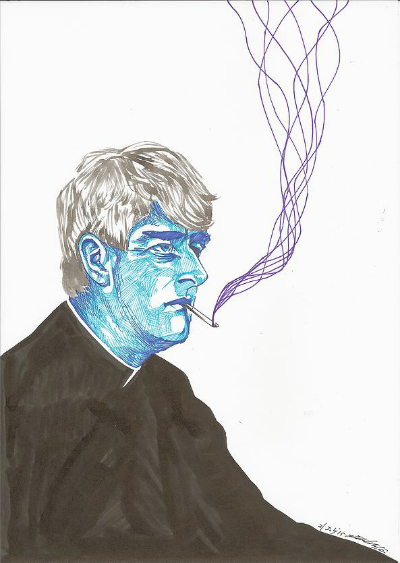 AM: You described Father Ted as “a piece of art”. Can you explain what you mean by that?

SK: One of my personal definitions of art is that it is something that has reached a point beyond people's expectations. Father Ted has obviously reached such a point regarding its popularity, history, the impact of its jokes and so on, and that's why it's still unbelievably popular 20 years since it was first broadcast. It’s much more than – and shouldn’t be thought of as – simply a commercial sit-com. As well as that, [the show] Father Ted is very high-brow. It has layers of contexts such as Irish history, Catholicism, contemporary political issues, pop culture, films, books… One needs to be very knowledgeable across a lot of subjects in order to understand all the jokes. For example, a viewer wouldn't get Dougal's joke in the episode “Grant unto him eternal rest” when Ted is giving him a gesture quiz about Jaws. There's a moment when Dougal says, “Salem's Lot”. Obviously, kids wouldn't have a clue about what that is, and even most adults have never heard of such a specific niche film. These kinds of high-brow jokes are everywhere in the show. 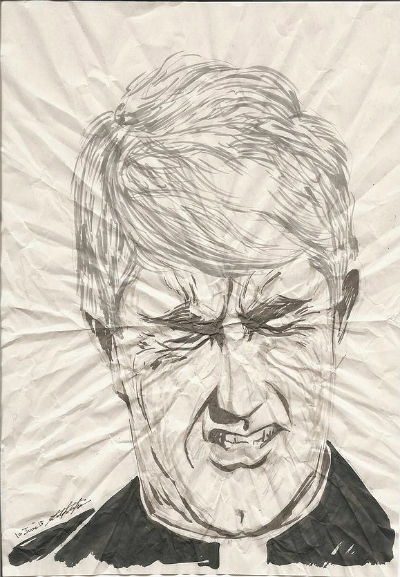 AM: So, onto the portraits themselves. What medium or media do you use? 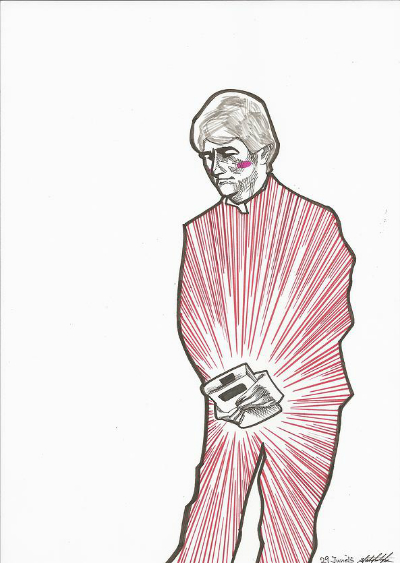 AM: How long does each portrait take you? Now that you’ve been doing them for a while, have you found a rhythm? Or do you even set yourself a time limit?

SK: Between 30 minutes up to sometimes 2 hours. I can't verbally explain quite what I mean, but yes, I do kind of have a rhythm now. 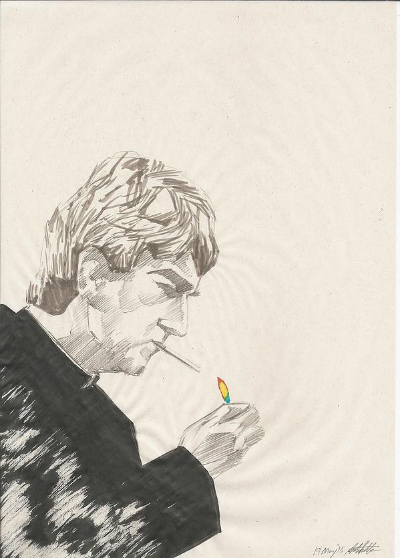 AM: Do you ever not feel like doing a portrait?

SK: Fortunately, I have never felt that yet.

AM: What challenges has this project thrown up that you maybe weren’t expecting?

SK: There have been a few minor challenges including the use of different techniques and materials. Also, sometimes I feel a bit challenged to draw particular character, but they are only minor and I've never felt what I would call a big challenge. I'm just having my fun and that's all that matters. 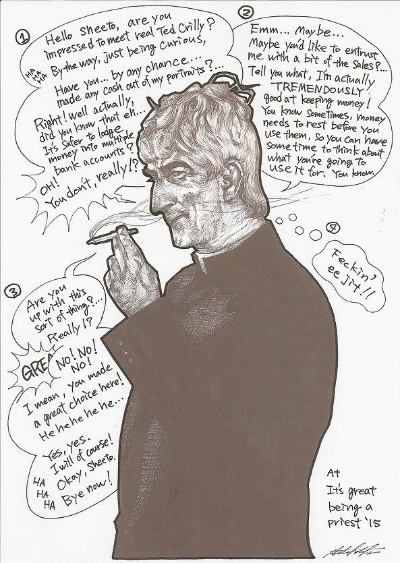 AM: Three years would be well over 1,000 portraits. Do you eventually plan to display them (or as many as possible) in an exhibition?

SK: I don't know about the future, but sure, why not!

AM: What are you working on besides the Ted A Day portraits?

SK: I make a self-portrait in Manga style every day. I am also working on a series called Irish Blood – sketches of Irish people and Irish descendants that can be found on Wikipedia. Apart from that, I receive other commissions and work on commercial projects. A couple of days a week, I also work for a stage set and prop production studio. Besides art, I also make music mixes under the DJ name DJ Father Fintan Stack. 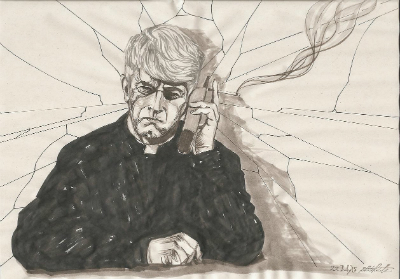 You can find out more about Shota Kotake via his website.

Utterly bizarre. I love it.