McCann Erickson has launched a new campaign for the US Army, which aims to help the American public understand exactly what makes the Army so unique and vital. The idea for the campaign emerged from market research that revealed most Americans, even those with loved ones in the armed forces, were unaware of exactly what makes the US Army unique. In the past, of course, marketing for the armed forces in the US, UK and across the globe, has focused on the benefits of the career on the individual soldier.

The campaign emerged from market research, which revealed most Americans were unaware of what makes the US Army unique

This new campaign bucks the trend, instead choosing to support recruiting by defining more precisely what and who the Army is: “The broad scope of missions it performs on behalf of the nation, and the elite teams comprised of highly skilled professionals that make the Army all that it is.” The campaign launched over the weekend, headlined by a 30-second TV commercial called “Tunnel/Special Forces,” which can be viewed below. Three additional spots are also to air nationwide in the coming weeks.

The new spots also aim to blur the line between sports teams and the team soldiers form in the Army, which should have an emotional connection with most Americans, who will associate with their favourites sports teams. The connotations of a “Team,” reflect support, inclusion and loyalty, all of which are qualities the Army hopes viewers recognise in its own ranks.

The idea is to “Encourage viewers to support, join, or recommend the team that makes a real difference: the U.S. Army team.” As well as exposing audiences to the teamwork angle of the Army, every clip ends with an unexpected application of the Army’s expertise, which shows just how varied and unique the career can be. For example, the video above reveals a soldier conversing with a local overseas in their native tongue, intimating that those skilled in languages could be a perfect fit for the Army.

The idea behind the campaign is to “Encourage viewers to support, join, or recommend the team that makes a real difference: the U.S. Army team.”

Mark S. Davis, deputy assistant secretary of the US Army Marketing and Research Group (AMRG), said “Before there could be a United States of America, the nation needed the US Army in order to gain independence and embark on the unique experience that is America.” He adds that “Army Soldiers, from 1775 to today, have always been America’s first team,” bringing together, “A diverse set of talents, ultimate professionalism and uncompromising values to make things happen.” He says what makes the US Army unique, and what the campaign strives to drive home, is that “The US Army always answers the nation’s call and no matter the mission, the environment or the difficulty; and, the Army has the scope and capability to adapt, learn and advance in order to get the job done.” 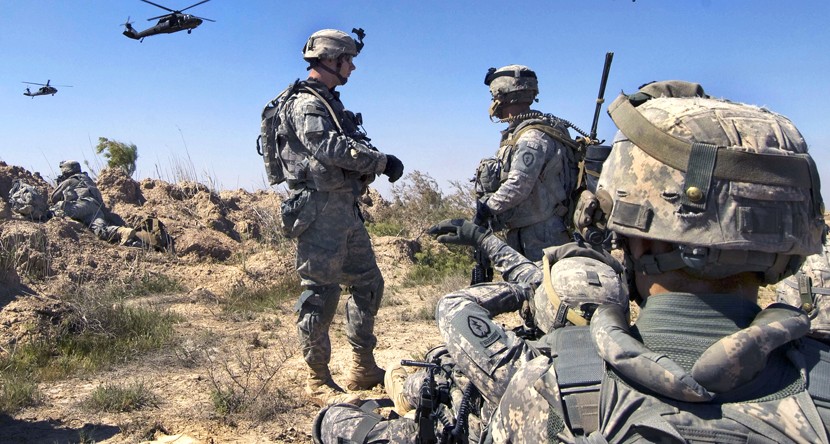 The campaign will also be fully integrated across other AMRG efforts including, digital, social, public relations and event marketing.