To celebrate the credit card brand's 19th year of sponsoring the Brit Awards, MasterCard have teamed up with celebrated producer (and BRIT Award winner) Mark Ronson to give six of his fans the chance to record a cover of his ubiquitous hit “Uptown Funk.” This 'Priceless Cover' is part of the brand's Priceless Surprise campaign from McCann London, and the idea behind this particular stunt is to underline how MasterCard and the annual awards are helping bring fans and artists closer together.

'It’s an honour that such talented people are interested in my music, and I loved working with the group' 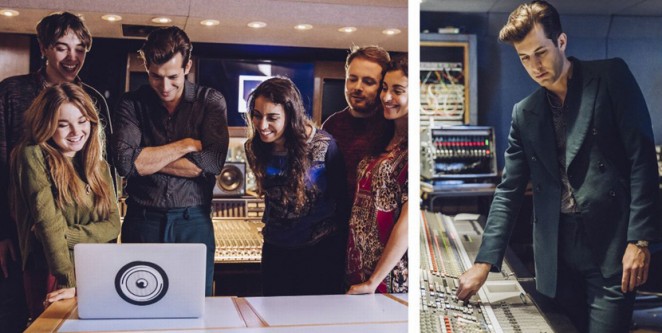 As a part of the campaign, Ronson selected his fans from YouTube for the quality and originality of their covers of the track, and invited them to the legendary Abbey Road Studios in London. The lucky group were under the impression that they would be recording their version of the track (which was the biggest selling song of 2015) themselves for a documentary about the popular DJ/Producer/Songwriter. However, when they arrived at the studio, Ronson himself showed up to produce the cover, featuring all six fans together. Targeting music fans across the UK, the campaign is running online across Facebook and includes paid social advertising, PR, BRIT Awards sponsorship idents, OOH and DOOH advertising at Greenwich underground station and the O2. Media planning and buying is handled by Carat UK, digital, social and sponsorship by Big Group and PR by Kaper.

Shaun Springer, Head of Brand and Sponsorship, MasterCard UK & Ireland, said: “Our sponsorship programme is about creating experiences that connect MasterCard cardholders to the things they love in new and surprising ways. We understand how passionate music fans are, and Priceless Surprises is our platform for helping those fans share their love of music, and connect them to their favourite artists in truly priceless ways. Mark Ronson is a huge global talent, and we’re honoured to be working with him. It was fantastic to help him bring together a group of his biggest fans through a shared love of his music, and create something so unique. Music fans can expect more Priceless Surprises from MasterCard ahead of this year’s BRIT Awards.” Ronson added: “It was brilliant to bring together six unique talents and produce a new cover of my track. It’s an honour that such talented people are interested in my music, and I loved working with the group, they shared such a good energy, and we created something special. It’s the first time I’ve ever produced a cover of one of my own songs, and I really enjoyed it.”

The cover track was recorded by Glaswegian students, Anna Shields on lead vocals with her duet guitarist Blair Crichton, Glasgow sisters Laura and Sarah Ayoub on cello and violin, Okrney-born guitarist Ross Campbell, living in Edinburgh and London based ukulele player John Atkins. Mark Ronson has been nominated for British Male Solo Artist and British Producer of the Year for the upcoming BRIT Awards. The BRIT Awards 2016 with MasterCard take place Wednesday 24th February at The O2 in London. Ronson also reportedly has further surprises in store for the campaign, with another yet-to-be-announced artist set to join him for a series of secret gigs.