Making and breaking the grid with Ben Statham

As his experience taught him, Ben Statham also loves breaking plans. The unexpected always brings along a certain thrill, and no one could know that better than a photographer, constantly admiring beauty to capture the unpredictable.

For this Member Spotlight, we are learning more about the story of a passionate photographer with an undying love for nature. 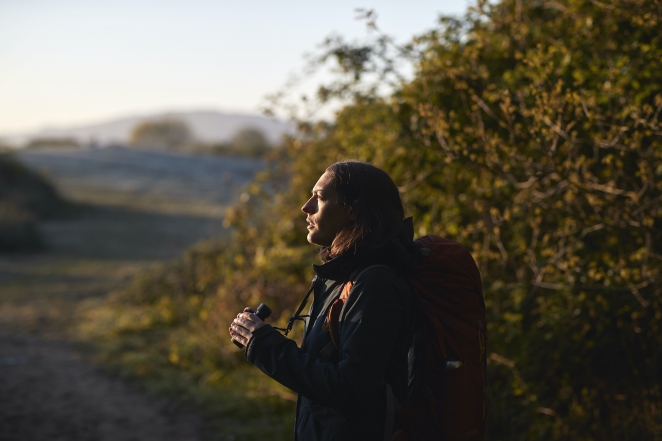 As a teenager my incredibly encouraging parents got hold of a Nikon Coolpix something or other, it swivelled like a Rubix Cube. I could shoot and shoot, which eventually led to me studying for a photography degree at Nottingham Trent University. After the obligatory messing about period, and a couple of withering feedback sessions, I got my head down and picked the tutors who scared me the most, as it became apparent that if the work’s no good, no amount of talking can change that.

After graduating a friend put me in touch with a cousin who needed an assistant. It was pretty hands on, more power tools than I had imagined, but it opened my eyes to the brevity and hard work that goes on outside of the critical theory world I’d just come from. After that I assisted lots of brilliant photographers and started to hone who I worked with according to my interests.

At the same time I was shooting gigs and festivals for a few agencies. It was all about making the best work you could in a very short space of time, and spending long days on your feet in all weathers. I did that for a few years but it didn’t feel like a particularly viable career outside of London. From there on out I sought all sorts of work to establish my favourite fields (and rule out others), and slowly focused on a few key areas. 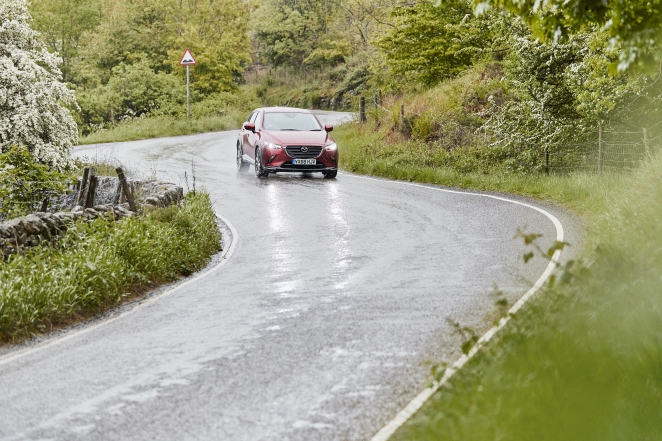 I’m based in the lovely Wharfe Valley in Yorkshire, and I have a studio space in Ilkley with a view up onto the moor, which I feel extremely lucky to have found. The valley runs West to East so we’re treated to some really stunning sunrises and sunsets, and in spring and autumn the river often creates cloud inversions, which can lead to some last minute priority shuffling and an early alarm clock!

I’ve worked with a variety of clients, be it direct or via an agency, from charities and clothing brands to investment firms. It’s exhilarating never quite knowing what’s going to come my way; from automotive shoots for Mazda Stories, to a feature for German cycling magazine Tour Magazin ahead of the UCI Road World Championships held here in Yorkshire last year. 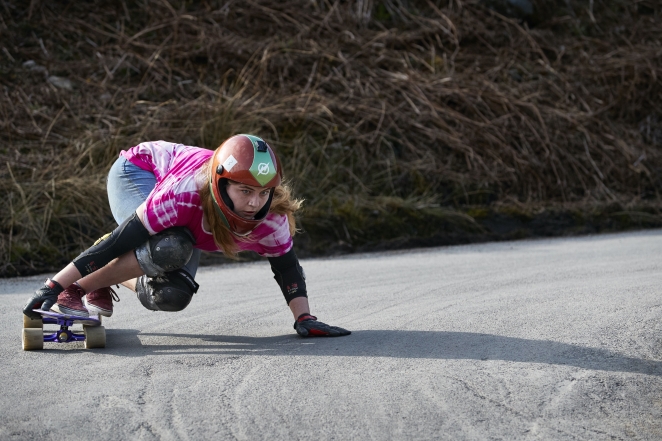 I love gardening. Perhaps as an amateur it’s because in many ways it’s the antithesis to photography (in my experience). You pop something in the ground, and then three months later you see if your experiment has worked or not. Maybe the next year you put it in another place and see if it prefers a bit more shade, or sun, or heavier soil, or shelter from the wind, or maybe it needed more water. I enjoy seeing how these conditions relate to that plant, and how that plant relates to that insect and so on. It’s an opportunity to create, play, consider, plan and make mistakes; and sometimes it just feels good to dig a big hole. 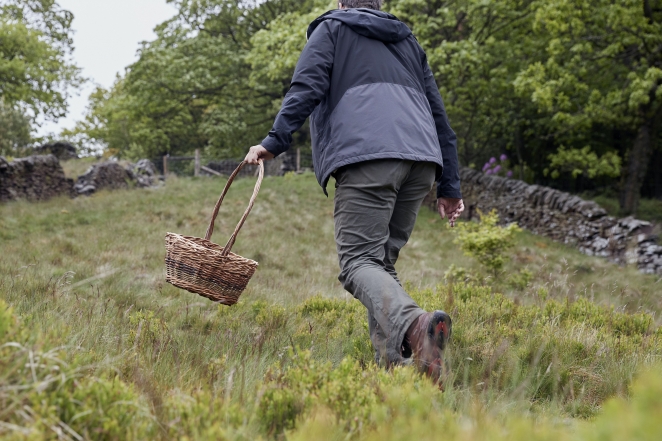 Shoot days can often be quite frenetic, so the first thing I do is talk, ask questions, and listen. I find that in some way or another many people have part or fully formed notions of how photography or photographers work, and I have no idea where my practices fall within that, so it’s good to talk honestly and openly as early as possible, and continually after that.

As I’m nearly always working on location, I like to plan and plan and plan. Having the logistical matters sorted means you can focus as much as possible on making an image. On a shoot, initially I like to stand back and see how a given situation is playing out, or ask people to run through their actions, then get stuck in and explore the variables when all the pieces are moving, like going from a telephoto and staying put, to adopting a standard or wide lens and moving with the subject, or by exploring the emotional range within the scenario. I’m pretty mobile and active when shooting; it’s probably partly derived from my time shooting festivals, where you kept light on your feet and refined while you kept up with the subject. Sometimes this means you have to get muddy and lie on the floor.

There’s also lot to be said for getting up early and staying out late.

I’m quite overawed at the sheer amount of information we have at our fingertips now. You can explore a landscape on Google Earth, see where the sun will rise and where it will first illuminate, pull up the Ordnance Survey app to see how to get there on foot, and how long that will take, and what the elevation change will be, and then use Sunseeker or The Photographer’s Ephemeris to double check when and where the sun will be. It’s such a phenomenal range of tools. I’m a bit of a luddite in some respects given I work in a digital medium, I’m a bit overwhelmed by the interconnectivity of everything, but I really appreciate being able to do so much while sat at my desk.

I would also say that camera technology has come such a long way. If I can literally run after a cyclist, and shoot while they ride (thanks to autofocus and frame rate improvements), why not give it a go and see what happens? I like to plan, but I enjoy the surprises that technology has enabled. I find photographing movement enduringly fascinating, it’s like recreating the Eadweard Muybridge studies, you uncover some hidden mystery about the subject. 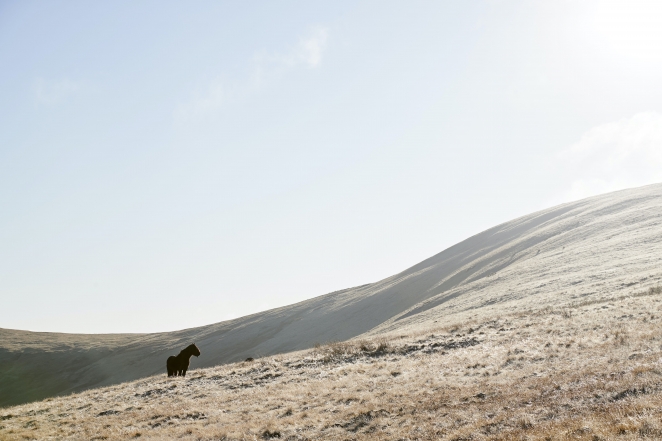 I try to circle back to what made me passionate about photography in the first place, so I really value being able to put my boots on and just walk and shoot. I might make a single image, start off a project or just lug around my camera with nothing to show for it, but I’ll never know without heading outside.

I sporadically make time to look at photography, but when I do I like to make sure it is the whole focus of that time and try to engage with it as best as I can. I’m lucky to have a great peer group who I speak with often, and I’ve found being a member of the Association of Photographers (in the UK) has provided a wider yet platform for facilitating conversations around all areas of photography, from the business side to nurturing creativity and everything in between. I also appreciate looking at older work and appraising it against the context of something more recent. I keep notes on a whiteboard, which means they don’t get buried under stacks of paper. It sounds ridiculous but it’s really helped my focus.

I like to be outside, so being in the garden, walking and cycling, it never fails to instil some calmness. I’ve always enjoyed the natural world too, so taking binoculars out is a must. I nearly always do all of this with my wife who, among many other things, brings a balanced perspective to my life.

We’re lucky to have lots of friends and family living nearby too so we spend a lot of time with them. 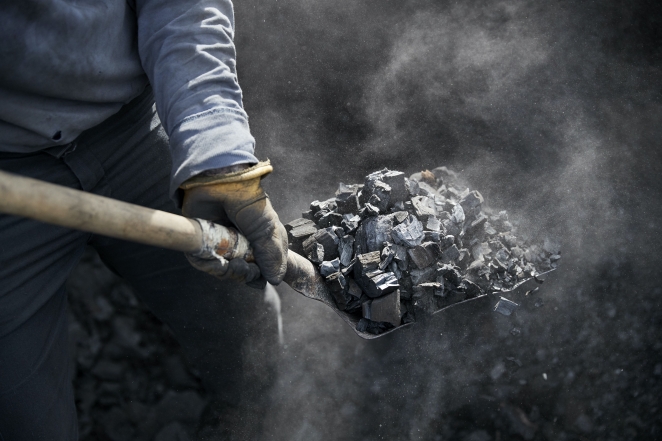 Critique yourself and every part of your practice, but be kind to yourself too. Talk to other people about your work, it’ll either change your outlook, or help affirm your decisions. Set short, medium and long term goals. Seek to work in fields that interest you; it’s incredibly hard going so you might as well make it as enjoyable and rewarding as you can. The lines between your self and your work are blurred to say the least, so you need to sustain yourself emotionally as well as financially.

I’ve sent email blasts to thousands of people at once, and had far more engagement by sending out a dozen hand written postcards that have paid attention to what people do and why I think I might be a good fit for them. It’s worth the time and money to stand out.

Finally, people will hire you for a range of reasons, one of which may well be if they can get along with you. You might be sat in a car together for hours, so be professional but try to get along with people too.

That people can access unbiased and accurate information and have the freedom of creative expression to react to it.