Looking Forward: What Will 2020 Bring for Digital Advertising?

Over the last ten years, digital advertising has come a very long way. At the turn of 2010, we were only beginning to see the very early potential of video ads, we weren’t quite aware of the impact that social media would have on the industry and mobile phones were soon to introduce a new wave of digital advertising.

Since then, we’ve seen digital ads and the technologies that power them continue to mature, as consumers become ever more conscious of not only being bombarded by flurries of irrelevant content, but also of their data privacy.

Maxime Chevallon, Chief Operating Officer at Adcash, turns his attention towards 2020 as the world’s digital advertisers take another step away from the ‘spray and pray’ approach that we’ve seen so often over the last decade. Instead, he feels that successful campaigns will be built on targeted, relevant ads that engage consumers far beyond an image on a page. 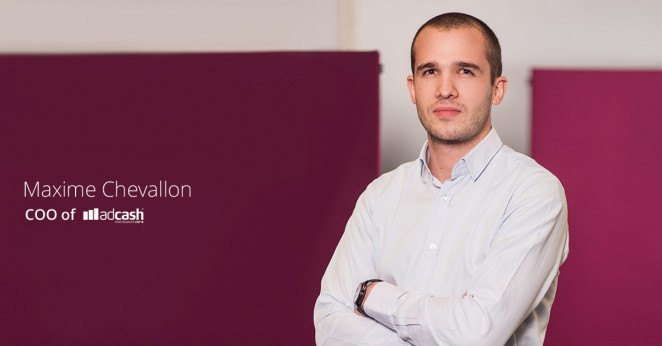 In recent years, we’ve seen consumer’s eyes shift away from TVs and broadsheet newspapers. Instead, the internet has come to dominate, and while throughout the 2010s much of our information was digested on desktop devices, we’re now seeing this trend transcend across the entire mobile space. Whether people are shopping, reading the news, watching videos or gaming, it can all be done on a handheld device, and we expect that in 2020, digital ads will find new ways to take advantage of this ‘one device’ culture.

As ‘search’ in all of its forms continues to become more popular on mobile, many advertisers will start paying more attention to mobile-web ads, and how they can best target users browsing on their smartphones. According to Advertisemint, 15% of all time spent on mobile devices is in browsers; whether you’re on Safari or Google Chrome, that’s a considerable amount of time considering how much time we spend watching videos, gaming and scrolling through social media.

“15% of all time spent on mobile devices is in browsers"

As a result, mobile-web ads are expected to flourish in 2020. In 2019, Google announced the arrival of mobile-web gallery ads and a new inventory for Showcase Shopping ads. There is a growing emphasis on mobile-web ads, and these innovations are expected to continue, along with the development of a wide range of digital ads such as banner ads, interstitials and even push notifications.

The Power of Machines

The last decade saw a meteoric rise in the general use of Artificial Intelligence (AI) and Machine Learning (ML) in the general tech landscape - a trend which is now emerging strongly across the digital ad space.

These technologies utilise sophisticated ML algorithms to automatically optimise bids and offer auction-time bidding capabilities that tailor bids for each and every auction. With the rise of ML, we will likely see a rise in the use of Cost-Per-Acquisition (CPA) target tools, which enable advertisers to reap as many conversions as possible, at or below the target CPA set, by making automatic adjustments to the campaign bidding without requiring interference from advertisers themselves.

With ever-growing scrutiny over budgets, ML allows advertising teams to get the most efficient return on their spend whilst eliminating much of the heavy lifting from the campaign building process.

The Crackdown on Ad Fraud Continues

Global ad fraud was believed to have reached an incredible $23 billion in 2019, according to Cheq, and while we may have seen further attempts to diminish the impact that it is having on digital advertising, efforts so far clearly haven’t been enough.

It is estimated that $5.8bn of that sum is a result of bot fraud alone - something which seems to be on the rise. In 2020, Chief Marketing Officers need to be more wary of ad fraud and should be going out of their way to keep up with the latest developments around the subject. Whether they’re leveraging demand-side platforms to utilise supply path optimisation, or placing less reliance on open exchanges, CMOs need to work closely with trusted industry partners to ensure they are operating safely and with little risk to both their business and relationship with potential customers.

One of the biggest lessons learned by advertisers over the last decade was that many ads are frustrating a lot of audiences and even damaging the relationship a consumer has with their brand. Whether it’s the overuse of certain formats, or consumers being inundated with irrelevant content - the online user experience can be easily ruined thanks to ads, and it’s integral for advertisers and publishers to strike the right balance.

To counteract these pain points, advertisers should be looking to leverage ads much more carefully than they did in the previous decade. According to Kantar, 70% of consumers say they see the same ads over and over again and only 11% actually enjoy advertising. In 2020, it’s imperative that advertisers address these issues, and crafting more thoughtful campaigns based on targeting a user’s actual interests rather than their personal data profile can go a long way to fixing them.

In another ten years’ time, it’s likely that the advertising landscape will continue to transform just as much as it has over the last decade (if not more). The 20s will bring about a level of maturity for digital advertising that we’re yet to see. Consumers are much more aware of when they’re being advertised to than ever before. It is now down to advertisers to cater to this to create engaging user experiences and strike better conversions both now and in the future.