Since I reported on the Garden Bridge last week, it appears there has been something of a reversal in its potential fortunes. Public opinion has been mixed from the start, but whilst it appeared the £175 million plan was previosuly certain to go ahead, reports unveiled over the past week seem to suggest that the project has lost political support, and has become mired in even more controversy. Local opposition is also mounting, as Lambeth, the local council at the bridge’s southern end, put on hold land-leasing negotiations for that part of the site. It wants a promise from Boris Johnson that public transport funds will not be used to help pay for the bridge’s estimated £2 million-a-year running costs. A gigantic sewer is also planned to be built beneath the Thames in 2017, so the bridge’s foundations will need to be in place by then, which is currently looking unlikely. I’ll remain on the fence (or should that be on the bridge?) for now, but in all honesty, it’s looking like the Garden Bridge could end up being little more than a pipe dream.

London is known for many things: Its culture, its perpetual traffic jams, its wealth of world famous landmarks and its almost unparalleled eclecticism. What it's not known for, however, is its greenery. Yes we might have Hyde Park and Clapham Common, but by-and-large, London is vast urban sprawl, so for every hint of green there are a hundred more slabs of grey and brown. So it's no wonder many Londoners are getting behind a new initiative that will bring a liberal wash of green to the middle of the River Thames in the city centre. Of course, many more are not getting behind it (and with good reason), but more on that later. I'm talking, of course, about the controversial “Garden Bridge,” which recently received a major boost when a wealthy businessman pledged a cool £2 million towards what is being described as a “Beautiful new landmark for London.” 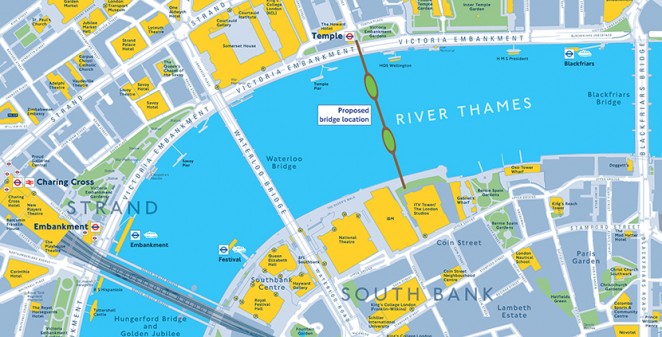 A map detailing where the bridge will be built

Ian Taylor, the CEO of energy trading firm Vitol, and his Taylor Family Foundation revealed this week as the latest donors behind the £175 million, 1200 foot long pedestrian crossing, which will link the Temple and South Bank district across the Thames, and is due to be opened in 2018. The money, however, will pay for just one of the gardens on the north landing of the bridge, which was conceived by actress (and Gurkha enthusiast) Joanna Lumley and designed by London Olympic cauldron and Boris Bus creator Thomas Heatherwick, who was chosen alongside lead consultant Arup for the scheme back in 2013.

The Taylor Family Foundation has donated £2 million to the controversial, £175 million, 1200 foot long London Garden Bridge set to be built across the Thames in 2018

Taylor said: “The Garden Bridge is a fantastic project that will transform London’s landscape. It is a privilege for The Taylor Family Foundation to play a part in the development of a beautiful new landmark that will not only provide a new means of travelling across the Thames, but will be a destination in its own right for everyone to enjoy, free of charge.” Lord Mervyn Davies, chairman of the Garden Bridge Trust, added: “We are thrilled to have the Taylor Family Foundation on board as one of our major supporters. It is thanks to their generosity and the support of so many donors that London’s newest and most imaginative green space is coming to life.” 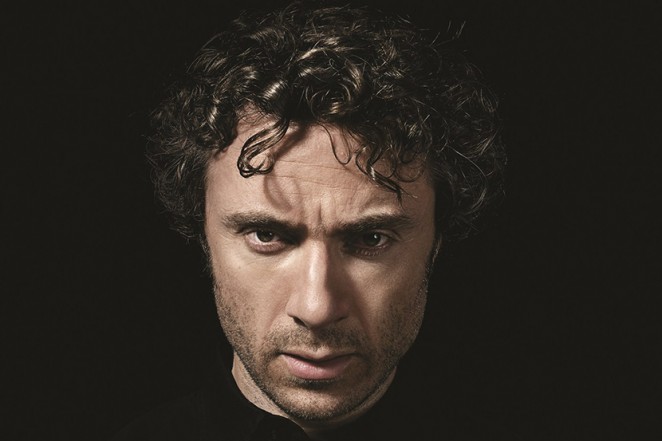 The donation comes after a series of setbacks for the project, which already has full planning consent but has been criticised for the £60 million of public funding put behind it (so far). Last week, Lambeth council said they were suspending negotiations with the Garden Bridge Trust over concerns that not enough has been done to source private sector cash. Meanwhile Labour Mayoral candidate Sadiq Khan (who described the project as “Another one of Boris Johnson's white elephant projects”) pledged to scrap the scheme if he is elected next May. There was also a heavily publicised audit a few weeks ago regarding Transport for London's involvement in the scheme, but the internal investigation found that there is no evidence that TfL procurement for the Garden Bridge scheme in London will not provide value for money.

The donation comes after a series of setbacks for the project, which has been heavily criticised for the £60 million of public funding put behind it

Around £140 million has already been pledged towards the cost of the bridge, with capital costs to be 65% funded by the private sector. The Treasury and City Hall have each committed £30 million towards the scheme with a further £67 million so far pledged from private donations. However, concerns have also been growing over access to the bridge, with suggestions that space constrictions would require ticketed access, and that the bridge would be closed once a month for corporate events.

An artist's impression of the finished bridge

Adding further fuel to the fire, a surprisingly exhaustive list of “Prohibited Acts” were recently unearthed, each of which will reportedly be forbidden on the bridge. They include:-

Around £140 million has already been pledged towards the cost of the bridge, with capital costs to be 65% funded by the private sector

So it seems like George Orwell has nothing on old Boris. But I'm not a Londoner (and god willing never will be), so do I really have the right to comment? Are you a Londoner? And if so, what are your thoughts on the Garden Bridge? Are you for or against it? Feel free to sound off in the comment section below! 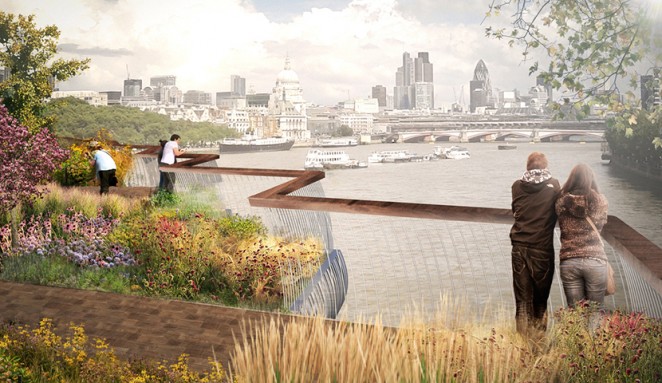 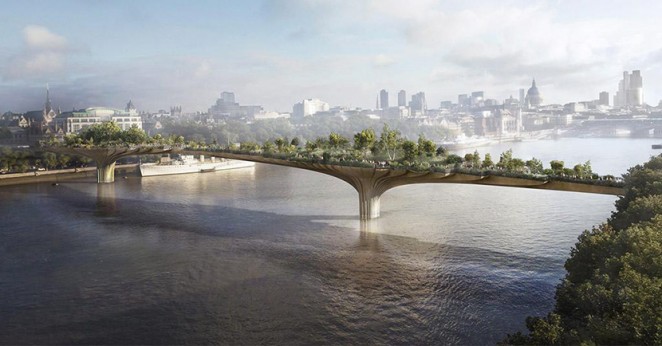